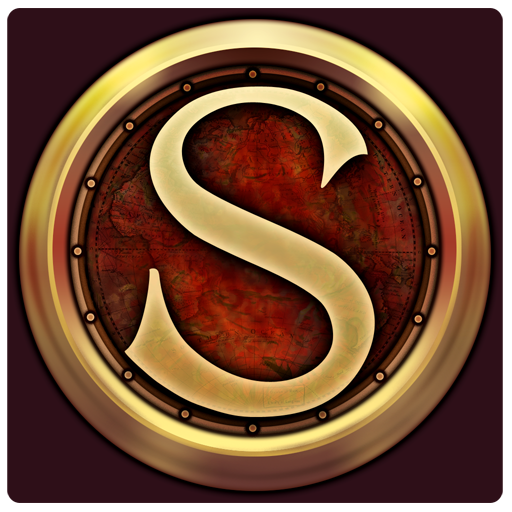 by  Animation Arts Creative GmbH
Rated: Guidance Suggested
3.4 out of 5 stars17 customer ratings
Price: $1.11
Save up to 20% on this app and its in-app items when you purchase Amazon Coins. Learn More
Sold by: Amazon.com Services LLC
Available instantly

PRESTON STERLING AND THE LEGEND OF EXCALIBUR is an adventure that will transport you into the world of English myths and legends. Tackle tricky puzzles and enjoy an exciting story, lovable characters and stunning scenes and locations!
• AN INNOVATIVE DESIGN
The game's quick-to-learn touch controls and gradually increasing level of difficulty make the adventure easy to grasp, even for beginners. It also offers dynamic help tools and optional tips to help you to successfully master frustrating stages of the game without missing out on the fun involved in solving the challenging tasks and activities faced by Preston.

• AN EXCITING ADVENTURE
Preston Sterling is an adventurer, traveller and treasure-hunter all rolled into one. He's normally never afraid of a challenge, but his new job quickly tests him to his limits. Preston's latest task is to find the most mystical artefact in English mythology: Excalibur, the sword of the legendary King Arthur. Little does he know, however, that the hunt for this fabled treasure will involve far more danger than he could ever have imagined ...

• REALISTIC SCENES AND LOCATIONS
Experience an amazingly detailed and lovingly created world of adventure. Every location on Preston's journey has its own special charm that contributes towards your exciting game experience.

• NO IN-APP PURCHASES
The game contains no in-app purchases or micro-transactions. Purchasing the game provides you with full access to all content and features.

3.4 out of 5 stars
3.4 out of 5
17 global ratings
How are ratings calculated?
To calculate the overall star rating and percentage breakdown by star, we don’t use a simple average. Instead, our system considers things like how recent a review is and if the reviewer bought the item on Amazon. It also analyzes reviews to verify trustworthiness.
Top reviews

Ambo
1.0 out of 5 stars Don't waste your money like I did
Reviewed in the United States on January 16, 2018
Verified Purchase
No skipping. Controls suck big time.
Read more
Helpful
Report abuse

twohot2handle1222
5.0 out of 5 stars LOVE LOVE LOVE!!!!!!!!!!!
Reviewed in the United States on April 27, 2016
Verified Purchase
Please make more like this... Didn't want it to end... It was not too short but not long either.. Finished the game in an hour but it was worth it..... Please make more soon..!!!!!!
Read more
One person found this helpful
Helpful
Report abuse
See all reviews

Fintan15
4.0 out of 5 stars A bit short but a nice solid adventure
Reviewed in the United Kingdom on September 3, 2019
Verified Purchase
I hated the constant spinning shield every time you changed location or something happened. However many adventures seem to have a blank screen when locations are change so it was better than that, just rather annoying. The theme was a bit basic, yet another King Arthur thing, and the premise of a bounty hunter who ignored loads of really valuable scrolls and books just to get at the chosen sword seemed to make for a very callous 'hero'. I would have liked more chance to interact with some of the cut scenes, rather than watch things happen, and some of the movements such as when he ran along a tunnel to escape something, was not easy to work with no controls visible. However it was enjoyable with a number of puzzles to work on, and the storyline was OK ish. I would have liked it to be much longer, and it could have been as the ending was not really satisfactory. It was in the sort of Adam's Venture style of adventure game which I enjoy and at least I didn't have to give up in despair with this one as the Adam's Venture ones tend to rely here and there on timing which is really hard on a laptop or tablet. I did enjoy it, spread the sessions over a couple of weeks and will probably play it again. I note that the next adventure promoted at the end of the game has not materialised though, despite this review being 3 years after the Preston Sterling game first came out. Shame.
Read more
Report abuse

Tascha
2.0 out of 5 stars Really not my thing
Reviewed in the United Kingdom on December 10, 2018
Verified Purchase
Really wish I hadn't bothered. Not my thing but thought I would give it a go. Deleted after an hour as was bored rigid with all the stop start and the sterling logo popping up as it went backwards and forwards. A bit clunky and the puzzle side of things were a tad none brain inspiring but for the price was to be expected. If you want something engaging that will have you riveted to game play this isn't it but if you want something to pass a few minutes here and there it would suffice and not cost the earth.
Read more
One person found this helpful
Report abuse

Rea_Xue
5.0 out of 5 stars Great game!
Reviewed in the United Kingdom on January 10, 2018
Verified Purchase
Excellent adventure, rpg, point and click, good storyline (ah! King Arthur)... I was looking for the next part, but life is not perfect. I really enjoy it, I will recommend it...
Read more
5 people found this helpful
Report abuse

Lionheart
3.0 out of 5 stars Don't blink.
Reviewed in the United Kingdom on September 5, 2018
Verified Purchase
Too short, I completed the whole game in a couple of hours.
Read more
2 people found this helpful
Report abuse

tiger
2.0 out of 5 stars Not for me
Reviewed in the United Kingdom on March 8, 2019
Verified Purchase
Not my type of game format
Read more
Report abuse
See all reviews
Amazon Appstore Return Policy
Back to top
Get to Know Us
Make Money with Us
Amazon Payment Products
Let Us Help You
EnglishChoose a language for shopping. United StatesChoose a country/region for shopping.
© 1996-2021, Amazon.com, Inc. or its affiliates