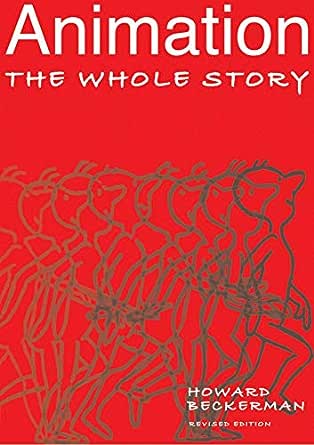 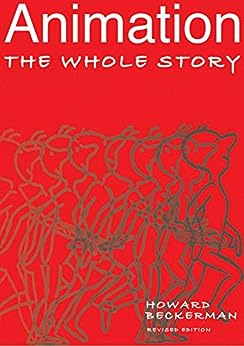 Praise for Animation: The Whole Story

"For over thirty years, Howard Beckerman’s students have benefited from his great knowledge and expertise. Now, with the release of this book, a far wider audience will be able to share his unique vision of this compelling art form." —Reeves Lehman, Chairman of Animation, The School of Visual Arts

"I was fortunate enough to learn the art of animation from Howard himself when I was starting out. For all those out there who weren’t so lucky, here’s his course, in book form. Insightful, useful, conversational, and thorough, Animation: The Whole Story is a valuable learning tool. Howard is a skilled technician, but more importantly, a true artist, and his insights into the creative process will be a revelation even to those who know him well." —Richard Gorey, animator and author of The Great Rabbit Rip-Off

"Howard Beckerman has created a loving and detailed look at the history and mechanics of animation and has boiled it down to its essence."—Peter de Sève, character designer and illustrator --This text refers to the paperback edition.

"It All Starts With the Pencil" In "Animation: The Whole Story", a Mastermind of Classic Animation Shares His Legacy Allworth Press, New York. In the battle between digital vs. hand-drawn animation, many schools these days are deeply divided—but not Howard Beckerman, animation professor at the School of Visual Arts in New York. What counts is not the medium, the artist and director argues, but whether or not an animator is able to tell a good story. Beckerman, one of the most versatile working animators in the United States, is known in the animation world for having perfected the art of telling an entertaining story simply. He is also the author of the newly released Animation: The Whole Story, a multi-layered tribute to the art, technique, business, and history of making animated movies. Co-published with the School of Visual Arts in New York, Animation: The Whole Story will be released to stores in February 2004. Howard Beckerman has worked in the world of classic animation for more than forty years, hand-drawing thousands of animated characters from the ranks of Mighty Mouse, Heckle and Jeckle, Popeye, and Winky-Dink. In 1970, he opened his own studio, Howard Beckerman Animation, and took to directing animated shorts and TV spots. As a teacher of animation at the School of Visual Arts, Beckerman is a daily witness to the attraction digital technology has over students. While he has also directed computer animation, the artist feels that it overshadows the classic skills that animation is built upon, especially storytelling, characterization, and drawing: "Many animation students are attracted by the technical potential of the computer. But no matter whether you use computers or traditional animation, you first have to draw your characters, do a storyboard, and create believable characters. It all starts with the pencil." In Animation: The Whole Story, a rich overview of the history, mechanics, and techniques of animation, Beckerman provides a comprehensive introduction to these classic skills. Spiced with his hallmark sense of humor and featuring 218 of the author’s quirky illustrations, the book gives readers a full behind-the-scenes look at the steps that lead to an animated movie, from crafting suspenseful characters and stories, creating story boards, and layout techniques to the animation process, the use of form and color, filming, creating soundtrack, and editing. With a comprehensive chapter on the evolution and history of animation technology, the studio system, and its early entrepreneurs as well as career advice both for indie artists and studio types, the book is geared both at animation students and readers seeking an inside-look at this ever-popular art and industry.

Animation: The Whole Story is based on Beckerman’s legendary animation courses at the School of Visual Arts and at Parson’s School of Design, which have influenced animators for three decades. This book is the trade edition of a work that was published under the same title and had gone out of print due to limited distribution. The Allworth Press edition has been completely redesigned and edited and reflects the deep changes that the industry has undergone recently, including the rigorous growth of digital technology.Distributed to the trade by Watson-Guptill Publications: 1-800-451-1741. Contact: Birte Pampel, bpampel@allworth.com --This text refers to the paperback edition.

Howard Beckerman has spent more than 30 years working in most every facet of animation. A teacher at the School of Visual Arts, he lives in Flushing, NY. --This text refers to the paperback edition.
Read more