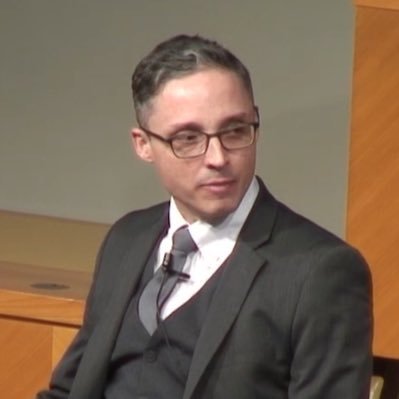 Start reading Animus: Six Tales of Crime and Terror on your Kindle in under a minute.

4.3 out of 5 stars
4.3 out of 5
4 customer ratings
How does Amazon calculate star ratings?
Amazon calculates a product’s star ratings based on a machine learned model instead of a raw data average. The model takes into account factors including the age of a rating, whether the ratings are from verified purchasers, and factors that establish reviewer trustworthiness.
Top Reviews

CJReview
4.0 out of 5 stars Like Stepping On and Off the Gas Pedal
Reviewed in the United States on May 25, 2012
Verified Purchase
I'll say it up front: I didn't like this collection, but I think the problem is that I don't particularly enjoy stories that are written as these are. The author's style is to develop stories rather slowly and then--BAM!--they end with a very sudden jolt. I am absolutely positive there is a market for this type of writing and that there are millions of folks who enjoy this sort of writing. I don't, but I also recognize this is my preference, not an indictment of the ability of the author.
Having said this, I think the book is written well and the words are used to sculpt the images well. I am giving the book 4 stars because of this, and my only wish is that the author would write more substantially. Perhaps I need to buy his book "The Hole" to see how he develops a story in a broader fashion.

sunshinedaydream
5.0 out of 5 stars I really enjoyed this book!
Reviewed in the United States on April 9, 2015
Verified Purchase
These stories are wonderful. If you like Alfred Hitchcock or Stephen King , you will love this book. I am looking forward to his next book!
Read more
Helpful
Comment Report abuse

Anonymous
4.0 out of 5 stars I follow his "blog!"
Reviewed in the United States on June 7, 2012
I don't read a lot of mystery or suspense these days, but I'm always game to read a book recommended to me by a friend. Mr. Powell is not necessarily a friend but I do follow him on Facebook, so I thought, "why not give it a read?" I just put out a Kindle ebook myself so I'm learning how valuable these reviews are!

This is a very short book (note the estimated 81 pages in the Amazon.com description) making for a fast and easy read. I read the stories in short bursts (in the morning so I wouldn't get stuck in the dark with these tales)!

The first story has notes of "Psycho" and Norman Bates, with a killer in a 1950's bow tie, a thief on the run, and violence in a motel restroom.

The second story is classic noir placed in a sci-fi setting. The hard-boiled detective redeems both himself and the sexy woman who has been naughty... because he proves that he does have a heart underneath it all.

The third story is extremely short. And it's also a sci-fi bar chase. I had to reread it a few times to really understand it.

The fourth story, in my opinion, raises this collection from three to four-star entertainment, but it is a departure from the tone of the other stories. This one focuses on some social/political issues (much like the author's social media tends to focus on). It asks a question that's been with us since the birth of mass media: does watching violent acts on television make us lose empathy? Lose patience with a more thorough and accurate justice? What if the legal system decided to cave in to popular blood lust and allow an innocent minority to be attacked by a "hostile and interested majority" (to quote James Madison from the Federalist Papers)? It's like a concerned introspection about many of the self-righteously violent dramas which pepper recent "airwaves" (24, Dexter, Saw) and highlights that natural human tendency to assign evil to the strange and the slandered. I thought this one was great. Couldn't tear my eyes off the screen.

The fifth story is short and darkly humorous, with none of the sci-fi feel that the other stories have.

The sixth story is "Rear Window" meets "Invasion of the Body Snatchers" with some humor sprinkled in.

So! There you have it: a small short story collection with several noir, sci-fi, crime and mystery elements, definitely written from a masculine point of view, and with one thread that strings them all together: every single story involves violence with a gun. (And most involve alcohol.) Another interesting pattern is how each story involves one woman and two main male characters. So there's a lot of anima in "Animus!" (But I doubt that the title is referring to that...)

So! In short, it's not a bad read! For only $1.00, it kept me quite entertained for several hours. Can't beat that, can you?

The Book:
The anthology consists of six very different tales. Some stories are closer to the horror end of the spectrum like “Old Lady Prideaux's Terrible Menagerie" and “Snowed In”. Other stories like “Helix" and “Traffic Light” are noir themed. The remaining two stories, “What the People Want" and “Let Sleeping Gods,” have a political tone.

My three favorite stories are “Snowed In”, “Old Lady Prideaux” and “What the People Want”. In “Snowed In” Powell takes an otherwise traditional horror story of murder and plays with the narration to create a more suspenseful story. In contrast, “Old Lady Prideaux,” is just a fun supernatural horror story with a likable hero. Lastly, in the story, “What the People Want” Powell demonstrates the affect pop culture has on the legal system by creating that very system.

I hope Powell’s next book expands on his political ideas but better intertwines them with horror and noir rather than have them as separates. All in all, Animus made me remember how much fun it could be exploring a fictional world.

The Audible Recording:
Scott F. Feighner does a good job at narrating. He does just the right amount of voices without distracting from the story.

Disclosure:
I received a coupon code for the audible version of this book from the author after responding to a request to read the collection.
Read more
Helpful
Comment Report abuse
See all reviews from the United States