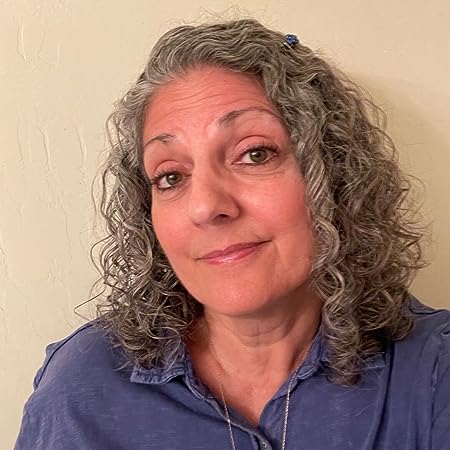 Ann guides peers through the writing, editing, publishing and word-of-mouth marketing of both fiction and non-fiction titles.

A professional writer since 1981, she opened her own award-winning home-based marketing firm, vIDEAn Unlimited, LLC, in 1996. She has served as an editor for corporations, visionary entrepreneurs, and national publishers.

She is also a novelist and, in 2016, started Absolutely Wild! Enchanted Faerie Portals & Other Whimsy—inspired by the Fae characters in her SONG OF THE OCARINA novel. This resulted in illustrating/writing an ENCHANTED FAERIE PORTALS & CREATIVE WRITING PAGES coloring book with writing prompts. She also composed and recorded an original music soundtrack to accompany her first novel RHYTHMS & MUSE.

Ann showed up in this world with a pen in her hand, a song in her heart, and the desire to share with you. She adores creativity of all types, and especially the people who live it. She “gathers” friends like flowers, including authors, musicians, and artists. The Colorado native lives in Mesa, Arizona, with her husband, two-grown-up children, and numerous invisible friends including mythical creatures and story characters.

2007: Selected by peers for the Public Relations Society of America's top honor: the PERCY Award

2004: Served as the catalyst to reintroduce white rhinos to the Phoenix Zoo 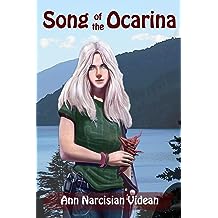 Song of the Ocarina: Book One: Delfaerune Rhapsody Series Oct 21, 2014
by Ann Videan
( 6 )
$4.99
Desperate to understand her place in the world, teenage musical prodigy Lark Turehu unwittingly follows her handsome music teacher Noel Stone into the parallel realm of Delfaerune. With her extreme height and long, silver-white hair, she already considers herself a freak in her Queenstown, New Zealand university, so how can she possibly deal with the added burden of her role as the Noble Fae's leading musical spell caster? Not only must she retrieve and master the Kura Ocarina to earn the title of the realm's "Maestra," but the faefolk expect her to use the ancient wind instrument to save the human race from extinction at the hands of the Dark Fae.
* * * * *
In Delfaerune, you'll discover a lush world where music joins with Earth energy to conjure balance among all creatures, extinct and mythical creatures talk and live peacefully, and the Dark Fae pattern themselves after burned-out human rock stars.
Read more
Other Formats: Paperback 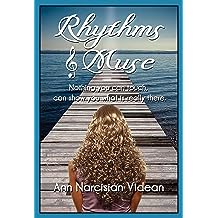 Rhythms & Muse Sep 3, 2011
by Ann Narcisian Videan
( 15 )
$4.99
Award-winning singer Alexandra Lauren witnesses a horrific car accident seen many times before in her dreams, which spurs her to reevaluate her glamorous Hollywood lifestyle. With her lofty musical goal now tarnished by reality, and her unfulfilled memories from her senior year in Coeur d’Alene, Idaho, haunting her, Alex takes a bold step to change the rhythms of her life. Leveraging her newly acknowledged intuitions, she makes a plan to reconnect not only with her musical touchstone and high-school sweetheart Matthew Roberts, but with her desire to impact lives for the good through the innocence and beauty of music.

Even though Matt holds Alex in his heart as his only muse, he resolves to ignore her existence. He cannot stay in control with her powerful presence in his life. Besides, how can he ever forgive her? In alliance with their charismatic friend Daniel, her betrayal demolished Matt’s joy in creating their hit single, not to mention their future lives, together.

Can anything in this world shift Matt’s resolve to distance himself from Alex? And, with Daniel still pursuing Alex even as his wife Kathy looks on, can Alex actually find fulfillment? Will music draw the estranged soul mates together again and guide them to realize their dreams?
Read more
Other Formats: Paperback