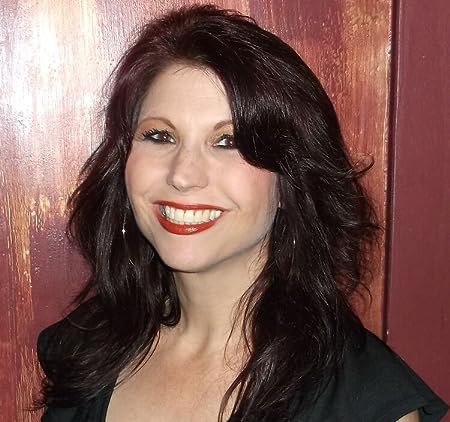 Anna works as a middle school secretary in her beloved Oklahoma hometown where she resides with her high school sweetheart-turned-husband, Tim. She has written for as long as she can remember. She still has most of her tattered creations—stories she used to sell on the playground for a dime, written on notebook paper. Her love of storytelling has grown throughout the years, and she is thrilled her tales are now worth more than ten cents. 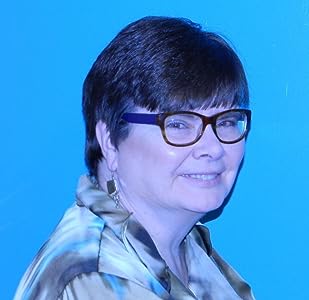 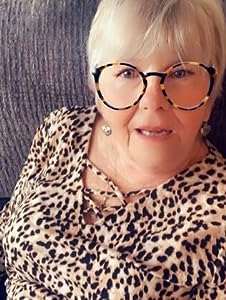 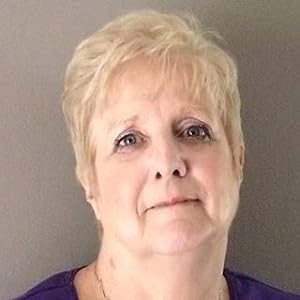 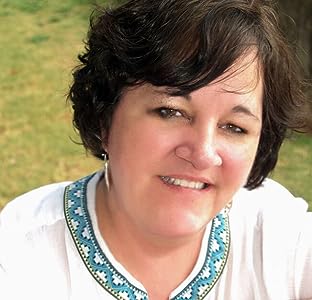 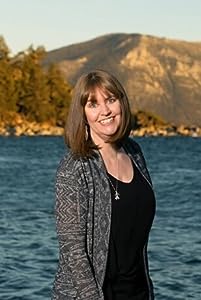 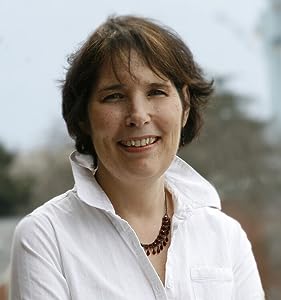 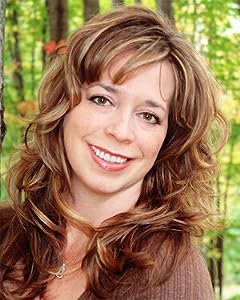 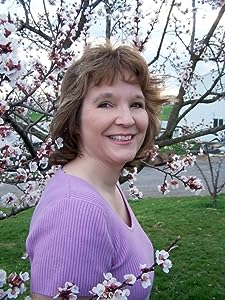 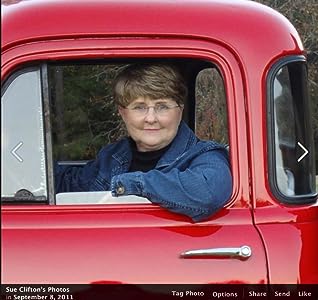 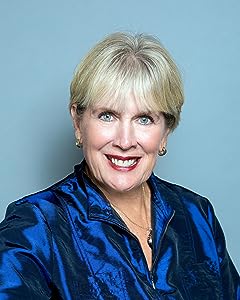 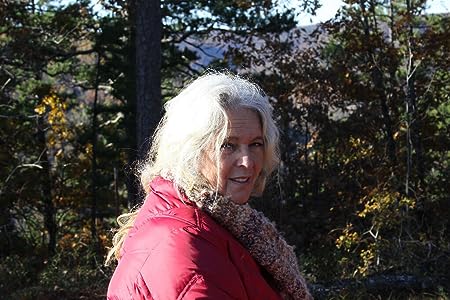 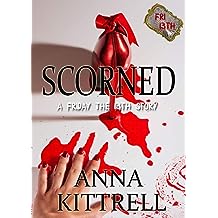 SCORNED (A Friday the 13th Story) Nov 13, 2020
by Anna Kittrell
( 6 )
$1.99
A Friday the 13th Short Story: 13 authors - 13 suspenseful stories. Murder and mayhem on Friday the 13th... Find each story in the series on Amazon.
When bank manager Gwen Chester discovers her husband, Robert, is seeing a younger woman, she does what any confident businesswoman would do—doubts herself. But her quest to get into shape leads her to a local gym, she comes face to face with Tara, the young beauty who has stolen Robert’s heart and, more importantly, Gwen’s self-worth. Overcome with rage, Gwen threatens Tara who, to Gwen’s horror, is found dead the following morning.
With all fingers, including Robert’s, pointing to Gwen as the killer, she enlists a friend’s help in a desperate scheme to find out the true identity of Tara’s murderer. The plan goes awry when Gwen finds her friend lying dead in a retail storeroom. Gwen decides to conduct her own investigation and discovers that not only is her marriage in danger—so is her life.
Can Gwen escape an intricate web of deceit and murder? Or is “till death do us part” a vow her husband intends to keep? 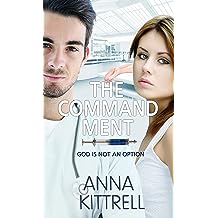 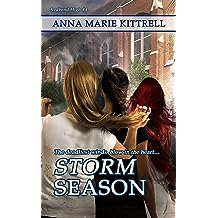 For best friends and high school seniors Molly, Lenni, and Bianca, the future is bright and right around the corner. With graduation just weeks away, the girls are ready to leave behind the emotional insanity of high school and step together into a saner, less dramatic chapter of life.

But when a courageous stranger named Raley Hale risks his life to save the girls from a deadly tornado, his fearlessness leaves them thunderstruck. As his injuries heal, the mysterious hero manages to claim each of the girls’ hearts while reclaiming his strength.

Can friendship survive the brutal winds of jealousy, heartache, and betrayal? Or will graduation from Redbend High really mean goodbye forever? 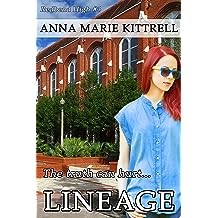 Lineage (Redbend High Book 3) Oct 29, 2014
by Anna Marie Kittrell
( 8 )
$3.99
Bianca can’t walk away from her family—she’ll have to run.
Following the death of her mother, Bianca and her dad are on their own. But when a redheaded stranger at the funeral claims to be her biological father, Bianca’s reality crumbles. She soon finds herself trapped between the alcoholism of one father, and the wicked schemes of another—with no way to escape. 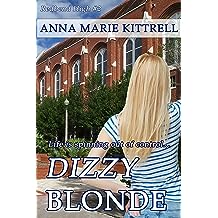 Dizzy Blonde (Redbend High Book 2) May 12, 2014
by Anna Marie Kittrell
( 13 )
$3.99
All of her life, Lenni has been the perfect child, but still her parents are divorcing. Invisible and angry, Lenni trades her innocent princess image for the rebellious likeness of her favorite rock icon, Dizzy. In an effort to shed the old Lenni, she turns her back on those who love her most, trading true friendship for a dangerous affiliation with a shady upperclassman. When deception and rumors threaten to ruin Lenni’s life, she learns the value of good friends and the importance of an honorable reputation. But can this realization save her from the clutches of danger? Or was the lesson learned too late?
Read more
Other Formats: Paperback , Mass Market Paperback 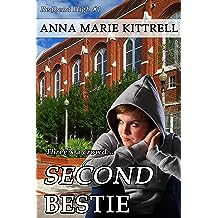 Second Bestie (Redbend High Book 1) Dec 9, 2013
by Anna Marie Kittrell
( 26 )
$3.99
New to the small community of Redbend, Molly Sanders is delighted when she and Lenni Flemming become instant friends during the final weeks of her first Oklahoma summer. However, Bianca Ravenwood, Lenni’s best friend and self-proclaimed "witch" in training, is less than thrilled. In fact, she’s cursing mad, vowing to destroy Molly while honing her craft in the halls of Redbend High School.

When a loving schoolteacher intervenes, Molly is led into the open arms of a Christian youth group, where she learns of God, and of Bianca’s tragic past. Emboldened by the truth, and her newfound faith in Christ, Molly discovers the power of forgiveness is even stronger than the imagination of a wannabe witch.
Read more
Other Formats: Audible Audiobook , Paperback , Mass Market Paperback 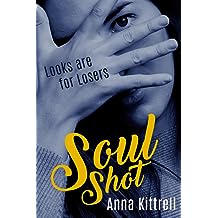 Soul Shot: Looks are for Losers May 11, 2018
by Anna Kittrell
( 11 )
$2.99
What happens when a mother teaches her daughter that broken molds are victories, and that courage is beautiful…and then she dies?

Timber Slate, fourteen-year-old creator of the teen empowerment blog, Freak Shot, is well liked by her peers and comfortable in her own unconventional skin. But the unexpected death of her mother catapults Timber a thousand miles away, into the self-absorbed lives of her estranged aunt and cousin. Humiliated by Timber’s looks, the pair devise a scheme to alter her appearance forever—through radical plastic surgery.
Following the operation, Timber is shocked to learn the shallow, appearance-obsessed clique she once referred to as the “royals” accepts her. She even tries out for cheerleader and makes the squad. But soon popularity goes to her head, and Timber takes a long, hard look at herself, hating who she has become. She vows to again be the girl she left behind—facial deformity and all—even if it means another trip under the scalpel.
But why should the outside matter at all—when love is an inside job? 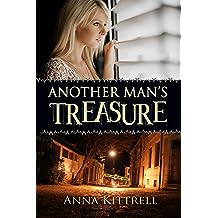 Another Man's Treasure Aug 25, 2013
by Anna Kittrell
( 31 )
$4.99
Deason McKindle dreams of breaking free. Free from the ex-wife whose cheating ways landed his fist in his boss's face, free from his dead-end job as a trash collector, free from small-town Oklahoma. In two weeks, his dream of a fresh start in Montana will come true.

His dreams scatter when he saves Charis Locke from her abusive ex-husband. The gratitude in her eyes awakens a passion deep inside him. But when he later discovers the ex-husband's corpse in a dumpster, Deason's charged with murder. Instead of breaking free, he loses every freedom he's ever known.

Charis thought she couldn't love any man other than the Alzheimer's patient she takes care of. But when Deason is arrested, she can't let him go to prison without a fight. As fate would have it, Charis has finally fallen in love, and only the key to the killer's identity will unlock her dreams.
Read more
Other Formats: Audible Audiobook , Paperback 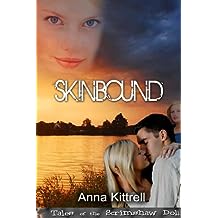 An ancient scrimshaw doll--does its gypsy magic protect? Or destroy?

As a child, Darcy Vaughan cowered beneath the malice of her twin sister, Scarlett. Now, Scarlett is back and Darcy hopes to establish the sisterly bond she's always longed for. Instead, Scarlett tries to destroy Darcy's life--and her new relationship with the town doctor.

Dr. Cabin Creighton returned to his hometown near Lake Chickasha, Oklahoma to take over his father's practice. One look at Darcy and Cabin wants nothing more than to love her forever. But a guilty heart and memories of his deceased wife are holding him back.

When someone from Scarlett's past reappears, bad things start to happen. Darcy and Cabin struggle to keep their love alive, but as danger draws closer, Darcy finds herself once more at her sister's mercy, with nothing but the yellowed bones of an ancient doll to protect her.
Read more
Other Formats: Audible Audiobook