You've subscribed to Return to Whispering Oaks! We will preorder your items within 24 hours of when they become available. When new books are released, we'll charge your default payment method for the lowest price available during the pre-order period.
Update your device or payment method, cancel individual pre-orders or your subscription at
Your Memberships & Subscriptions
There was an error. We were unable to process your subscription due to an error. Please refresh and try again. 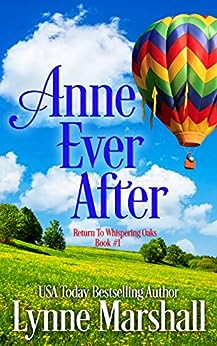 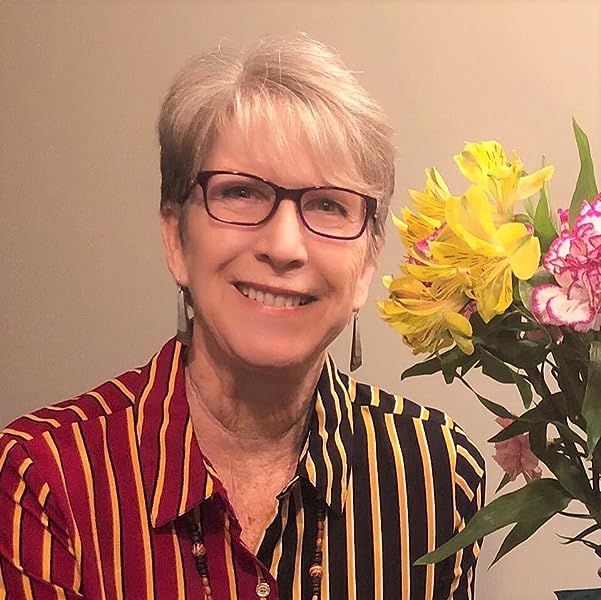 Anne Ever After (Return to Whispering Oaks Book 1) Kindle Edition 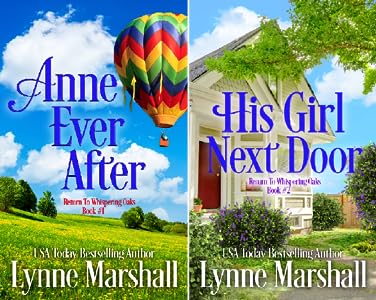 A. Richard
5.0 out of 5 stars Realistic developments plus engaging romantic couple
Reviewed in the United States on February 25, 2021
Verified Purchase
When the parents of Anne Grady are in an accident and need care once they are released from the hospital, she does not hesitate to leave Oregon and come back to Whispering Oaks, California where she grew up. She will be able to handle many problems related to anything medical since she now has a nursing degree, but returning to her hometown will not help with her own issues of remembering facts best forgotten. Those recollections just keep coming, too, as Anne repeatedly comes in contact with Jack Lightfoot, the man whom she deeply cared for as a teenager yet could not have as a boyfriend because he and her best friend started dating. Another situation added to the stress between the two before she went off to college, but they never had a meaningful conversation about the matter. Jack really wants to discuss their past history, and hopefully an opportunity will arise now that she is finally back.

The first book in the Return to Whispering Oaks series is packed with honest emotions, family dynamics, and uncertainty. Anne and Jack have a complicated relationship, as they actually liked one another while in high school, but feelings left unspoken and an unforeseen event kept them from ever being together. It has now been twelve years since they last talked in person, and she just wants them to be polite to each other and hopefully not come in much contact. But circumstances are not in her favor, as it seems his assistance is often needed, thus forcing Anne and Jack to interact over and over again. How they respond to the many situations that develop is always realistic, and their sincerity frequently affected how I felt about the episodes.

I found the many events taking place in ANNE EVER AFTER to be believably conceived and then depicted with true-to-life occurrences. Lynne Marshall made some moments joyful and fun, while others are very serious with no guarantees as to how they will end up. One incident in particular had me fretting over its outcome. The family of Anne plays a big role in the storyline, from the injuries of her parents to what is happening with her brother and sister. There is even a next-door neighbor who could be important in a future book, and I really hope this is true.
Read more
One person found this helpful
Helpful
Report abuse

Angel's Mommy
4.0 out of 5 stars Anne Ever After
Reviewed in the United States on February 20, 2021
I received a complimentary of this book Booksprout and I am voluntarily reviewing.

This story was so heartwarming, tender and sad all in one. Anne Grady is a nurse who is back in town as her parents were injured in a motorcycle accident. She is the only one of the siblings who can come home to care for them, at least until her brother Lucas gets out of the military. She left shortly after high school for college and never came home. She was heartbroken that the boy that she had fallen for was the boyfriend to her BFF. Jack Lightfoot and Anne were good friends and hung out together but he started to date Brianna. The angst that basically Anne when through was one that seemed so realistic, I felt that I was right there with her. I wanted to put my arm around her.

Jack was also tormented but he was able to come to terms with the history of himself and Brianna and Anne.

There were some really great scenes. Some of lines that were so touching, some extremely funny and others thought provoking. I really hated to see this end. I adored the dual POV format. I really felt like I was right there. I hope that there will be more to this series like maybe Anne’s brother Lucas and the cute neighbor next door!

This is a sweet, clean romance for the most part. There was a part where the author did an almost fade out and basically stated something like their “coming together” (NOT IN THOSE WORDS BUT YOU GET THE DRIFT). There were some kissing scenes.
Read more
2 people found this helpful
Helpful
Report abuse

Virginia Campbell
5.0 out of 5 stars If you love small-town, second-chance romance, then you will greatly enjoy "Anne Ever After".
Reviewed in the United States on February 16, 2021
Sometimes you run from the past--sometimes you run toward it. Can you really go home again? "Anne Ever After"--by Lynne Marshall--is a sweet contemporary romance from a favorite storyteller. Anne Grady had left her small home town of Whispering Oaks, California years ago and settled into life as a registered nurse in Portland, Oregon. When her parents are injured in an accident, oldest child Anne reruns to help her parents while her her younger sister is in med school and her brother is in military service. Having tried to avoid the past for over a decade, Anne soon comes face-to-face with Jack Lightfoot, the high school friend with whom she had fallen in love--the friend who had broken her heart. Anne's best friend had been Brianna, whom Jack had dated. However, Jack had confessed to Anne that she was the one he really cared about--confused and guilty feelings of young hearts made tragic when Brianna had become ill and died. Like Anne, Jack had left the area after graduation, but he had returned and found a career in teaching. Now that Anne was home for a while to help her parents, he wanted to show her that his feelings for her were still there, and he hoped that she would stay in Whispering Oaks. His campaign to win her over included a soaring hot-air balloon ride, sailing over the beautiful California countryside. Anne was not immune to Jack and his attentions--far from it. Could they come to terms with long-held guilt and forgive themselves and each other? Can they find a way to merge two different lives and locations and join together two hearts who have waited so long for happiness? Author Lynne Marshall infuses her stories with warm, very human characters who face everyday situations and also deal with the unexpected twists and turns life always has to offer. If you love small-town, second-chance romance, then you will greatly enjoy "Anne Ever After".