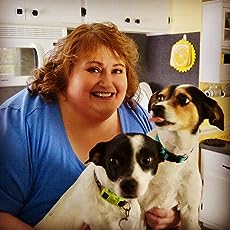 Author Bio
Anne grew up in a very small town in South Carolina, where as a kid, she always loved to read books, make people laugh and write songs. After having success in her home state she decided to pursue dreams of becoming a writer and moved to Nashville, TN. When she's not writing you can find her reading or searching for a husband. She loves spending time with her friends, nieces, nephews and her two fur babies. She enjoys making people laugh so if you would like please feel free to follow her on Twitter @merri_aw or on Facebook.com/itsanannething. Or visit her website at www.annewelchauthor.com. She loves hearing from her readers.
Read more 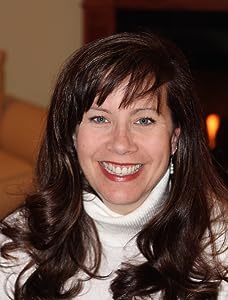 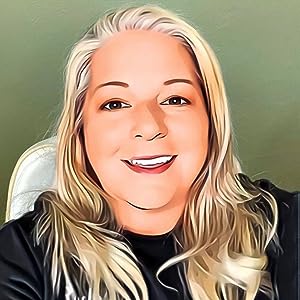 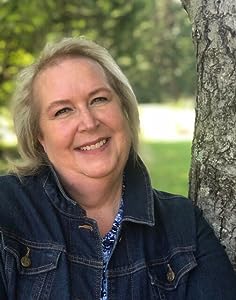 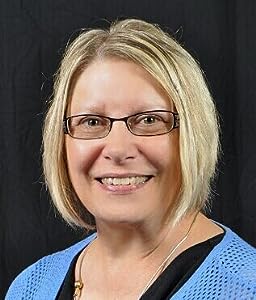 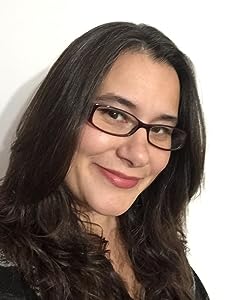 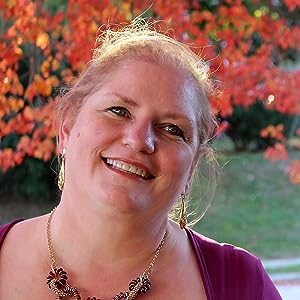 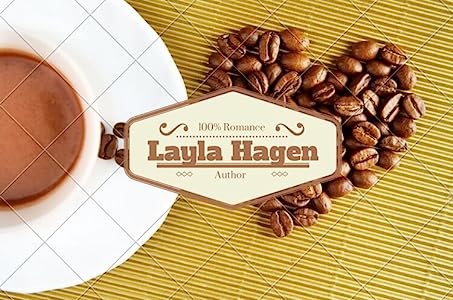 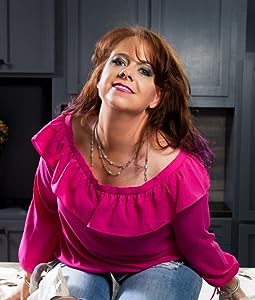 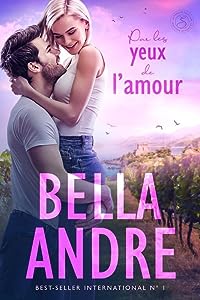 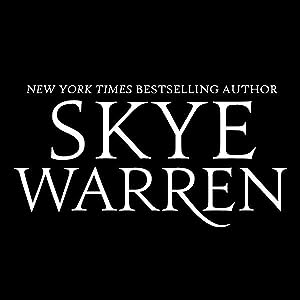 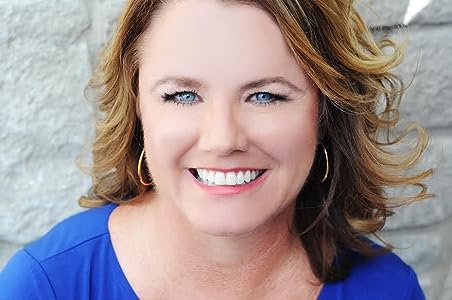 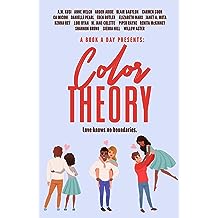 This amazing anthology will only be available for a short time, and all the proceeds will go to the education of Black students. 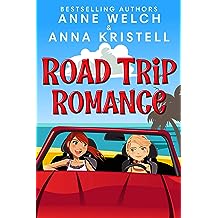 Road Trip Romance Apr 6, 2021
by Anne Welch, Anna Kristell
( 4 )
$0.99
Lucy and Linda, that's who we are. We're both authors, and we like to take road trips together
to meet our readers.
Now, we're on the road trip of a lifetime. We're driving across country to attend an event in
sunny California. Follow our shenanigans along the way and, oops, what's that? There seems to
be someone following us.
Come along for the fun and find out who is in the mysterious car behind us.
Note: This romantic comedy may contain side-splitting scenes. Be prepared for a good laugh.
Read more
Other Formats: Paperback 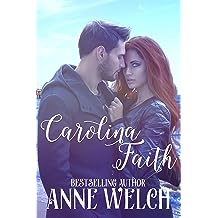 Carolina Faith (Carolina Series) Jan 12, 2021
by Anne Welch
( 5 )
$2.99
Faith Walsh has come back to Green Sea, after her violent ex nearly killed her. But bad memories and mistaken information about the past make returning difficult.

Connor still holds his twin brother's death against Faith, as does most of the town. But she does have a few good friends, and when the truth comes out and then her life is in danger, he'll have to decide once and for all if his love for her can overcome the pain of the past.
Read more
Other Formats: Paperback 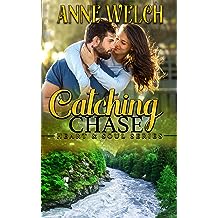 You’re invited to an all inclusive mountain resort and spa. Come and relax and let nature take care of your mind, body and soul. And its gift to you in return is LOVE!
Victoria “Vic” Brice breathes photography and longs to have her work displayed in a gallery. Much to her mother’s dismay, she spends her time shooting tourist photos at her struggling downtown Nashville studio instead of working at the family business. Will Vic give up her dreams to make her family happy, or will one phone call change her life forever?
Trevor Chase was living his dream of being the starting quarterback for Nashville’s professional football team. But when he begins playing harder off the field than on, he stands to lose everything. Longing for more than drunken nights and one-night stands, with a push from his older brother, he agrees to a week of reflection and relaxation at Mt. Montoya to get himself back on track. Will he be able to change or get more than he bargained for?
The last thing either one expected was each other. Will Trevor go back to his playboy ways, or will Victoria be able to catch Chases heart. 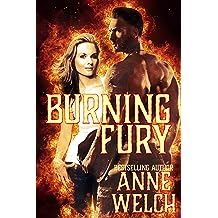 Burning Fury (Burning Series Book 1) Aug 22, 2018
by Anne Welch
( 2 )
$1.99
Grace Scott was a firefighter in Nashville, until the night a fire ended her career. Her fellow fighters, Zach and Ray, tried to help her, but Ray didn't make it out and Grace was so severely injured that she could no longer be on active duty. So, she did the next best thing—she became an arson investigator.
Zach Raines felt guilty. He felt responsible for Ray's death and Grace's injuries, to the point he could no longer remain in Nashville. He took a job at Station 58 in Dallas, for four long years. With some help from the people he met there, he was finally able to return. It was time to let Grace know how he really felt about her. But would she—could she—forgive him for running out on her at a time when she needed him the most?
Caught in the web of a serial arsonist, Zach and Grace find themselves thrown together as they piece together the clues. Will they bury the past at last and find a future together as they solve the case that will leave all of Nashville reeling? 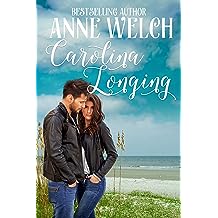 Carolina Longing (Carolina Series) Apr 11, 2017
by Anne Welch
( 4 )
$2.99
Samantha Ford left town thirteen years ago, after a family tragedy rocked her young world. Now, she's back and, when the first person she comes into contact with is none other than Cooper Alexander, the boyfriend who abandoned her in her hour of need, she doesn't know how to react.

As the two former lovers begin to find their way back to each other, can Sam put the past behind her? It seems as if it may haunt her forever. Will she turn Cooper away for good this time or will they find a way to be together, leaving the scars behind forever? 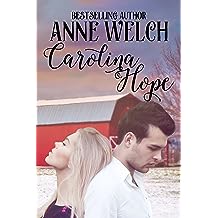 PREVIOUSLY RELEASED in the Anthology Christmas Miracles.
Dr. Erin Ryan has been running from her past for years. Leaving home as a broken-hearted teen, she is now living a successful life as a surgeon in Nashville, Tennessee.

Returning to her South Carolina home for Christmas, at her mother’s insistence, she quickly comes face to face with the past she’s been running from, Ben Roth. A single father with a young daughter, Ben is just as handsome as Erin remembers.

An accident, the news of her mother’s illness, and one sweet little girl named Hope could bring the star-crossed lovers together again, if the secret Erin has been keeping doesn’t destroy the second chance they’ve been given. Will Ben forgive her or will he be the one to say goodbye this time around? 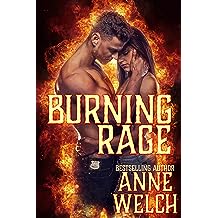 Burning Rage (Burning Series Book 2) Aug 22, 2018
by Anne Welch
$1.99
Paramedic, Rachel, has been in love with her best friend's brother, a cop, for years. The problem is he doesn't want a relationship.

But, when Jay and Rachel hook up the night of his sister's wedding, there is no going back for either of them. How long will it take him to realize that fact, though?

With a killer on the loose and Rachel a target, he may have waited too long, as they become involved in a case of revenge. It's An Anne Thing Two Mar 14, 2016
by Anne Welch
( 4 )
$1.99
And the adventures of Anne continue. Find out how things are progressing with hot neighbor and catch up with the houseboys in the sequel to It's An Anne Thing. You will be laughing, giggling, rolling your eyes and shaking your head at the latest developments in the life of Anne.
Read more
Other Formats: Audible Audiobook , Paperback 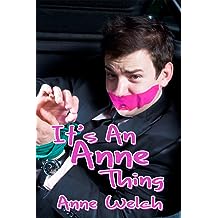 It's An Anne Thing Nov 11, 2014
by Anne Welch, Kerry Adrienne
( 44 )
$0.99
From my early days, I've enjoyed good-looking guys and making people laugh. So combine stalking hot guys and keeping the cutest ones for houseboys with my quick wit and you have “ It's An Anne Thing.”
Read about some of my real life shenanigans and laugh. If I put a smile on your face, I've done my job.
Read more
Other Formats: Audible Audiobook , Paperback 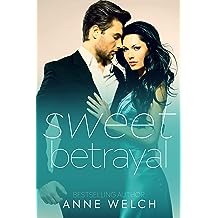 Sweet Betrayal Sep 14, 2018
by Anne Welch
( 1 )
$1.99
Becca Walsh has lost everyone close to her but is desperate to keep the business that has been in her family for 30 years, Granny’s Bakery. She will do anything to save it, even turn to the man who shattered her heart for help.
Brennan Palmer is a tyrant in the business world and on his way to becoming the youngest partner at the prestige Mire & Long firm in NYC. When his ex-calls him for help will he? Or will he seize this opportunity to guarantee his promotion and betray the woman he once loved.