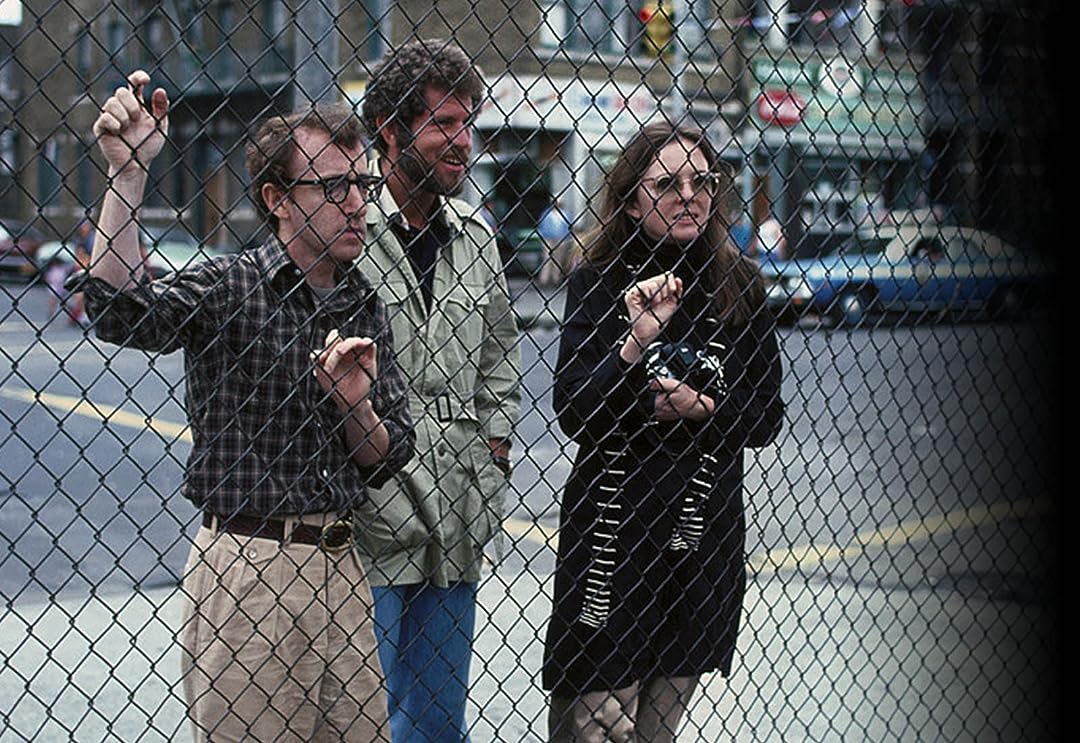 (1,881)8.01 h 33 min1977X-RayPG
Woody Allen's hilarious comedy about a neurotic screenwriter and his erratic relationships with women - especially the love of his life, Annie Hall. Winner of four Oscars, including Best Picture and Best Actress (Diane Keaton).

Amazon CustomerReviewed in the United States on April 4, 2020
1.0 out of 5 stars
Oscar winner?!
Verified purchase
Well, my opinion of this movie hasn't changed since it first came out in the 70's. I was a 20 something then and a 60 something now. Not funny then. Not funny now. What I really struggle with is how this movie won an academy award. Why anyone would find a movie with very little plot line and endless self serving dialogue entertaining is beyond me.
19 people found this helpful

Joe O'BrienReviewed in the United States on August 3, 2020
4.0 out of 5 stars
Director Woody Allen's seventh movie: He won the "Oscar" for Best Director !
Verified purchase
I first saw "Annie Hall" in the theater when it was first released in 1977. I was 21 at the time. Well I'm 64 now and I got it on DVD and I appreciated it even more. Woody Allen wrote,directed and stars along with his then girlfriend, the always delightful Diane Keaton. She won the "Oscar" for Best Actress. (Her real name is Diane Hall, which is my mom's last name,no relation.) Ms. Keaton has a lovely singing voice too ! A then unknown Christopher Walken plays Annie's weird brother. And,look out for a young then unknown Jeff Goldblum in a small part. The scene with Alvy,(Woody,) and Annie,(Diane,) talking to their shrinks about their lives together is a highlight. Woody Allen won the "Oscar" for Best Director and it won for Best Picture winning over "STAR WARS." Wow!
8 people found this helpful

Dr. Scott D. ChurchillReviewed in the United States on December 9, 2016
5.0 out of 5 stars
Aspect ratios as they ought to be!
Verified purchase
The best part of this disc is twofold: (1) it has the original format in which Allen actually shot the film, which was a 1.33/1 aspect ratio - ironically, it is listed as "standard" and states "this format has been modified to fit your TV screen" - actually if you compare it to the theatrical release on the other side, listed as "widescreen", the "standard" image is actually better balanced, with a framing that includes more of what the cinematographer put into each shot. And (2) it gives us the special "theatrical" release, with slightly wider aspect ratio. The "matted" version on the "widescreen" side of this DVD is shown in such a way, that the original 1.33/1 is slightly blocked off along the bottom, leaving a 1.77/1 aspect ratio, which was how the film was released in theaters. (On the DVD it is masked on all four sides to create the image more exactly as it was released in theaters.)

Better to stick with this DVD containing the original film aspect ratio on one side, and the original theatrical release "matted" version on the other!

JackBauerReviewed in the United States on April 12, 2021
1.0 out of 5 stars
Not Aged Well Over Time
Verified purchase
I first saw Annie Hall in 1977 when I was 19 years old and thought it was hilarious. I watched it again last week. I thought at one time the movie had some good insights into relationships and generally how people react to break ups. Unfortunately unlike Woody Allen's other movies this is one movie that has not aged well. The themes are foreign to most people nowadays and even the styles of dress are long gone. Allen for the most part attempts to keep most of his films ageless. He didn't do that in Annie Hall.

As with most Allen films he tends to focus much on himself. In Annie Hall I can see now how it becomes self absorbent to the point of irritation. We all have problems and are trying to figure things out. So why is Allen's problems with life more important than anyone else's? They're not. The film also tends to see women as kind of flighty and dumb as Keaton's character can't seem to go without a man in her life for any period of time whether it's Alvy Singer or Tony Lacy. Who would want to be in a relationship with a woman who is overly dependent on a relationship or barely able to organize her rolodex?

Allen has done much better work since Annie Hall and unlike other movies like Casablanca or On The Waterfront, this is not a movie that has aged well.

joel wingReviewed in the United States on March 4, 2021
4.0 out of 5 stars
Neurotic and insecure Woody Allen at his best
Verified purchase
Annie Hall represents the neurotic, insecure Woody Allen at his best. This was made all the worse because his girlfriend Annie played by Diane Keaton broke up with him. His opening monologue sets up the entire movie. He starts off with a joke and then talks about how miserable and unhappy he is in life. Much of that is due to his relationships with women topped off by Annie Hall.

There are all kinds of funny moments like when he gets into it with his elementary school teacher about kissing a girl which leads to Freud. Another time he and Keaton are standing in line for a movie with a man going on and on about movies and a writer. Allen tells him he knows nothing about the writer, then pulls the actual writer out who tells the man he knows nothing. Allen is also full of witty lines like when he says he’s “a bigot, but for the Left” or when he tells his wife that the magazines Dissent and Commentary had merged and become Dysentery. Then he ditches her so he can watch the Knicks game on TV.

This really is one of Allen’s best movies and captures his style and story telling technique.
3 people found this helpful

Bic ParkerReviewed in the United States on July 12, 2021
5.0 out of 5 stars
The Heaps of Awards Speak For Themselves
Verified purchase
After dozens of Allen's movies, the awards and accolades over 40 years, it difficult to recall how ground-breaking this film was. Few filmmakers can combine laugh-out-loud comedy and heartbreaking pathos into a watchable whole but Allen did it with only his sixth movie. I get that some people are turned off by his nervous, neurotic jittery schtick, just as some find Billy Wilder's cynicism distasteful. It doesn't negate the brilliance of the entire effort. ANNIE HALL tells the oldest story in the world -- love found and lost -- but told in an original way that is still fresh today. Diane Keaton was the first of many women who would win Oscars under his direction over the years; she's just wonderful here. Woody Allen has been the recipient of more screenwriting Oscar nominations and wins than anybody in Academy history. This one, his first, is well deserved.
One person found this helpful

AndrewReviewed in the United States on September 26, 2021
5.0 out of 5 stars
Classic
Verified purchase
Alvy Singer (Woody Allen) is a New York comedian and extremely neurotic man trying to figure out his failed past relationships with women, especially with the titular Annie Hall (Diane Keaton). The movie shows Alvy's life experiences in his relationships and their eventual breakdowns, but does so in a comedic fashion.

I enjoyed this movie. One aspect that really shines is Allen's performance as the main character which was heavily inspired by his actual personality. His performance as the neurotic and awkward Alvy is very entertaining to watch and often quite funny, such as a scene early in the movie when he refuses to see a movie two minutes late because he can only view movies in their entirety. I also thought that Keaton did a great job in her role as Annie who has her own personality quirks and awkwardness as well. The depiction of this relationship between these two characters was well done, comedic, and yet also felt realisitic. I definitely had several laugh-out-loud moments while watching this.

The cinematography and general style are other enjoyable aspects of this film. Being a New York City native, Allen does an excellent job of utilizing the city as the main setting. I also thought it was an excellent aspect to include various unconventional scenes such as how Allen's character several times directly addresses the audience, split-screen tricks, or even a random animated segment when Alvy recalls how watching the Disney film Snow White and the Seven Dwarfs affected him.

Overall, I found this to be an enjoyable film with its comedic take on relationships. I would recommend this film to those that like classic movies.
See all reviews
Back to top
Get to Know Us
Make Money with Us
Amazon Payment Products
Let Us Help You
EnglishChoose a language for shopping. United StatesChoose a country/region for shopping.
© 1996-2021, Amazon.com, Inc. or its affiliates