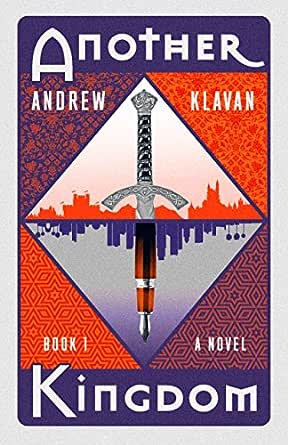 You've subscribed to Another Kingdom! We will preorder your items within 24 hours of when they become available. When new books are released, we'll charge your default payment method for the lowest price available during the pre-order period.
Update your device or payment method, cancel individual pre-orders or your subscription at
Your Memberships & Subscriptions
There was an error. We were unable to process your subscription due to an error. Please refresh and try again. 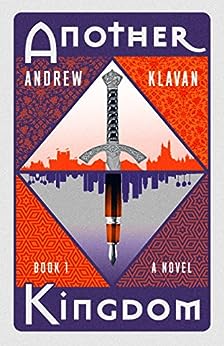 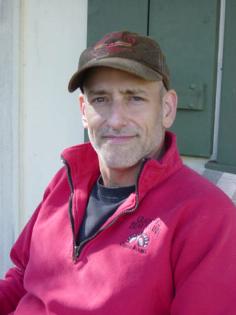 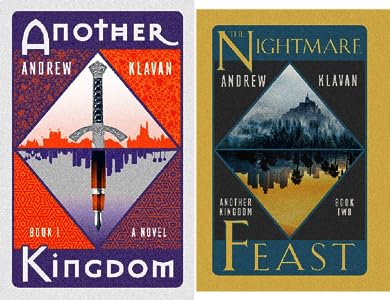 “WARNING: Andrew Klavan has an astonishing gift: he can patch his characters into your spine.”  –George Dawes Green, New York Times bestselling author

“Intensely gripping and suspenseful…Peopled with rich characters…worthy of Hitchcock at his best.”  –Kirkus Reviews

“The two Edgars Klavan owns testify to his excellence at thrillers.”  –Publishers Weekly

"Another Kingdom, like everything Andrew Klavan writes, is wonderful. It's not only paced like the best of adventure fiction and written with Klavan's trademark literary flare, but it contains a psychological and spiritual depth that is even rarer. This is a journey you won't want to miss." Gregg Hurwitz, New York Times Bestselling author of the Orphan X series.

Edgar Award-winning, and New York Times Best Selling, author Andrew Klavan is the author of 25 novels, including such bestsellers as Empire of Lies, Killer in the Wind, and True Crime, adapted into a film by Clint Eastwood, and Don’t Say a Word, adapted into a film starring Michael Douglas. His most recent works include Nightmare City, and Killer in the Wind, which was recently named one of Suspense Magazine’s Best Books of 2013. His novels have been nominated for the Edgar Award five times, winning the award three times. In addition to his thrillers, Andrew has also written a The Homelanders series of books for young adults, as well as Klavan is a contributing editor to City Journal and his essays have appeared in the Wall Street Journal, the New York Times and the Los Angeles Times, among other places, and maintains a popular blog at PJ Media. He lives in Southern California. --This text refers to the audioCD edition.

4.8 out of 5 stars
4.8 out of 5
227 global ratings
How are ratings calculated?
To calculate the overall star rating and percentage breakdown by star, we don’t use a simple average. Instead, our system considers things like how recent a review is and if the reviewer bought the item on Amazon. It also analyzes reviews to verify trustworthiness.

Justine Olawsky
5.0 out of 5 stars Some of the most fun I have ever had with a novel.
Reviewed in the United States on March 31, 2019
Verified Purchase
Wow.

I was unsure how much I'd actually like this book. I could not really get into the podcast (the original way this story was released), but I tend to like to read books rather than listen to them, especially when they're dramatized. I have sufficient scope of imagination to supply plenty of my own drama as a reader, thank you very much. So, I was willing to give it another chance in book form. So very glad I did.

This is some of the most fun I have ever had with a novel. It seems to cross into every genre—adventure, thriller, mystery, medieval fantasy, comedy, romance. I laughed out loud several times (especially the interchanges between Maude and Austin) and, darn it, at the end I totally cried. I kept turning and turning and turning the pages, almost entirely unable to put the book down.

So what is this quirky book about? It is about what it takes to truly become a man and what it means to truly be a woman. It is about freedom and wisdom. It is about cruelty and valor and intrigue and loyalty. It is about a billionaire (of anagramatical interest) who wants to enslave our world through equality and an emperor in another world who must resurrect a queendom. Austin Lively is our hero who must unravel both plots to (maybe) save both worlds—all the while saving his own hide from assassins wielding guns and swords.

This was just a rare treat—a book that manages to be perfectly entertaining while at the same time leaving the reader with puzzles and ideas over which to chew until the sequel is released. Klavan has said that this will be a trilogy, and I can hardly wait to see where the story will lead us next.
Read more
43 people found this helpful
Helpful
Comment Report abuse

JK
5.0 out of 5 stars Gripping story with depth and meaning.
Reviewed in the United States on April 1, 2019
Verified Purchase
There are two things I love about this book- first, it is a well written thriller that truly keeps you on the edge of your seat to see how the story unfolds. From the first page to the last, it's very hard to put down. A truly unique story.

Second, this book is packed with deeper meaning that lies beneath the surface of the story. It reminds me of Lord of the Rings in this sense- it's not a straight allegory, but there are definitely deep insights for real life throughout the book. It's a book that I will be thinking about for quite some time, and I suspect will have an impact on the course of my life.
Read more
22 people found this helpful
Helpful
Comment Report abuse

Krystal L. Solomon
1.0 out of 5 stars Foul language: be informed before buying
Reviewed in the United States on October 30, 2019
Verified Purchase
My sons have enjoyed Andrew Klavan’s other books. I read a few reviews and assumed I could trust the author. Amazon lists the reading level as ages 10 and up. The book is full of foul language and my son felt uncomfortable reading it, so he stopped. I just wish books had a rating similar to movies so I could know if a book is age appropriate for my kids.
Read more
16 people found this helpful
Helpful
Comment Report abuse

Amazon Customer
5.0 out of 5 stars Fantastic read
Reviewed in the United States on March 21, 2019
Verified Purchase
Why do I hear micheal knowles voice in my head?
Read more
21 people found this helpful
Helpful
Comment Report abuse

Mike
5.0 out of 5 stars Two epic tales expertly woven into one super epic super tale
Reviewed in the United States on March 21, 2019
Verified Purchase
I enjoy a story that pushes the protagonist to the breaking point. In Another Kingdom, the protagonist, Austin Lively, must navigate the challenges of living a double life in two worlds that are quite different, and yet connected. Not just any double life either, but one where it seems that everyone and everything is out to get him. And he must do so while trying to maintain his sanity as everything he thought he knew about his upbringing and about what constitutes reality is violently ripped from his grasp. Another Kingdom is an absolutely thrilling page turner.
Read more
17 people found this helpful
Helpful
Comment Report abuse

Deborah J. Diem
5.0 out of 5 stars A Novel I Can't Put Down
Reviewed in the United States on March 16, 2019
Verified Purchase
LOVE IT! I had first heard this story via a podcast. I couldn't wait for each episode. Now I get to read each gripping chapter any time I want! Another Kingdom is a combination of mystery and fantasy, joined together in a seamless garment. Keep on writing Andrew. I look forward to your next book.
Read more
12 people found this helpful
Helpful
Comment Report abuse

ReadingBug
5.0 out of 5 stars Great Read.
Reviewed in the United States on March 18, 2019
Verified Purchase
This is a fast paced fantasy that quickly draws you into a world you want to believe. It becomes more real with every page turned. And you can't turn the pages fast enough. I rarely read fiction but I decided to give it a try because... well, I think Klavan is a very cool guy. Its a fun, eerily real story. Can’t wait to read Book 2!
Read more
7 people found this helpful
Helpful
Comment Report abuse
See all reviews