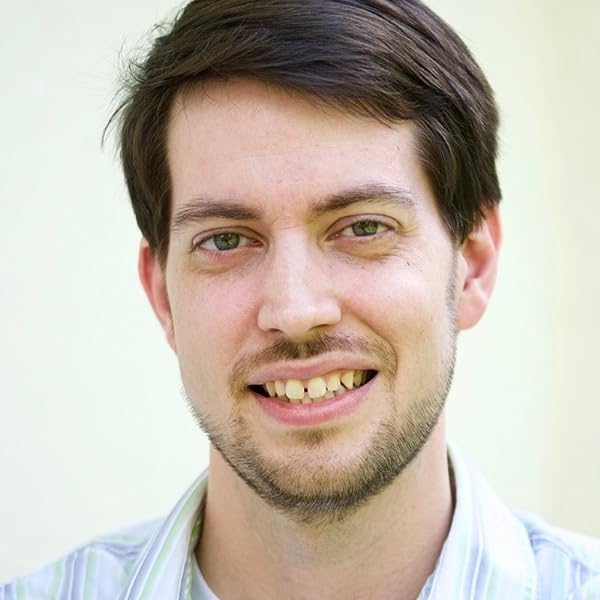 by Jeff Geerling (Author)
4.6 out of 5 stars 518 ratings
See all formats and editions
Sorry, there was a problem loading this page. Try again.

Ansible is a simple, but powerful, server and configuration management tool (with a few other tricks up its sleeve). This book will help those familiar with the command line and basic shell scripting start using Ansible to provision and manage anywhere from one to thousands of servers.
Read more
Previous page
Next page

Jeff Geerling is a developer who has worked in programming and devops for companies with anywhere between one to thousands of servers. He also manages many virtual servers for services offered by Midwestern Mac, LLC, and has been using Ansible to manage infrastructure since early 2013.

Charles Forry
4.0 out of 5 stars I was hoping to use Ansible as a replacment for Cobbler - nope
Reviewed in the United States 🇺🇸 on January 24, 2022
Verified Purchase
The book is great but using Vagrant as a test environment is a learning curve all it's own so you need to learn BOTH Vagrant AND Ansible. I am used to VirtualBox and VMware so learning Vagrant to create test environments is sort of a let down. I am at chapter 4 at this writing and there were some typos with OS versions that took some time to figure out to make Vagrant work with the playbook instructions ( CentOS 7 vs CentOS8) in chapter 2/3.
Read more
2 people found this helpful
Helpful
Report abuse

Caleb Goodin
5.0 out of 5 stars My coworkers hate me now and I love it
Reviewed in the United States 🇺🇸 on September 6, 2021
Verified Purchase
Jeff Geerling is the god-king of Ansible, just go look at his work on Galaxy. My coworkers hate me now because I can speak with a sense of confidence and authority in code reviews for Ansible. The best thing I've learned through Jeff and his work is that I can define loop variables in vars or defaults and people maintaining my Ansible playbooks rarely need to touch the tasks files. See you in hell, with_items.
Read more
10 people found this helpful
Helpful
Report abuse

S. McGowan
4.0 out of 5 stars Consolodates information for the ansible beginner
Reviewed in the United States 🇺🇸 on February 24, 2017
Verified Purchase
I bought this book primarily because I have relied heavily on the author's open source work that is available on ansible galaxy and github and I wanted to show my appreciation. It is a good introduction book and I have let others borrow it for that purpose. It is well written and the examples are well documented. It is nice because it brings together a lot of topics and puts them in one place (including best practices). That said, there is nothing here that isn't available online. There is a lot of value to that if one is just starting out with ansible; however, for me, there was just nothing in the book that was new.

For me, I flirted between three and four stars. Ultimately, I went with four working with the premise that the book is intended for beginners. There is no questioning Jeff Geerling's knowledge on these topics and he is a great contributor to the community. For that reason alone I am happy with my purchase.

Dean T
5.0 out of 5 stars Fantastic book Jeff!!!!
Reviewed in the United States 🇺🇸 on November 11, 2021
Verified Purchase
Jeff’s approach is easy to follow and based on his experience. Created a new playbook and the network is updated nightly. Next to force everyone to change passwords per company regs.
Looking forward to your next book Jeff!
Read more
Helpful
Report abuse

Zac
5.0 out of 5 stars Incredible
Reviewed in the United States 🇺🇸 on July 9, 2021
Verified Purchase
I’ve read quite a few books and resources on Ansible and other devops softwares while looking for work in the space. I can safely say this is the most concise, easy to read, and detailed book I have seen on the topic with easy to follow examples and explanations as well as some fun flavor to keep you interested. I can’t wait to read his book on kubernetes.
Read more
3 people found this helpful
Helpful
Report abuse

NetMika
5.0 out of 5 stars Just Amazing Book to jump in Ansible
Reviewed in the United States 🇺🇸 on August 15, 2020
Verified Purchase
Just received the book few days ago, but already own the digital copy and follow Jeff on his YouTube since few months.
This book is an excellent companion of the youtube Video's series which is BTW an excellent overview (from introduction with ad-hoc command to real world use case up to AWX/Tower and CI/CD pipeline). And this book is going far deeper.
On top of that you see that Jeff have not just a theoric knowledge but a real experience of DevOps day to day problems.
As IT professional that definitely a book I recommend.
Read more
8 people found this helpful
Helpful
Report abuse
See all reviews

Just Some Guy
5.0 out of 5 stars A Great Tour of Ansible via Detailed Real-World Examples
Reviewed in the United Kingdom 🇬🇧 on July 13, 2022
Verified Purchase
This is a great book. I'm brand new to Ansible, but this book's writing and samples were clear and easy to understand even for a total newbie like me (assuming you understand the essentials of Linux sysadmin and networking already (YAML, bash, TCP/SSH/TLS, VMs, etc.)). Ansible is itself written in Python, so knowing that will also help, but it's not really essential for this book to make sense.

The entire book is basically a big collection of tutorials. Each chapter walks through a scenario in which Ansible is used to provision and configure 1-to-N server VMs (mostly Centos/Ubuntu, but a few Apache/Nginx, and a few other things as well). These scenarios start simple, and get more complex and advanced in later chapters. Each one is well explained, and includes extensive code samples (mostly YAML), with clear detailed explanations of what almost every line in the code is for. That may sound cumbersome, but I found it to be clear, sensible, and worthwhile (without being _too_ slow or getting buried in detail).

Almost the entire book uses Vagrant to provision VMs (rather than a cloud service, or hardware). I don't know Vagrant at all, but the code is all provided and really quite basic. You can apply the Ansible examples to whatever infrastructure you like, but the VMs make it easy to run all the book's examples right on your local machine.

My only complaint about this book is that the author tends to bury some fairly complex code in "Roles" (Ansible modules) that aren't actually printed or explained in the book. These are all available free online, so if you actually run the examples you can get the code and see it all - but there's no writing to explain their inner logic.

That said, there are so many example scenarios covered in this book, with such detailed and complete explanations, that I'll let the author slide on leaving a few things out for me to explore later on my own.

One other minor note – the author really doesn't do much at the outset to summarize or outline Ansible's high-level feature set or overall approach. He just dives right in with DevOps scenarios and explains the features one-by-one as they come along. I ended up being OK with that, but others might want to get their feet wet with the Ansible Docs or other training materials if you want to get an overview before you dive right in to the deep end.

Final word: This is a great book for anyone new to Ansible, and even experienced pros will probably learn some new tips and tricks.
Read more
One person found this helpful
Report abuse

A. J. Firmin
5.0 out of 5 stars Ansible Answers Automation
Reviewed in the United Kingdom 🇬🇧 on April 2, 2021
Verified Purchase
The book is outstanding and really allows you to get to grips with Ansible and Jeff is the perfect person to guide you on your automation joueny.
From the first chapter you are running simple playbooks and the book builds on this and it becomes a great tutorial.
As a Linux Systems Administrator I found this book is the perfect introduction to Ansible.
Highly recommended.
Read more
Report abuse

justBoris
1.0 out of 5 stars There is no index in this book! Do not buy the physical version.
Reviewed in the United Kingdom 🇬🇧 on January 1, 2022
Verified Purchase
I'm a beginner in Ansible.
I wanted to look up the correct usage of pause, to stop the playbook. There is no index.
A text book without an index is completely unusable.
If you're going to buy a copy get the Kindle or other electronic version only, so you can use the search facility therein.
I have to return my book, and buy another worthwhile book. What I've read is good but as a text book .., don't make my mistake.
There really should be a warning.
Read more
One person found this helpful
Report abuse

Jason R. Content
5.0 out of 5 stars Best Book On Ansible that I have read
Reviewed in the United Kingdom 🇬🇧 on April 13, 2021
Verified Purchase
Fantastic Book on Ansible better than most video lessons I have sat through highly recommend.
Read more
One person found this helpful
Report abuse

Amazon Customer
5.0 out of 5 stars Ansible - simple, yet powerful.
Reviewed in the United Kingdom 🇬🇧 on July 29, 2016
Verified Purchase
Ansible for DevOps is a great book, intended for those of us that want to deploy/configure/maintain larger amounts of servers/virtual machines using Ansible. This book build the fundamental for Ansible, which we can build upon as we progress throughout the book. Ansible is easy to learn, as this book so aptly communicate, and is a very, very powerful tool.
If you buy this book, I strongly recommend that you take the time to setup a test environment in which you feel comfortable (the book explains how you can setup a test environment) in order to get the most out of the book.
Last, but not least - experiment, play, learn.
Read more
3 people found this helpful
Report abuse
See all reviews