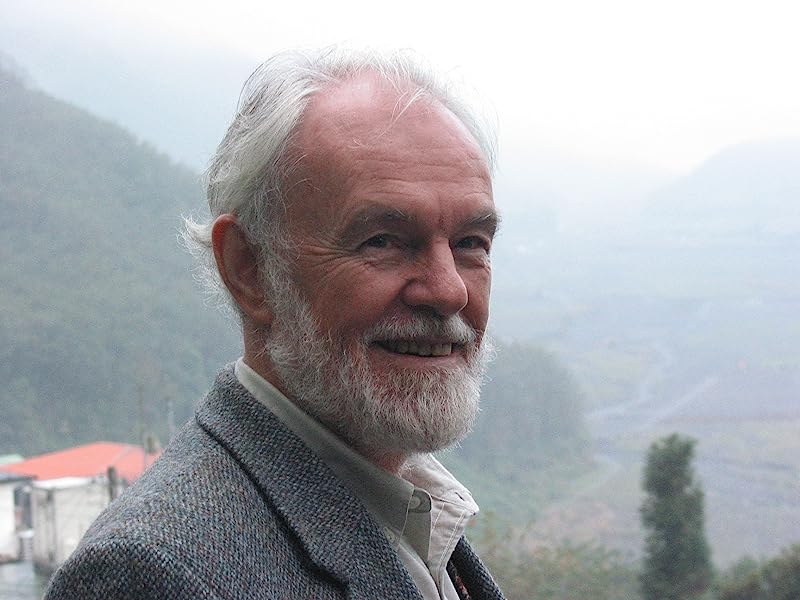 by David Harvey (Author)
4.7 out of 5 stars 59 ratings
Part of: Red Letter (1 books)
See all formats and editions
Sorry, there was a problem loading this page. Try again.

“David Harvey is an inspiration for me, and for people who desperately want a just world order. One of the most perceptive and intelligent thinkers the progressive movement has.”—Owen Jones, Columnist, Political Commentator, Author, and Left-Wing Activist

Distinguished Professor of Anthropology at the City University of New York and author of A Brief History of Neoliberalism, David Harvey introduces new ways of understanding the crisis of global capitalism and the struggles for a better world.

Amidst waves of economic crises, health crises, class struggle and neo-fascist reaction, few possess the clarity and foresight of world-renowned theorist, David Harvey. Since the publication of his bestselling A Brief History of Neoliberalism, Harvey has been tracking the evolution of the capitalist system as well as tides of radical opposition rising against it. Chapters include:

*A Brief History of Neoliberalism
*The Financialization of Power
*Socialism and Freedom
*The Significances of China in the World Economy
*The Geopolitics of Capitalism
*Carbon Dioxide Emissions and Climate Change
*And more!

While accounting for violence and disaster, Harvey also chronicles hope and possibility. By way of conversations about neoliberalism, capitalism, globalization, the environment, technology, social movements, and crises like COVID-19, he outlines, with characteristic brilliance, how socialist alternatives are being imagined under very difficult circumstances

In understanding the economic, political, and social dimensions of the crisis, Harvey's analysis in The Anti-Capitalist Chronicles will be of strategic importance to anyone wanting to both understand and change the world.

'David Harvey is an inspiration for me, and for people who desperately want a just world order. One of the most perceptive and intelligent thinkers the progressive movement has'

David Harvey is one of the most cited authors in the humanities and social sciences. A leading theorist in the field of urban studies whom Library Journal called ‘one of the most influential geographers of the later twentieth century,’ he is currently a Distinguished Professor of Anthropology and Earth and Environmental Sciences at the Graduate Center of the City University of New York. He is the author of many books, including Marx, Capital and the Madness of Economic Reason (Profile Books, 2017) and A Brief History of Neoliberalism (Oxford University Press, 2005).

David Harvey is Distinguished Professor of Anthropology and Geography at the Graduate Center of the City University of New York (CUNY) and the author of many books including Social Justice and the City, The Condition of Postmodernity, The Limits to Capital, A Brief History of Neoliberalism, The Enigma of Capital and the Crises of Capitalism, Seventeen Contradictions and the End of Capitalism, etc. His new book, published by Oxford University Press, is called Marx, Capital and the Madness of Economic Reason.

David Harvey has been teaching Karl Marx’s Capital for over 40 years. His lectures on Marx’s Capital Volumes I and II are available for download (free) on his website.

Tomas Phillips
5.0 out of 5 stars Fascinating read of current economics
Reviewed in the United States 🇺🇸 on January 20, 2021
Verified Purchase
This book is a breezy and fascinating survey of Capitalism, from an expert on Marx. These days, there’s much chatter about the 1% and income inequality. Anyone who was around in the 60’s or 70’s wonders “What happened… and how can we fix it?” How often people exclaim “Let’s End Capitalism Now!” The buzz suggests that Socialism and Marxist economics could provide a solution. It was in this context that I read David Harvey’s book The Anti-Capitalistic Chronicles.
David Harvey is a Professor at the City University of NY. He’s teaches and has written books on Neoliberalism and Marxist economics. The book is a series of essays, a Marxist critique of capitalism, with chapters on the growth and transformation of capitalism, shifts from labor to financial assets, references to the economies of Chile and China, Covid-19, and ideas for the future.
What I learned from this book:
- Capital is always about doubling the economy every 25 years
- Neoliberalism is about sustaining and growing upper class wealth & power
- Housing availability has decreased as housing has shifted from being a place to live to a speculative asset
- The economy was rescued from collapse in 2007-8 by the expansion of the Chinese economy
- A bewitching chapter on the $25B, 28 acre Hudson Yard development of retail, office, and high end housing, in NYC. Harvey says that it’s “a very barren environment… a symbolic presentation of the nature of what contemporary capital is about” and asks “How did this monstrosity get built”… as opposed to the more needed affordable housing?
- Capitalism is less about the labor of the working class, and more about increasing financial assets
I suppose because Harvey is an expert on Marxist economics, he frequently compares trends in capitalism to things Marx said, ranging from the plight of workers, technology, and the growth of assets. This may have historic value, but lacks corrective ideas.
There are significant efforts today in the US to create more income equality, access to health care, jobs, and housing. There are many ideas from the left, such as increasing taxes, the Green New Deal, and controls on corporations. Harvey’s final page or two are about the idea of creating “an alternative socialist society” where “we work only six hours a day and the rest of the time we do exactly as we please”. My view is that this a dated Marxist fantasy that hides from more practical changes in the economy needed for income equality. The book however, is a fascinating read for anyone interested in current economics.
Read more
14 people found this helpful
Helpful
Report abuse

Dmitry Jr
5.0 out of 5 stars Makes you think about a lot of things, and that's a good thing.
Reviewed in the United States 🇺🇸 on January 28, 2022
Verified Purchase
I've read works by David Harvey before, especially his Brief History of Neoliberalism, and I see this as a much-needed update to his book instead of him repeating himself. Highly recommend.
Read more
3 people found this helpful
Helpful
Report abuse

Russell Standridge
3.0 out of 5 stars Just ok
Reviewed in the United States 🇺🇸 on November 25, 2021
Verified Purchase
Big fan of Harvey's summary of Marx's Kapital so bought this book when I noticed it was fairly new and included perspectives on COVID. Although the content is decent, there is little new here if you are already familiar with the works and ideas of Marx and Engels. If you are not familiar with them already, this is a decent place to start.
Read more
One person found this helpful
Helpful
Report abuse

Howard
2.0 out of 5 stars biased interpretation of Capital/Labor
Reviewed in the United States 🇺🇸 on October 12, 2021
Verified Purchase
There is a whole cadre of authors- Harvey, Klein and other arguing that socialism should replace capitalism. Instead of keeping the good characteristics of capitalism and fixing certain problems, they argue that the whole system should be replaced. What are we then left with? No entrepreneurship, no new medical innovations, etc. And who gets to decide what is best for society? Of course-they do. Or President Xi , Mr. Putin, Bernie or the Squad. In many examples within the book, such as an airline going bankrupt, Harvey assumes that only the workers get hurt because they lose pensions etc. What about shareholders like state pension funds, 529 accounts for children, and mom and pop middle class investors who invested and took the risk in the airline? Conveniently not mentioned. This is what Marxists do-look at arguments from one side and try to make Marxist axioms fit the bill. My dad lived under Marxism, Communism and when he came here he kissed the ground. Socialism leads to extreme concentration of power which eventually results in dictatorship. I am open to new thought and I have read many of Harveys books, but most of this stuff has been declared dead and buried. Capitalism has reduced global poverty and produced many wonderful outcomes- medicine, etc. . Of course there are defects such as climate change, but we should fix the existing system -not tear it down.
Read more
4 people found this helpful
Helpful
Report abuse

David P. Seibert
5.0 out of 5 stars Harvey unlocks Marx
Reviewed in the United States 🇺🇸 on October 16, 2021
Verified Purchase
A great book for anyone wondering if there can be a better way to work and live. Harvey breaks down not only how we got in this mess with capital but lays out the path to the future. Indeed! Why can't we.
Read more
5 people found this helpful
Helpful
Report abuse
See all reviews

IAIN SCOTT
5.0 out of 5 stars A different way to live
Reviewed in the United Kingdom 🇬🇧 on October 24, 2021
Verified Purchase
Ok I have just finished reading David’s book, for the first time and know that I need to read it again. The book draws heavily from Marx and this is not a criticism, on the contrary it demonstrates how Marx, in very relatable language, was centuries ahead of his time.
Read more
Report abuse
See all reviews