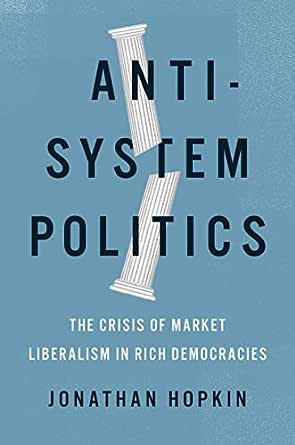 Flip to back Flip to front
Audible Sample Playing... Paused   You are listening to a sample of the Audible narration for this Kindle book.
Learn more
ISBN-13: 978-0190699765
ISBN-10: 0190699760
Why is ISBN important?
ISBN
This bar-code number lets you verify that you're getting exactly the right version or edition of a book. The 13-digit and 10-digit formats both work.


"For anyone interested in understanding the current malaise in most democracies, this book is indispensable reading. Hopkin presents a very promising alternative to the current focus on 'populism' for explaining the increasing electoral success of political parties that challenges the established
political order both from the left and the right. The argument that this fundamental shift is located in structural changes in the economy and not so much in cultural factors such as rising xenophobia is very convincing." -- Bo Rothstein, August Röhss Chair in Political Science, University of
Gothenburg
"Much scholarly 'strum und drang' has resulted from the 'populism is cultural' versus 'populism is economic' debate. Jonathan Hopkin provides us with an elegant solution to this conundrum - both sides get it wrong. In Hopkin's view what we are trying to explain is not populism. Rather, it's a
distinct Anti-System Politics that has deep roots in the dysfunctions of post war party systems and their inability to the steer political economies that they govern in the neoliberal era." -- Mark Blyth, The William R. Rhodes '57 Professor of International Economics, Brown University

"No topic could be as important as the rise of anti-system parties in the US and Europe today, and no scholar better equipped than Jonathan Hopkin to explain the backlash against mainstream parties' failures to respond to citizens' discontent with 'neo-liberal democracy.' A ground-breaking book
that explains not only how economic hardship and inequality have spurred the successes of the political extremes everywhere but also why this has played out so differently in rich democracies, depending on their social, political, and economic institutions." -- Vivien A. Schmidt, Professor of
International Relations and Political Science, Pardee School of Global Studies, Boston University
"This book, by arguably the best comparativist of contemporary Southern Europe, brilliantly counterposes the (largely) left populist movements of Spain, Italy, Portugal and Greece to the radical right of Trump and Brexit-as well as to that of Northern Europe. It carries through an intellectually
coherent and persuasive analysis centered on the deep defects of the neo-liberal framework adopted by the rich democracies in the 1980s and 1990s, and it convincingly explains these differences in the anti-system politics of north and south. Engagingly written and based on years of work, it is a
really major achievement." -- David Soskice, Professor of Political Science and Economics and Fellow of the British Academy, London School of Economics
--This text refers to the hardcover edition.


Jonathan Hopkin is Associate Professor of Comparative Politics in the Department of Government at the London School of Economics. He is the author of Party Formation and Democratic Transition in Spain (1999) and co-editor of Coalition Britain (2012). He has published widely on the party politics and
political economy of Europe. He contributes to several blogs and writes regularly for Foreign Affairs.
--This text refers to the hardcover edition. 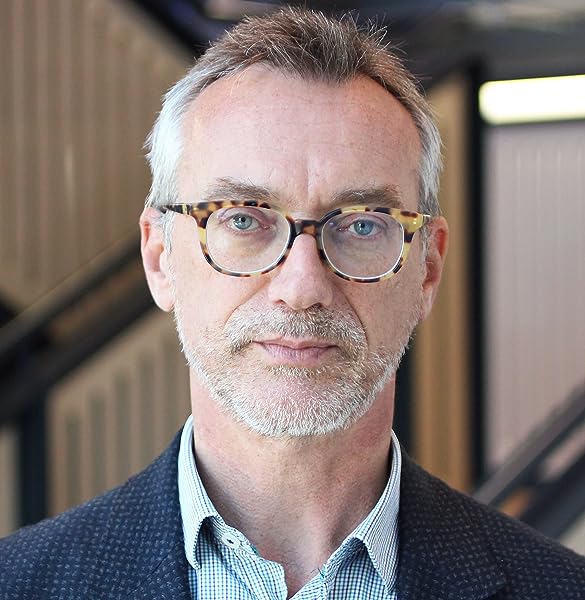 Jonathan Hopkin is Professor of Comparative Politics at the London School of Economics. He has taught and studied in Italy, Spain and the United States as well as the UK, and his research focuses on the politics of inequality.

Michael Loughlin
5.0 out of 5 stars Hopkin demands a bit of effort but if you are interested and willing to work, the rewards are great.
Reviewed in the United States on June 12, 2021
Verified Purchase
I am not an economist or an expert on current European politics but I have studied European history for over fifty years and Hopkin goes a long way in helping to explain recent political developments in the UK, USA, EU, and especially its Mediterranean members. The book takes some effort for non-economists and those who are color blind as I am, because the graphs demand perfect color vision and some level of visual acuity. Those caveats aside, this is an excellent book full of detail, insights, and depth.

This book stresses economics in its explanations of European politics in the key EU Mediterranean countries along with the UK and USA. Here is an argument that goes a long way to transcend the arguments about populism and cultural wars as explanations for what has happened since the financial disaster of 2007/8. If I could outline the arguments in a simplistic form it would be: Milton Friedman--> Reagan, Thatcher, --> Bill Clinton, Tony Blair--> Cartel politics in which the center right and center left trade places--> disaster in 2007/8-->then a failure by politics as usual to do more than bailout financial interests-->Trumpism, Brexit, and other anti-system movements in Greece, Portugal, Spain, Italy, etc come to the fore but find it all but impossible to rectify the situation. Hopkin calls for a new paradigm which solves real problems by facilitating meaningful mass political participation. Immigration and cultural issues are secondary almost everywhere, while economic issues are primary and point to the primacy of politics. "...the upheavals of the second decade of the twenty-first century stem from the failure of neoliberalism to deliver widely shared prosperity and democratic accountability. The much-discussed 'cultural backlash' thesis is superficially plausible, in that many of the anti-system parties that exploited the failures of neoliberalism advocated a return to traditional values and a reversal of the social and cultural changes resulting fromo migration...But there is substantial disconfirming evidence." In the UK, Italy and elsewhere immigration is a much greater factor in places that have had almost no immigration; that is one of his key examples for economically troubled regions in Britain, France, and Italy. Where the immigrants are, there is generally little backlash because those regions are prosperous.

As liberal democracy gave way to neo-liberal democracy and cartel politics, technocratic and or supranational controls, deregulation, and anti-statist rhetoric, the free market, business interests, and the financial system came to dominate the political order. Electoral political changes were unable to deal with the real problems being created in the neolibiberal arrangements and the globalized economic order, so anti-system politics on the right and left come to the fore depending on varying clientele, age, status, level of social/economic protections, family support systems, perceptions, and other conditions.