You've subscribed to Oakwood Mystery! We will preorder your items within 24 hours of when they become available. When new books are released, we'll charge your default payment method for the lowest price available during the pre-order period.
Update your device or payment method, cancel individual pre-orders or your subscription at
Your Memberships & Subscriptions
There was an error. We were unable to process your subscription due to an error. Please refresh and try again. 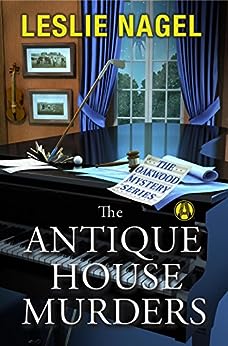 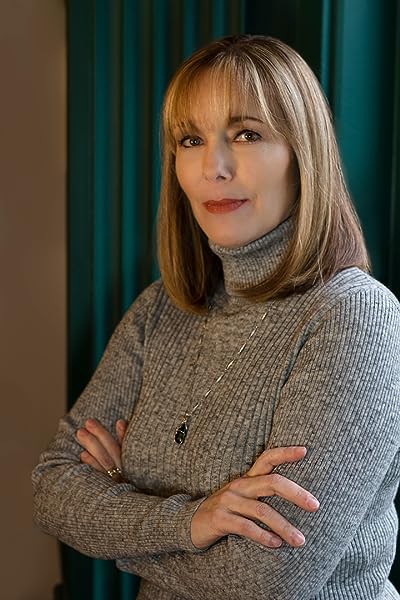 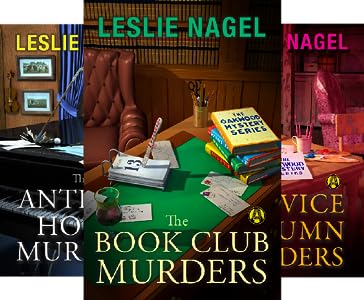 Leslie Nagel is the USA Today bestselling author of The Book Club Murders, the first novel in the Oakwood Mystery series. She lives in the real city of Oakwood, Ohio, where she teaches writing at a local community college. After the written word, her passions include her husband, her son and daughter, hiking, tennis, and strong black coffee, not necessarily in that order.

Ash FP
3.0 out of 5 stars Good mystery - problematic relationship
Reviewed in the United States on June 20, 2017
Verified Purchase
I devour cozy mysteries, reading between 5 - 7 each week. I've never felt compelled to review one until now. I enjoyed the mystery element of this book (and the previous installment), as well as the snappy prose. There's a level of detail that is often missing in other "cozy" mysteries.

But, for me, the relationship between Charley and Marc is a huge problem. He exhibits every trait usually identified with abusive partners - sudden sharp jealousy, possessive behavior, verbal put downs, rage, etc. In addition, in this book and the previous, there are instances of aggressive physical behavior by Marc toward Charley (and times when she "braces against his rage" or "anger" or "fury") that are played as titillating - I found these moments disappointing, insulting, and misogynistic.

Sadly, Charley has been cast as more immature since the previous book. I miss the strong women that I thought this series was going to focus on.
Read more
44 people found this helpful
Helpful
Report abuse

Kindle Customer
2.0 out of 5 stars antique house murders
Reviewed in the United States on June 8, 2018
Verified Purchase
again very disappointed... a good mystery doesn't need to be raunchy. Sorry Leslie Nagel in that respect I'm very disappointed in your writing style obviously someone told you sex sells but you can count out this mystery fan as I wont be buying anymore of your books and I am sorry I purchased 3 before realizing this!
Read more
16 people found this helpful
Helpful
Report abuse

Chloegirl
5.0 out of 5 stars A Killer Plot!
Reviewed in the United States on May 31, 2017
Verified Purchase
I didn't think it could happen, but the second book in this series is even better than the first! The action is intense, the romance hot, & the characters seep into your soul. Detective Marc Trenault is the perfect match for fiery red headed Charley Carpenter. Charley is intelligent & loves the rush she gets from solving mysteries. While following her instincts & intuition she constantly finds herself in a tremendous amount of trouble, some even life threatening. As the plot thickened & became more entangled I found I could not put the book down! As an extra bonus we are given a sneak peek at chapter 1 of the next book in the series. And from what I read, that one looks like an absolute must read, too!
Read more
5 people found this helpful
Helpful
Report abuse

JKomTop Contributor: Cooking
TOP 1000 REVIEWER
3.0 out of 5 stars Not a "cozy" that caught my interest
Reviewed in the United States on December 8, 2018
Verified Purchase
I mistakently bought this thinking it was Book #1, but it was quickly obvious this was Book #2 as a previous mystery is prominently referenced. Not a big deal; everything is explained clearly. However, I didn't care for Marc or Charley. They were tropes, cardboard characters without much depth.

It's the usual cliche of the heroine getting herself into trouble because she's trying to prove: (a) she's smarter than everybody else; (b) she makes feeble excuses for not telling the police what she learns/suspects, and so puts herself in danger.

Sound familiar? Of course it does. Authors have been using this dusty bedraggled plot bunny for so long, the whiskers are growing more whiskers. You may find the mystery interesting, even intriging. I didn't, and am deleting this from my Kindle.
Read more
One person found this helpful
Helpful
Report abuse

Doward Wilson
5.0 out of 5 stars WILLS & MURDER
Reviewed in the United States on December 1, 2018
Verified Purchase
A taut and well written murder mystery that will keep you turning the pages! I found the characters to be realistic as was the setting and background. The murder plot twists and turns right to an unexpected ending. There only drawback is some of the language used.
Read more
Helpful
Report abuse

Tori
4.0 out of 5 stars Fun and Suspenseful Read
Reviewed in the United States on December 27, 2019
Verified Purchase
Interesting story with suspense that keeps you guessing. Characters are well developed and keep you guessing also. Mystery twists and turns throughout the book.
Read more
Helpful
Report abuse

Marjorie Bennett
5.0 out of 5 stars Where's the next one?
Reviewed in the United States on December 8, 2017
Verified Purchase
This has to be a series. Nothing this good could be anything less. My only complaint is to ask, why do heroines have to be given a guys name? I couldn't read it in one sitting, but is that bad? I'm 72 so I don't think 2 days to read an excellent book is too long.
Read more
2 people found this helpful
Helpful
Report abuse
See all reviews

Linda Ginty
4.0 out of 5 stars Witty fun detective work
Reviewed in the United Kingdom on August 7, 2019
Verified Purchase
Good book enjoyable read. Will read another in the series.
Detection love murder what more do you need.enjoyed fun and witty
Read more
Report abuse

Amazon Customer
5.0 out of 5 stars Strong women
Reviewed in Canada on November 11, 2017
Verified Purchase
Better than the first book - characters more developed and with discreet personalities. Despite the realization that few women (or men!) would act quite do recklessly, it made for a great story. A few surprises thrown in were definitely enriching.
Read more
Report abuse

Linda m.
5.0 out of 5 stars Great murder mystery with hot characters and a tricky plot
Reviewed in Canada on December 12, 2017
Verified Purchase
An engrossing,independent heroine who can take care of herself and is smart, too! Fun characters, lively dialogue, fast moving plot. Interesting locale and skilfully written.
Read more
Report abuse
See all reviews