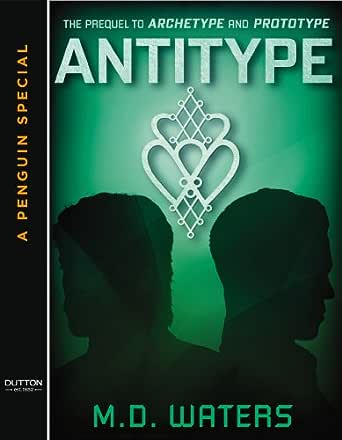 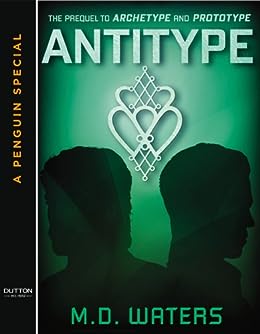 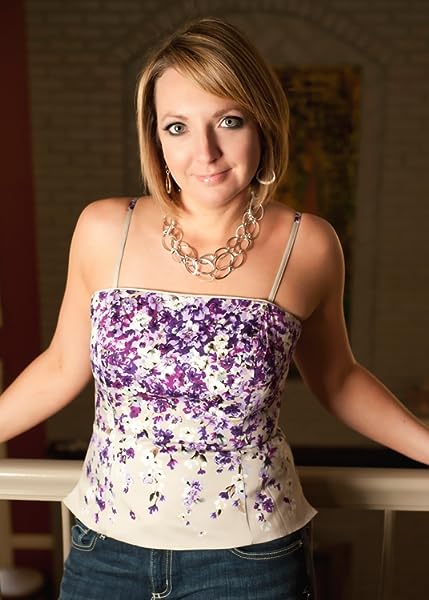 NomDePlume
5.0 out of 5 stars Loved it!
Reviewed in the United States on May 24, 2014
Verified Purchase
This novella weaves together the stories of Noah and Declan in the months before they meet Emma. While both men come from similar circumstances, the story reveals more about their character in how they deal differently with the same problems they both face. Waters' writing style is beautiful, and she paints vivid world full of nuanced characters.

Even though it is a prequel, you should definitely read it after Archetype - it won't spoiler Archetype, but I think it would make the world building and surprises less interesting. I can't wait for Prototype!

Reader101
5.0 out of 5 stars Couldn't wait to get my hands on this
Reviewed in the United States on May 13, 2014
Verified Purchase
I read ARCHETYPE by M. D. Waters so quick that I couldn't wait to get my hands on this novella. I'm a HUGE lover of stories in the male POV, especially when the original story is in the heroine's POV. I love getting a deeper understanding of the hero and what makes him tick. The beauty here though, is you get not only one, but TWO male POVs!

This is told from Declan and Noah's POV laid out over a few months, which doesn't seem like a long time, but what happens to both of these men during that summer is life changing. And I mean life changing. It can be read as a standalone, but it's much better as a complementary story to ARCHETYPE. It just helps piece more of the puzzle together. It enhances it so much more. It’s great for anyone who has read ARCHETYPE or is thinking about reading it. If you've read it, then it's going to give you a great understanding of why Declan and Noah are the way they are in ARCHETYPE. But if you haven't read ARCHETYPE yet, then this novella is a great introduction into how they ended up crossing paths with Emma. It's also a great intro to Waters' unique and captivating writing style.

I can’t say enough about M.D. Waters’ writing. I was hooked from ARCHETYPE and I’ll continue to be hooked. Her phrasing and the way she paints a picture is truly a joy to read. I would recommend this story to anyone wanting to get lost for a few hours with a good story, a well-thought-out plot, and characters so real you want to reach out and touch them.
Read more
4 people found this helpful
Helpful
Comment Report abuse

JLW
3.0 out of 5 stars Not as good as Archetype
Reviewed in the United States on June 15, 2014
Verified Purchase
This review assumes the reader has read Archetype (and really to get a full understanding and enjoyment of Anittype, you need to read Archetype first even though it's labeled a prequel).

Archetype was a 5 star read for me, partially because I liked how the story featured characters that weren't one dimensional. You had sympathy for the bad guys as they were shown to be honorable and sensitive at times. Unfortunately that does not happen here - the fathers of Declan and Noah were just evil or selfish beyond belief. If Declan and Noah had been raised by mothers who set a good example, then I would understand how they grew up so differently from their fathers, but the fact that they don't doesn't make sense that they're able to be such noble guys, totally opposite of their fathers.

In my review of Archetype, I questioned the world building where women would be treated so badly if they were in such short supply. Controlled, yes, I could see anything valuable that is scarc,e being government controlled in a dystopian world. But to allow the girls to decline in health while at the WTCs made no sense to me - you protect scarce supply as much as possible. Also, the ability for a man to marry and divorce 6 times or more made no sense. Granted that he is wealthy, but again if women are in such short supply, there would be an outcry from those who aren't as wealthy, The lower 95% of the population would want their shot at a wife and future mother of their children, otherwise, I could see civil war breaking out over this as it's such a basic need. If fertility and the continued existence of the population is such an issue, then I think eugenics for the men would be an unfortunate, but likely factor.

I almost felt like there needed to be some religious cult behind how women were treated to explain how things got so out of hand that girls at 5 are taken away from their homes and sent to a camp - why? If it was explained that while at the camps it was to ensure they were indoctrinated in a certain ideology, okay then. I'm guessing they're placed in the camps so that they can be guarded from the general population and not married off before they can be purchased by the wealthy when they reach 18? I think if there's something that drastic going on in the story's universe, the reasoning needs to be explained. Also, judging by how badly females of any age are treated in this dystopian world and that fertility is such an issue, I don't think they'd wait until a girl hit 18 before marrying her off. She'd be put in the marriage block as soon as she is fertile.

I liked learning of the back story of the two male leads from Archetype, but unfortunately the world building is going in the wrong direction to where it doesn't fly.
Read more
One person found this helpful
Helpful
Comment Report abuse

Kindle Customer
5.0 out of 5 stars Better than expected
Reviewed in the United States on June 3, 2014
Verified Purchase
In the same vein as "The Handmaid's Tale" this story line hits a level of frustration and anger at what could happen if fertility became a issue. What I really liked about this story is that there were men willing to fight against the oppression of the women. Otherwise this series would make one a man hater. Well written.
Read more
One person found this helpful
Helpful
Comment Report abuse

Kindle Customer
5.0 out of 5 stars Another spell binder
Reviewed in the United States on June 11, 2014
Verified Purchase
This is a wonderful companion to Archetype (although Archetype can stand on its own). It really fills out the back story, and being from Declan and Noah's point of view, makes it even more compelling. I truly can't wait for the next installment in this story!
Read more
Helpful
Comment Report abuse

S. L. Davis
5.0 out of 5 stars Awesome novella!
Reviewed in the United States on May 17, 2014
Verified Purchase
I'll read anything by Waters. She is an exciting new author and I am sure that I will enjoy all of her future books!
Read more
2 people found this helpful
Helpful
Comment Report abuse

Christine M. Barth
5.0 out of 5 stars Loved it, loved it, LOVED IT!
Reviewed in the United States on May 26, 2014
Verified Purchase
Wow. I've already read & loved both Prototype & Antitype, so I shouldn't have been surprised at how quickly this book sucked me into this world. But I was totally engulfed sooo quickly. I was busy rooting equally for both heroes and was blown away with the emotional journeys they took in so few pages. I loved them. I loved the story. I can't let this world go!
Read more
One person found this helpful
Helpful
Comment Report abuse

Debbie
4.0 out of 5 stars Good Background to Archetype
Reviewed in the United States on June 30, 2014
Verified Purchase
This short novel really filled the missing holes for Archetype. Interesting story and I will be reading the next book in the trilogy when it comes out.
Read more
Helpful
Comment Report abuse
See all reviews from the United States

Schmiddeee
5.0 out of 5 stars Sure this will become a Classic
Reviewed in Canada on September 21, 2014
Verified Purchase
I'm fascinated by the concept though the plot could have been deeper. Great characters. I really cared about them!
Read more
Helpful
Sending feedback...
Thank you for your feedback.
Sorry, we failed to record your vote. Please try again
Report abuse