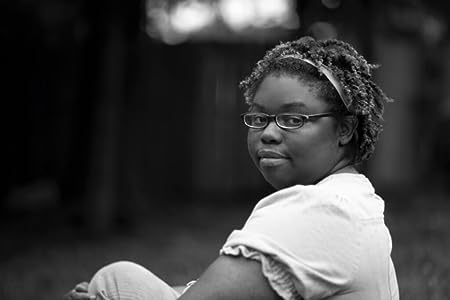 I have been writing since I was in middle school. I didn’t get the nerve to publish until I turned 40 in 2014 - thanks to the urging from a cousin of mine. The excitement of seeing my creativity become a physical book still thrills me and pushes me to continue to write. The changes in my writing is evident and encouraging, so I have to continue in order to see where this adventure takes me. Seeing reviews (good or not so good) helps me realize that people are actually reading my stories and keeps me going. I love writing, I enjoy the process and I have more stories to tell. 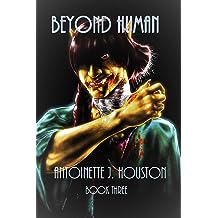 Beyond Human: Book Three (Mostly Human 3) May 21, 2017
by Antoinette Houston, Al Stewart, Bonny Moseley, Ian Frank
( 3 )
$4.99
The explosion is an ominous sign of things to come.
Honey and Sammus find that their 'rough patch' only gets worse and outside interference bring big changes they never expected.
Bo finds himself confused and unable to get over what he did to Evvie. His mental stability spirals out of control as he attempts to fulfill his sister's revenge.
San and Jelia's situation has finally gotten the attention they were trying to avoid. Jet is forced to intercede and his decisions put Jelia in danger.
Kiet and Alain find all their hard work wasted as a horrific accident brings about results they didn't foresee.

Things are coming to a violent close in this final book! Is a happy ending even possible?
Read more
Other Formats: Paperback 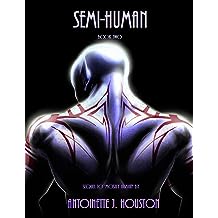 The wild adventure of Mostly Human continues in Semi-Human as Honey realizes her changes are affecting her partner, too! Emotions run high as she gets closer to Bo causing a reaction in Sammus she never expected. Bo's growing affection for the little Human threatens his careful plans and drastic measures have to be taken.
Read more
Other Formats: Paperback 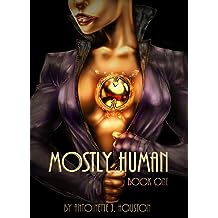 Mostly Human: Book One May 29, 2015
by Antoinette J. Houston, Alfred Stewart, Bonny Moseley, Ian Frank
( 12 )
$4.99
Honey Cantrell’s life is drastically altered when an extraterrestrial orb accidentally kills her and revives her only to bind her to a sentient ship meant to aid humankind.
Just when she thinks nothing else could possibly get weirder she finds herself embroiled in an illegal experiment, the main prize in a public courting ritual and bait in a revenge plot that has nothing to do with her.
Read more
Other Formats: Paperback 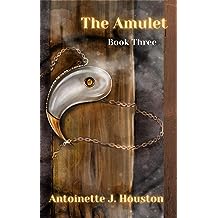 The Amulet: Book Three Mar 1, 2021
by Antoinette J. Houston, Ujala1111 from Fiverr, Bonny Moseley, Ian Williams
$3.99
Accepting that there was no chance of her reuniting with Kori or getting back to her own time; Aloyce yields to this new reality. The baby was here and Saa was more than ready to be a father. But as Aloyce opens her heart to accept her new family - revenge rears it’s conniving head.

Kori was not so accepting.
Despite making weak attempts to move on; he finds himself digging a hole he’s unable to escape. Jade has fallen for him and he’s unable to convince her otherwise due to his selfishness. After being warned and reprimanded the danger of a jilted Jade threatens everything.
Read more
Other Formats: Paperback 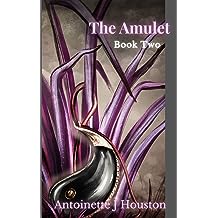 Kori loses himself to guilt and depression for a while, but Jade is determined to convince him that she’s there to ‘help him’. She hopes that the only other man she cares for can help him move on. Kori knows he has no control over what’s happening, but he can’t help but blame himself for it. Things seem bad until he's reunited with someone he never thought he'd see again.

Aloyce finds herself in a situation she never thought would happen. With limited choices she has to think of herself. And her child. She has to survive in this world and it will have to be with her new mate, Saa. He is desperate to prove that he can take care of her and their new kit. This is what he wants, but he needs her to want it, too. Even if that means giving up on ever seeing Kori or her own time again.
Read more
Other Formats: Paperback 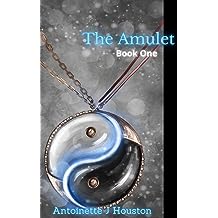 The Amulet: Book One Oct 29, 2020
by Antoinette J. Houston, Ujala1111 From Fiverr , Bonny Moseley, Ian Frank
( 2 )
$2.99
Aloyce’s father left her half an antique amulet the year he died. Her imagination made the loss easier to deal with, until she met Kori. The owner of the other half.

Kori hadn’t planned to fall for Aloyce, but he did. So when he put the amulet together in order to prove his uncle wrong about it’s supposed ‘magical properties’ he wasn’t ready for the adventure he and Aloyce would be forced on. Spirited away to the future; both Aloyce and Kori must navigate their way through this new reality in order to survive.
Read more
Other Formats: Paperback 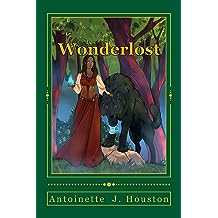 Wonderlost: Book One Nov 8, 2017
by Antoinette J. Houston, J. Petrenko, Bonny Moseley, Ian Frank
$3.99
The usual rites of adulthood for Tirin's twentieth birthday bring about more than her uncommon magykal ability. They reveal a secret that forces a cursed elf to face his nightmares, a prince to face his daemons, and a father to face his past. Will Tirin survive all the revelations?
Read more 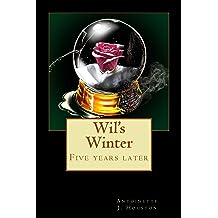 Wil's Winter: Five years later (Red Summer Book 2) Oct 31, 2014
by Antoinette J. Houston, Al Stewart, Bonny Moseley, Ian Frank
( 5 )
$3.99
In Wil’s Winter, the adventure continues five years later in a nowhere town in Texas. Wil’s trying to have a normal life, but nothing's going as he thought it would. With Ingrid and Nikki's recent marriage and the impending birth of their twins, the pressure to take that next step with Red is crushing him. It's only a matter of time before the interference of the townfolk, his betrayal, and their past rips their relationship apart.
Read more
Other Formats: Paperback 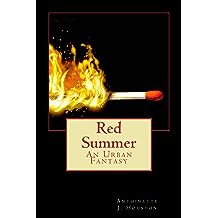 Red Summer: An Urban Fantasy Feb 4, 2014
by Antoinette Houston, Alfred Stewart, Bonny Moseley, Ian Frank
( 23 )
$3.99
Rita ‘Red’ James and friends realize that life after high school is more than just getting a job and being an adult. It’s moving onto the next stage in life or in their case, dealing with forgotten memories that reveal fantastic abilities and a dangerous past they can’t escape in Red Summer!