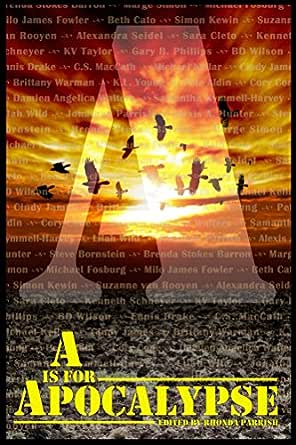 You've subscribed to Alphabet Anthologies! We will preorder your items within 24 hours of when they become available. When new books are released, we'll charge your default payment method for the lowest price available during the pre-order period.
Update your device or payment method, cancel individual pre-orders or your subscription at
Your Memberships & Subscriptions
There was an error. We were unable to process your subscription due to an error. Please refresh and try again. 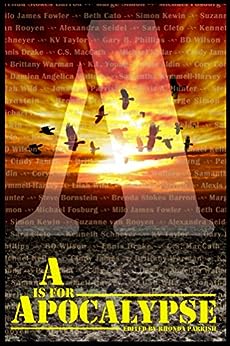 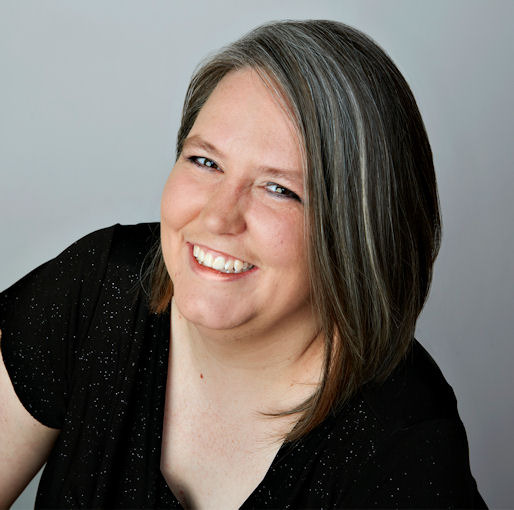 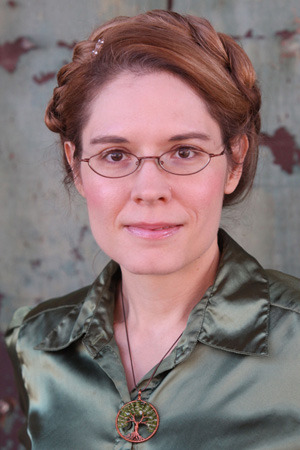 A is for Apocalypse (Alphabet Anthologies Book 1) Kindle Edition 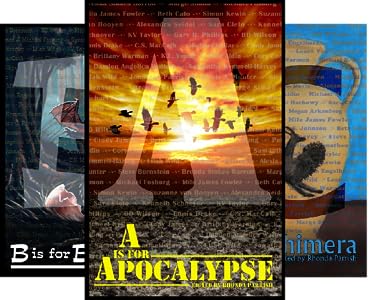 "In A is for Apocalypse, the world ends in both fire and ice-and byasteroid, flood, virus, symphony, immortality, the hands of our vampireoverlords, and crowdfunding. A stellar group of authors explores overtwo dozen of the bangs and whispers that might someday take us all out.Often bleak, sometimes hopeful, always thoughtful, if A is forApocalypse is as prescient as it is entertaining, we're in for quite aride." - Amanda C. Davis, author of The Lair of the Twelve Princesses

Christine
4.0 out of 5 stars From "The Horror Fiction Review"
Reviewed in the United States on August 29, 2018
Verified Purchase
I love themed anthologies and nifty writer challenges, and this one had an extra level of difficulty built in. The overall theme is the apocalypse, end of the world one way or another, subject to interpretation, but then, to make it trickier, each author had a different letter of the alphabet.

I won’t go through the whole TOC here, but will limit myself to choosing a few personal faves from the bunch. Such as, the entry for U, by Damien Angelica Walters; I *still* have yet to read anything by her that wasn’t spectacular, and this one about a mom trying to shield her little girl from the truth of approaching doomsday hit me right in the feels where that scene in Titanic with the old couple always does.

By contrast, Gary B. Phillips made me laugh out loud several times with his entry for the letter K, about crowdsourcing Armageddon. Other standouts: KV Taylor’s anthropological journal for J, Suzanne van Rooyen’s tragically beautiful entry for the letter F, and Pete Aldin’s creepy and all-too-plausible scenario for the letter S, and that’s where I’ll make myself stop before I end up listing them all.

With a bonus story at the end, the anthology equivalent of staying through the credits at a Marvel movie and getting a full trailer for the sequel … B is for Broken, coming soon!
Read more
Helpful
Comment Report abuse

Dr.Gonzo
4.0 out of 5 stars A Diverse and Entertaining Collection of Stories
Reviewed in the United States on March 30, 2017
Verified Purchase
This collection of stories about the apocalypse is a fun and creative read. I liked the sheer diversity of concepts in the 26 included stories. Sure some were better then others but the overall quality of story included here is high.

The stories I didn't like were the one that were too hard to understand and lacked conventional plot arcs. It's hard to care about the world that an author creates when you don't understand any of the rules of that world. Thankfully I would say only 4 or 5 stories here didn't do it for me, and they were typically among the shortest stories in the collection. This was redeemed by the fact that some of the stories are really well done and helped me to overlook the ones I didn't really care for.

Recommended to fans of science fiction short stories about the end of the world.
Read more
One person found this helpful
Helpful
Comment Report abuse

Clinton Sites
5.0 out of 5 stars Not for the faint of heart nor easily depressed
Reviewed in the United States on March 27, 2018
Verified Purchase
I am a fan of apocalyptic fiction like many others, I like novels where the author has time to develop the situation and characters prior to / during and after said apocalyptic event. The short story format never made me think that it could be otherwise.

I am happy to be disabused of such a notion! This collection of short stories are beautiful examples of how excellent writers make use of the format to pack a novels worth into so few pages by not hand holding the readers imagination (not that I dislike well crafted and detailed novels mind you).

WMH Cheryl
4.0 out of 5 stars Good read
Reviewed in the United States on January 14, 2019
Verified Purchase
I enjoyed the short stories, some more than others. Being a reading-aholic it was nice to have so many shorts that gave me a breaking place instead of a marathon reading through the night.
Read more
Helpful
Comment Report abuse

Ron Baker
3.0 out of 5 stars Mixed bag
Reviewed in the United States on November 3, 2017
Verified Purchase
There is a story for each letter of the alphabet in this anthology and I would say about half of them are good with unique premises, clear writing and a beginning, middle and ending. The other half however I found made little sense, too esoteric for my small mind perhaps.
Read more
Helpful
Comment Report abuse

Al mo
2.0 out of 5 stars N is for , ,not for me taste.
Reviewed in the United States on June 4, 2019
Verified Purchase
Just not sure this book is for me. I have set it aside for now.
Read more
One person found this helpful
Helpful
Comment Report abuse

M. R. RandazzoTop Contributor: Archery
5.0 out of 5 stars Anthologies of the end
Reviewed in the United States on December 10, 2018
Verified Purchase
Utilizing alphabet as guide, this book has 26 tales about end of everything happenings. The connection is how everyone's views are expressed.
Read more
Helpful
Comment Report abuse

Sage
5.0 out of 5 stars A fun and suspenseful collection of stories
Reviewed in the United States on September 7, 2016
Verified Purchase
A great collection of interesting stories. Everyone has their own take on the Apocalypse and what it means for their characters. Absolutely love U is for Umbrella. Since these are all short stories, you'll never lose interest in this book!
Read more
One person found this helpful
Helpful
Comment Report abuse
See all reviews from the United States