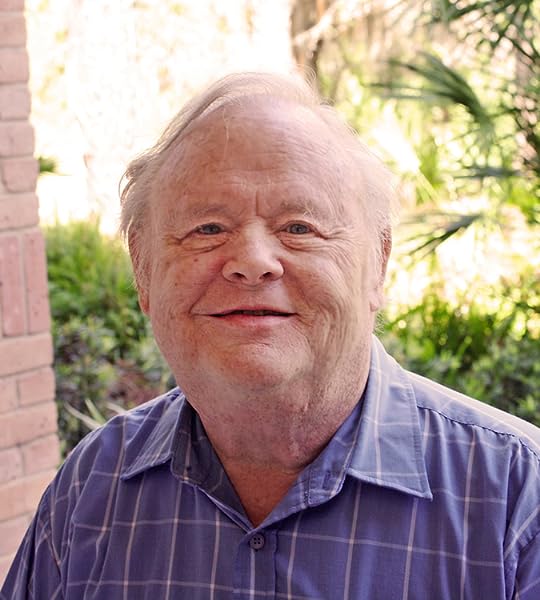 Apologetics to the Glory of God: An Introduction Paperback – February 1, 1994

John M. Frame (A.B., Princeton University; B.D., Westminster Theological Seminary; M.A. and M.Phil., Yale University; D.D., Belhaven College) is the J. D. Trimble Professor of Systematic Theology and Philosophy at Reformed Theological Seminary in Orlando and the author of many books, including the four-volume Theology of Lordship series.
Tell the Publisher!
I'd like to read this book on Kindle

4.6 out of 5 stars
4.6 out of 5
37 customer ratings
How does Amazon calculate star ratings?
Amazon calculates a product’s star ratings based on a machine learned model instead of a raw data average. The model takes into account factors including the age of a rating, whether the ratings are from verified purchasers, and factors that establish reviewer trustworthiness.
Top Reviews

Luis A. R. Branco
5.0 out of 5 stars It is a great book!
Reviewed in the United States on February 20, 2014
Verified Purchase
In this book, John M. Frame sheds needed light on the message and method of genuinely Christian apologetics. Giving special attention to application of the truth, he insightfully examines apologetics as proof, defense, and offense. Frame clarifies the relationships of reason, proofs, and evidences of faith, biblical authority, and the Lordship of Christ. He offers a fresh look at probability arguments and gives particular attention to the problem of evil.

I couldn't find any weakness in the book that raised many of my concerns. i am not saying that the book is perfect but it definitely provides us more strong points and evidence on the matters concern to the absolute of God as creator of the whole universe and also provides us with very good insights on the the arguments related to the existence of God and also the relevance of the Scripture. On page 122, Frame gives us a very striking argument about the importance also of the Scripture. He says: "Scripture itself is one element in the saving message. And the doctrine of the Scripture is not located only in a few texts of the Bible. Rather, it pervades the Scripture. God is very concerned, not only that we believe in Christ, but also that we believe in the Word which tells us about Christ, the very Word of God. God has not only given us salvation in Christ, but also a wonderfully simple way to know about that salvation."

I could make a long list of the issues raised while I was reading this book, but main issue for me is the need that we have as Christian to manage well the Word of God but also be aware of the philosophies around us and without fear and anger deal with them, clarify their mistake and show the relevance of the Word and Christ. God is glorified in us when we surround ourselves to Him to be used as a living testimony of his love for humanity.

A. Sutono, a.k.a., Birdey The Observer
4.0 out of 5 stars Presuppositional Apologetics: Seemingly Pedestrian, but Actually Powerful
Reviewed in the United States on January 24, 2009
Verified Purchase
A brief look at the essence of presuppositional apologetics may make one think that this approach will not go too far since those who have a different presupposition will most likely immediately say, "Well, you have your own presupposition and I have mine. End of the story. Good bye!" Another reason why one might think twice before applying this apologetic method is considering the circular nature, narrow and broad, of the presuppositional arguments. Yet another critique that is covered also in the Appendix from the so-called Ligoniers Group by Sproul, Gestner and Lindsey says presuppositional apologetics is irrational. In answering these objections, first, instead of stopping at the conclusion that each one has his or her own presupposition, even though it might be true, further steps need to be taken, which are the meat of this book. These steps involve laying out the arguments why a biblical presupposition is the most rational and corresponds to the truth of the realities we face everyday in the world, which Prof. Frame divides into three sections; the proofs, the defense and the offense; the latter involves exposing the irrationality and inconsistencies of non-biblical presuppositions resulting from the fallen human nature that resists divine revelation in conscience, nature, universe and the Scriptures and so consequently, embraces an autonomous self presupposition. In answering the charge of circularity, Prof. Frame correctly responds that every argument, even that given by classical or traditional apologetics, in the end is inevitably circular, though it may not be explicit due to the broadly circular nature of it. It eventually returns to a fundamental assumption or believe that one embraces; an ultimate presupposition, a basic heart commitment or an ultimate trust, as Prof. Frame calls it (p. 6).

These answers to the first two objections themselves to me are adequate to cover the Ligoniers authors' charge of irrationality as well. But Prof. Frame goes extra miles by exposing the weaknesses of evidentialism, particularly that promoted by the Ligoniers authors. The one that is most alarming is the argument of neutrality, the implied denial of the natural hostility toward God of the natural men, "the lack of seriousness in the application of the doctrine of depravity to apologetics" (p.235), considering these authors are modern day proponents of Reformed Theology. Prof. Frame rightly asks, "Seriously now, is this [the idea of natural men being sincere seekers after truth] a doctrine of depravity worthy of Calvinists?" (p.235).

What Prof. Frame is promoting in this book is a biblical presupposition as both apologetic and evangelistic methods since he has a high view of the Scriptures as inerrant, inspired and infallible divine revelations. Despite robust and compelling arguments to support the case for presuppositional apologetics, however, it doesn't mean that it has all the answers, including the answer to the problem of evil. None of the apologetic methods does. Nevertheless it teaches the right response and attitude toward the problem of evil, again, on the basis of biblical presupposition. Here is what Prof. Frame writes,

"My own verdict is that we are unlikely to find complete answers to all these questions (the problem of evil, pain and suffering) - answers which are not subject to further questions. But I do think we can provide answers in another sense. If what you want is encouragement to go on believing in the midst of suffering, Scripture provides that, and provides it abundantly (the best argument being the account of Job's interview with God). If you want help to go on trusting God despite unexplained evil, yes, we can help" (p.152).

At first, presuppositional apologetics may seem pedestrian or even boring, but upon a deeper study, it is a more powerful argument than any apologetic methods. I am not saying it is more effective, but it is more powerful. Ultimately, the effectiveness of the apologetic method, whether it be used as a defense of the Christian faith or simultaneously as for an evangelistic purpose, does not depend on human effort or the type of approach one employs, but on divine influence. In other words, it is God who eventually makes the call how effective He would cause a particular apologetic endeavor to be; whether to the one "the savour of death unto death; and to the other the savour of life unto life" (2 Cor 2:16).
Read more
8 people found this helpful
Helpful
Comment Report abuse

Adam T. Calvert
5.0 out of 5 stars A Great Companion to Bahnsen's Alway's Ready
Reviewed in the United States on January 3, 2010
Verified Purchase
This introduction to apologetics is of great value. While admittedly not being nearly as in depth as in The Doctrine of the Knowledge of God (A Theology of Lordship) John Frame does a wonderful job of presenting a Biblical view of apologetics.

Frame has a good way of making things clear and orderly. And he presents a very compelling theory and method of argumentation in this book. At the same time, however, some of his thoughts raise questions for the reader that he does not answer. (Although he seemingly anticipates this and frequently references DKG in his footnotes).

While not strictly adhering to Van Tillian presuppositionalism, Frame does a great job of introducing apologetics from a Biblical mindset - that is, as Christians we should defend the faith without departing from it to some alleged "neutral" ground. And he demonstrates an interesting active method of encountering unbelievers.

For those unsure if they are ready to study the theoretical aspect of Biblical apologetics, Frame encourages the reader to read Chapter 9 first (a hypothetical conversation between a Christian and a non-Christian). this will help the reader to see whether or not he would be interested in pursuing the theoretical discussions behind that conversation. I did, and it was compelling enough!

While this book was a great read and introduced apologetics in an orderly fashion: proof, defense, offense - a companion volume that I would highly recommend is Greg Bahnsen's book, Always Ready: Directions for Defending the Faith, which has a great impact on the heart and application of Biblical apologetics.
Read more
4 people found this helpful
Helpful
Comment Report abuse
See all reviews from the United States

medo
4.0 out of 5 stars Frame, frames apologetics nicely in this book.
Reviewed in Canada on December 14, 2015
Verified Purchase
John Frame does an excellent job of taking you through the thought process to defend one's faith. I would recommend this book to anyone interested in knowing the mechanics of presuppositional appologetics. Some books on the matter instruct on a, "if they say 'A', you should say, 'B'" However, if you want to be your own thinking person, frame is a good place to start. I can't say i nessesarily agree with him on his criticisim of the transadental method, but again, for a beginner on the matter, Frame is a good place to start.
Read more
Helpful
Sending feedback...
Thank you for your feedback.
Sorry, we failed to record your vote. Please try again
Report abuse