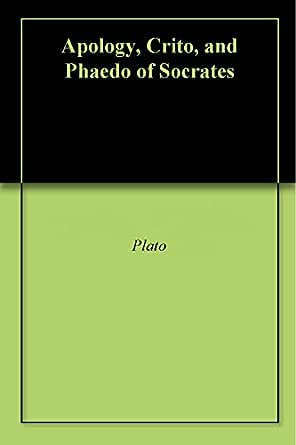 Plato was born 428/427 BCE, in Athens, Greece and died 348/347, in Athens. He is an ancient Greek philosopher, student of Socrates (c. 470–399 BCE), teacher of Aristotle (384–322 BCE), and founder of the Academy, best known as the author of philosophical works of unparalleled influence. Building on the demonstration by Socrates that those regarded as experts in ethical matters did not have the understanding necessary for a good human life, Plato introduced the idea that their mistakes were due to their not engaging properly with a class of entities he called forms, chief examples of which were Justice, Beauty, and Equality. Whereas other thinkers and Plato himself in certain passages used the term without any precise technical force, Plato in the course of his career came to devote specialized attention to these entities. In metaphysics Plato envisioned a systematic, rational treatment of the forms and their interrelations, starting with the most fundamental among them (the Good, or the One); in ethics and moral psychology he developed the view that the good life requires not just a certain kind of knowledge but also habituation to healthy emotional responses and therefore harmony between the three parts of the soul. His works also contain discussions in aesthetics, political philosophy, theology, cosmology, epistemology, and the philosophy of language. His school fostered research not just in philosophy narrowly conceived but in a wide range of endeavours that today would be called mathematical or scientific. --This text refers to an alternate kindle_edition edition.

4.4 out of 5 stars
4.4 out of 5
88 global ratings
How are ratings calculated?
To calculate the overall star rating and percentage breakdown by star, we don’t use a simple average. Instead, our system considers things like how recent a review is and if the reviewer bought the item on Amazon. It also analyzes reviews to verify trustworthiness.
Top reviews

JoJo Flan
5.0 out of 5 stars Compelling Arguments
Reviewed in the United States on October 4, 2020
Verified Purchase
I've read this version only for the Crito, of which I could find separately no where else on Amazon for free, like I could the other dialogues. I was hesitant to believe that Socrates could convince me that the laws should he obeyed at any cost, but he seems to have done a very good job. Still, I must reflect on what to do when the laws are clearly unjust, and must be revolted. Of course, what I am referring to is my reverence of the American Revolution, and my hypocrisy in both believing the laws should be obeyed while also believing the revolution was just. I still believe this, despite its apparent hypocrisy, but I will have to reflect more on it. Socrates makes a compelling argument for the purpose of laws, and the purpose of following the laws. Even in his arguments, he makes points that I have often thought, yet never organized in such a way as he. Truly a great philosopher and a great man.
Read more
Helpful
Report abuse

Vince
4.0 out of 5 stars My dad is dying, and this book helped me coup.
Reviewed in the United States on August 25, 2015
Verified Purchase
I read this book at the time when my dad is currently now dying of cancer. And it couldn't have been a better time for this book to help me to coup. The book starts off on Socrates's trial, then after his death sentence, was interviewed by one of his students about what was said after the sentence date was set.

He has some interesting points of view about what happens after death. About the soul and immortality, and all.
But I keep asking myself, "How does he (or anyone for that matter) know this? How can anyone know about on what happens to someone after they die? As an Atheist, to me its all just speculation. But I will say this much...

Whether there's an afterlife or not, it ultimately is not up to us to decide. It wasn't up to us to be born, what gender, race or abnormalities we have. Nor is it up to us, what happens after we die. It doesn't need our approval to exist or not. No more than the ground we walk on needs our approval to walk on it.

As for my soon-to-be late dad. It'll be a very difficult time for me in my life. But I'm glad that this book reached me in time to help me get through it.
And so, in closing. Enjoy your life. Enjoy it with your loved ones. Spend as much time with them as you can. Life and time are both precious, and once you spent that time with your life on the ones you love, it's well worth the investment once they're gone.

nomemprunte
3.0 out of 5 stars The foundation of Western logic, with a few cracks in it
Reviewed in the United States on June 4, 2017
Verified Purchase
I enjoyed the majority of each of these three works but found the Apology to be the most logically sound. In the Crito, Socrates makes the case for following the dictates of the state, even if that state condemns an innocent man to death occasionally. Although his logic is good, in this case Socrates does not seem to be a man on the cutting edge of social progress- ironic, given his "crime". To Socrates, civil disobedience as a means of change either never occurred as a thought or was not a viable option. For all of his Socratic method, he remained a product of his society and the era in which he lived in many things. (But the same can be said of this review) In the Phaedo Socrates goes about proving the immutability of the soul to his followers. They seemed pretty well convinced but I think that many of Socrates's arguments leave much room for rebuttal. I agree with Socrates's conclusion, just not the premises which get him there. That being said, after reading this book I get the impression he's someone I'd want to meet.
Read more
Helpful
Report abuse

THREEKAY
4.0 out of 5 stars The Birth of a Great Philosophy and Death of a Great Philosopher
Reviewed in the United States on February 2, 2014
Verified Purchase
This is an amazing book of philosophy and trial of Socrates, the man considered to be the Father of World Philosophy. The book is written by Plato, one of the staunch devoted pupil of Socrates and prominent ancient philosopher. The book is nothing but the translation of three of Plato’s works namely, “The Apologia”, “The Crito” and “The Phaedo” all of which have reference to the trial, imprisonment and death of Socrates.
The first part represents the trial of Socrates in the court of law at Athens, where he argues for himself at the age of seventy, on the charges against him, that he did not believe in the Gods recognized by the State and that he had corrupted the Athenian youth by his teachings. Though Socrates gives all reasonable and logical explanations to prove his integrity and innocence, the judges sentence him to 'death by poison', which Socrates obeys, as he was committed to follow the law of the land. In the second part, Plato records the visit of Crito, Simmias, Cebes and Phaedo along with many of friends and pupils of Socrates, in the prison, to offer him a secret escape. But Socrates convinces all of them against such act, as he believes in obeying the diktat of the supreme law governing Athens. The third and the last part records the final day of Socrates in the prison when he teaches the immortality of soul, its pre-existence, its journey and the law of contraries. He comes to a conclusion that death brings about liberation of his good soul to a different world of peace and harmony and hence he welcomes such a separation without any grief or pain. He finally bids farewell to his pupils, friends, family, takes a bath and drinks the poison to lie down and pass on to eternal sleep, which he calls ‘death’ or separation of the immortal soul from the moral body.

Positives: The book gives deep insights into the understanding of wisdom and knowledge, the true identity of a great philosopher. The ideology of Socrates which brings about distinct separation of the immortal soul and mortal body through various logical explanations related to common examples that can be easily understood by a reasonably intelligent person, is well illustrated. One can get the basics of philosophical thinking and start to experience detachment from materialistic things once he finishes reading this book with utmost concentration.

Negatives: Many tough logical reasonings can be above the grasping power of many and consider Socrates philosophy as ‘insane’. Very difficult to understand some parts, if not read with concentration.

My rating is 4 out of 5.
Read more
One person found this helpful
Helpful
Report abuse
See all reviews

M. Lopes
5.0 out of 5 stars A pleasure to read.
Reviewed in the United Kingdom on March 22, 2016
Verified Purchase
Socrates is a legend and for good reason. An excellent piece of literature that will edify any mind and should grace every personal library. The investigation of philosophy will only improve you.

Put down your cosmo or your mens health or whatever other shallow nonsense you abuse your mind with and read something with integrity.

Nathan
5.0 out of 5 stars History and philosophy
Reviewed in the United Kingdom on November 20, 2018
Verified Purchase
Haven't read any alternative publishings of this book, but found it easy to read. Great increase of knowledge for free.
Read more
Report abuse

Les H
5.0 out of 5 stars good copy
Reviewed in the United Kingdom on May 28, 2013
Verified Purchase
good copy of Plato's work and very handy for being on kindle. Its an old translation but I've still been using it for my uni study
Read more
One person found this helpful
Report abuse