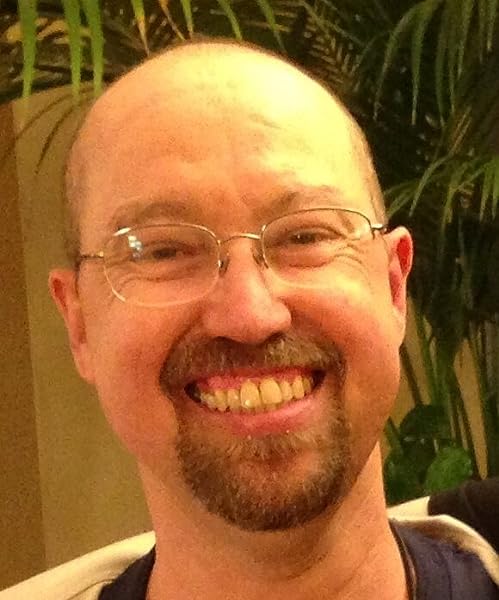 by Paul Pavao (Author)
4.7 out of 5 stars 22 ratings
See all formats and editions
Sorry, there was a problem loading this page. Try again.

In The Apostles Gospel, Paul Pavao takes you through the apostles' sermons in the book of Acts--the only sermons in the Bible delivered by the apostles to the lost--and reveals the most important message on the planet, the Gospel of Jesus Christ.

The Apostles' Gospel is easy to follow and simple to understand. As one reviewer wrote, "One simply cannot argue with the theme." No tricks, no fancy interpretations, and no Greek exegesis needed. It really is as simple as letting the apostles say what the apostles said.

Paul Pavao is a husband of a wonderful Christian wife and father of six children. He is proven historian and storyteller.
He wrote
Decoding Nicea, the detailed and enthralling story of the Council of Nicea and the profound changes it made in the Roman empire and western history. It provides over 70 pages of letters from participants in the Council. He has also written Rome's Audacious Claim, a thorough history of the rise of the pope's claim to full, supreme, and universal authority over all churches. Rome's Audacious Claim is a refutation of papal primacy just by its history, but Pavao also exposes the misquotes, out-of-context quotes, and omissions of Roman Catholic apologists.
Paul is also webmaster of Christian History for Everyman, which has been praised by pastors, apologists, and, above all, laymen who are surprised to find church history interesting and understandable. They are thrilled to discover they can put their hands on writings and letters from people who knew the apostles and were part of their churches.
In 2019, Paul is in remission from both leukemia and lymphoma and is teaching discipleship, supporting missionaries, and fighting for unity and holiness among the churches in his county in west Tennessee.

Paul Pavao has two main interests: obedience-based Christianity and early Christianity. The emphasis on obedience in the New Testament is far too overlooked, and modern confidence in the traditions of men means modern Bible interpretation is suspect at best. This is proven by the myriad divisions in modern Christianity.

Paul has been searching and studying the Christianity closest in time to the apostles for 35 years. If is from those writings that he came to realize just how obedience-based "the faith once for all delivered to the saints" is supposed to be. As Psalm 111 says, "A good understanding have all they who do his commands."

Paul loves making scholarly subjects exciting and readable for the masses. He studies and references like a scholar, always ensuring his works are evidence-based, but writes like he's your best friend. _Decoding Nicea_ is his 460-page true account of the much-maligned Council of Nicea and has been consistently reviewed as "always interesting."

Paul's favorite claim to fame is the support of effective missionaries and missionary leaders.

"Men of God that are effectively expanding the Kingdom of God, planting churches, and making disciples, nonetheless take time to read almost everything I write. A couple have encouraged me to start a Bible school. No book review could match that commendation."

J.T. Tancock, "The Welsh Apologist," church planter and defender of the faith, wrote of _Decoding Nicea_, "Man alive, what a book! ... His writing style isn't pretentious, stuffy or academic but he IS competent in his field and a great communicator."

The reviews, of both _Decoding Nicea_ and Christian-history.org, his church history site, emphasize two things:

1. Paul's books give people access to information they never had before.

2. They had no idea history could be so interesting.

His second book, _The Apostles' Gospel_, is short and simple. It compares the preaching done by the apostles in Acts with the preaching we do today. There is a lot to learn from this little gem. He has also written a booklet on grace, also available on Amazon.

His second full-length book, _Rome's Audacious Claim_, which rebuts the pope's claim to full, supreme, and universal power over all churches, will be out December 1, 2019. Paul's book tells the story of the rise of the pope's claim to primacy in detail, which refutes the claim by itself. He does not stop there, but also exposes the misquotes, misrepresentations, and omissions of the top Roman Catholic apologists.

Paul is most excited, though, about the 2020 release of _Rebuilding the Foundations_, which he regards as the central purpose of his life and ministry. His 37 years as a disciple, teacher, writer, and pastor are brought together in the book and the RebuildingTheFoundations.org website.

Paul is writing, making disciples, and praying and fighting for holiness and unity among the churches as he rebuilds his strength after battling and overcoming leukemia and lymphoma. He and his wife, Lorie, live in Selmer, TN.

Ken Mullins
5.0 out of 5 stars Overview of the Gospels according to the Apostles
Reviewed in the United States 🇺🇸 on July 3, 2013
Verified Purchase
Paul Pavao masterly reviews all the sermons found in Acts and succinctly presents the components, which are fantastically parallel.

You killed Jesus.
God raised up Jesus.
We are witnesses of this resurrection.
The resurrection proves that Jesus is Lord
Those who hear should repent.
Repentance will bring forgiveness of sins and the Holy Spirit.
(Kindle Locations 164-166).

Likewise today's Gospel presentations by most evangelicals is very similar to this:
Eternal life is a free gift; it is not earned or deserved.
Man is a sinner and cannot save himself.
God is merciful and doesn't want to punish us, but he is just and therefore must punish our sin.
Jesus Christ is the infinite God-man. He died on the cross to pay for our sins and rose from the grave to purchase a place in heaven for us.
This gift is received by faith. Saving faith is not just head knowledge about God, nor is it just
(Kindle Locations 282-285).

Take-away: We (Evangelicals) are introducing our doctrine/theology into our Gospel presentation. This is a brief informal read--but thought provoking. Highly recommend.

Lori C.
5.0 out of 5 stars The best news of all time!
Reviewed in the United States 🇺🇸 on August 22, 2020
Verified Purchase
The author takes us back on an important history lesson looking at the good news that the apostles preached. The good news of God's kingdom ruled by the Messiah, Jesus the resurrected Son of God. When you hear the good news explained this way it is life changing! You will not be disappointed.
This book is very highly recommended.
Read more
One person found this helpful
Helpful
Report abuse

NinjaTerminatorDef-Rock
5.0 out of 5 stars WOW
Reviewed in the United States 🇺🇸 on December 6, 2014
Verified Purchase
I have been reading Pavao's books and it has been refreshing. He is not saying anything new, rather it is quite old, but he is bringing us back to a pre modern, pre reformation, pre Nicean Biblical mindset. Frankly he is writing what I discovered as a high school student who then went to Bible college and learned how to make Christianity way too complicated.

I'm am apart of what is called The Restoration Movement whose goal was to reinstitute simple New Testament Christianity. We never really never made it back much further than 1840, Pavao challenges us to put our RM credentials to the test and we have been found wanting.
Read more
3 people found this helpful
Helpful
Report abuse

JB
3.0 out of 5 stars Clear and simple telling.
Reviewed in the United States 🇺🇸 on August 30, 2017
Verified Purchase
Short and to the point with no fuss. The author adopts a gentle posture with simple arguments, leaving the reader to make up his or her own mind.
Read more
2 people found this helpful
Helpful
Report abuse

Ragetoca
5.0 out of 5 stars great book on the gospel
Reviewed in the United States 🇺🇸 on August 27, 2013
Verified Purchase
Great book but wish it was a little longer. Easy to read and understand. One cannot simply argue with the theme here. I will read it again a few more times.
Read more
2 people found this helpful
Helpful
Report abuse

Benjamin
5.0 out of 5 stars Amazing!
Reviewed in the United States 🇺🇸 on August 25, 2013
Verified Purchase
I've not finished this book yet, but it it is packed with a lot of truth. Makes sense of what 2000 years of culture difference has lacking.
Read more
2 people found this helpful
Helpful
Report abuse
See all reviews

Howell M. Williams
5.0 out of 5 stars short but with bite
Reviewed in the United Kingdom 🇬🇧 on January 10, 2022
Verified Purchase
This is not a long book but what it says is so important because it challenges an inaccuracy in the preaching of the church today with regards to exactly what the Good News of the Gospel really is.
Read more
Report abuse

Dave Kinsella
5.0 out of 5 stars Evangelism Our Way or the Apostles Way?
Reviewed in the United Kingdom 🇬🇧 on July 31, 2014
Verified Purchase
An Interesting subject. Well worth an investigation even if you disagree. When you read this read "Prophetic Evangelism" by Mark Stibbe too for another slant on the topic of Evangelism.
Read more
Report abuse

Truth Seeker
5.0 out of 5 stars This book demands a response
Reviewed in the United Kingdom 🇬🇧 on May 15, 2018
Verified Purchase
Brilliant. Takes the religion out of the gospel!
Read more
Report abuse

Philip
5.0 out of 5 stars A must read for seekers of Truth
Reviewed in the United Kingdom 🇬🇧 on August 30, 2017
Verified Purchase
In reading this book, I was amazed to see how my life since conversion has been based upon something other than the right foundation it should have been; the Person of the Lord Jesus Christ. Life giving.
Read more
Report abuse
See all reviews