<![endif]--> Skip to main content
Share <Embed>
Flip to back Flip to front
Listen Playing... Paused   You're listening to a sample of the Audible audio edition.
Learn more
See all 3 images 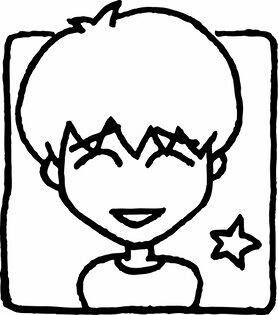 Miyuki Miyabe's debut story, “Warera ga rinjin no hanzai” (Our neighbor’s crime), won a new writer award in 1987, and since that time, she has become one of Japan's most popular and best-selling authors. Miyabe's fantasy novel Brave Story won the Batchelder Award for best children's book in translation from the American Library Association in 2007. The Gate of Sorrows is an adult novel in the same universe as The Book of Heroes (Haikasoru, 2010). Her other works available in English include All She Was Worth, Cross Fire, The Sleeping Dragon, Apparitions, ICO: Castle in the Mist, and more.
Start reading Apparitions: Ghosts of Old Edo on your Kindle in under a minute.

James
5.0 out of 5 stars I actually quite enjoyed this book
Reviewed in the United States on February 15, 2015
Verified Purchase
I actually quite enjoyed this book, I was a little bit iffy at first when reading it but it soon grew on me. The book is quite easy to read with each "chapter" being a different story. Each one is entirely original and unlike the last which make them quite original. The only thing I noticed was while reading them I would completely forget who was who due to the names. I was still able to enjoy each story though!
Read more
One person found this helpful
Helpful
Comment Report abuse

Kwaidan
5.0 out of 5 stars The Futon Storeroom alone would give this book 5 stars
Reviewed in the United States on November 6, 2016
Verified Purchase
Like Tales of Moonlight and Rain, Spirited Away, or Mushishi, this collection of stories looks at a series of Japanese ghosts from the angle of their own anguish, suffering, desires or solitude, with the old Edo as the backdrop.
Read more
One person found this helpful
Helpful
Comment Report abuse

n.rivot
4.0 out of 5 stars Good reading.
Reviewed in the United States on December 28, 2014
Verified Purchase
I really enjoyed this book. I regret there are not more of Miyuki Miyabe's books translated, as they never fail to be interesting.
Read more
One person found this helpful
Helpful
Comment Report abuse

Brandi Weed
4.0 out of 5 stars Fans of Lafcadio Hearn and MR James should give this a look.
Reviewed in the United States on March 10, 2014
This anthology of 9 ghost stories has a wonderfully old-style feel to it; I'm not sure if it's that the social stratification of Edo-period Japan is reminiscent of Victorian England's class strata or Daniel Huddleston's translation (which doesn't sound particularly Victorian but is very good at keeping the feel of Japanese honorfics). The physicality of the ghosts and oni is definitely evocative of writers like MR James and EF Benson.

Of the stories, the best one is "Cage of Shadows", a first-person narrative (and nunc dimittis) that is moving because of the narrator's sorrow about whether things could have turned out differently-- had he stepped out of station, could he have stopped the tragedy that unfolded? Other stories of note include "When Plum Rains Fall" (the introduction compares it fairly to "The Minister's Black Veil"), "The Futon Storeroom" (a horror story any Marxist would be pleased with!) and "The Mussel Mound" (which reminds me especially of Lafcadio Hearn and has a streak of dark humor).

Danny
5.0 out of 5 stars Not So Alone
Reviewed in the United States on May 28, 2014
Apparitions: Ghosts of Old Edo by Miyuki Miyabe contains nine stories. Each one is filled with characters going through trying times in their lives and you see how these ghosts affect them. Most of the stories are pretty creepy, but there are a few that give such a sweet ending it was surprising to see them in this book.

The book blurb says it best that these stories are “written with a journalistic eye and a fantasist’s heart.” They’re grounded in real life happenings that the reader is able to understand what the characters are going through but also get swept up in the events of their lives being affected by the supernatural. The stories (I felt) are essentially mysteries. Sure the ghosts are surrounded in mystery (that’s a given.) But so are other parts of the stories that the author doesn’t choose to answer. I mean, why should we know every detail? It wouldn’t be a good mystery if the only mysterious thing were the ghosts themselves. Reading this book was almost like reading a Neil Gaiman novel, and I’m okay with that.
Read more
2 people found this helpful
Helpful
Comment Report abuse

Helio, UK
5.0 out of 5 stars An excellent range of tales
Reviewed in the United Kingdom on March 16, 2015
Verified Purchase
An excellent range of tales, drawn from gloriously weird and creepy sources. Absolutely immersive and full of alarm. Great translation, too. Well done!
Read more
One person found this helpful
Helpful
Sending feedback...
Thank you for your feedback.
Sorry, we failed to record your vote. Please try again
Report abuse

Page 1 of 1 Start overPage 1 of 1
This shopping feature will continue to load items when the Enter key is pressed. In order to navigate out of this carousel please use your heading shortcut key to navigate to the next or previous heading.
Back
Next
Pages with related products. See and discover other items: japanese authors in english, japanese authors, old myths and legends books