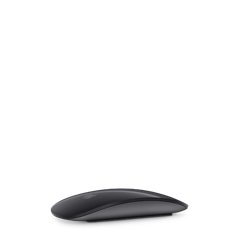 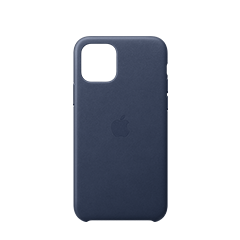 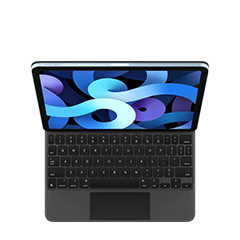 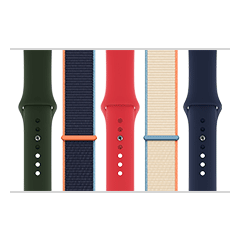 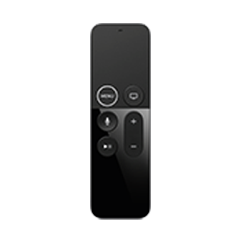 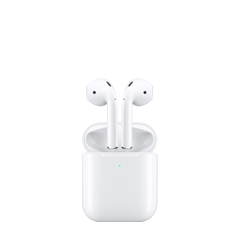 Visit the Apple Store
4.7 out of 5 stars 30,608 ratings
| 965 answered questions
#1 Best Seller in Digital Pens
Save $0.94 at checkout. Details
Available at a lower price from other sellers that may not offer free Prime shipping.

4.7 out of 5 stars
4.7 out of 5
30,608 global ratings
How are ratings calculated?
To calculate the overall star rating and percentage breakdown by star, we don’t use a simple average. Instead, our system considers things like how recent a review is and if the reviewer bought the item on Amazon. It also analyzes reviews to verify trustworthiness.

Michael C. Bell
5.0 out of 5 stars It really grew on me
Reviewed in the United States on May 6, 2017
Verified Purchase
Did I really want to spend $100 for a stupid stylus? No, absolutely not. However, I wanted to be able to do some handwritten notes in OneNote on the iPad Pro.
Pros:
As many have noted, the lag is negligible (one of my main gripes on the Surface Pro 3)
The weight of it is very nice and the writing natural
I first thought it was fairly dumb to have to be plugging it into the bottom of my iPad to charge, but it really does charge quickly
I am able to write in very fine detail
Cons:
The battery life is about the same as the iPad itself, which for a stylus, is not very impressive (but this balances out by the speed in which it can charge)
It's very expensive
The detachable cap is d-u-m-m (dumb). Very easy to lose. I would highly suggest paying the few dollars for the cap tether.
It really has no home with the iPad (doesn't have a stylus compartment and/or loop
Because of this, I bought the magnetic sleeve which allows it to stick to the edge of the iPad
In my opinion, Apple should make multiple tips available. If you are like me, I don't particularly like the feel of writing on glass. I would much rather have a rubber like tip, as opposed to hard plastic, to give just a little more resistance when writing, so that it feels more like pen/pencil on paper. But, I have certainly been able to adjust to the feel of the writing the way it is.

I know my cons list is longer than the pros, but considering the purpose of the pencil, the pros have it by a long-shot. I have really grown to enjoy using the pencil and use it almost daily.

Meghan
1.0 out of 5 stars Didn’t work, WAS NOT NEW!
Reviewed in the United States on July 26, 2018
Verified Purchase
I bought this pencil, super excited to use it on my iPad Pro. I’ve heard nothing but great things, yeah, it’s expensive but it really does replace the good old pencil & paper. HOWEVER, upon opening the box, I received a used Apple Pencil, missing the lightening cable adapter & additional pencil-tip. And to further the disappointment, it didn’t even work. I’m really disappointed in amazon. Be careful when you click “Buy-new” because apparently the vendor/amazon doesn’t think buyers will notice the product is NOT new. I hope others take note in the condition of their product upon opening the box. Hopefully no one else is screwed over like I was.
Read more
961 people found this helpful
Helpful
Comment Report abuse

Spencer Gibb
5.0 out of 5 stars There's no competition.
Reviewed in the United States on April 4, 2017
Verified Purchase
I'm not gonna write an Apple Pencil review, you can find a million online that discuss the pros and cons of the design (such as losing caps and lightning adapters etc...). All I'm gonna say it that this is the ONLY choice if you want to write or draw on an iPad Pro. I was skeptical of dropping $100 on a stylus that I didn't expect to work that well. There was also the question of "Do I really need one?". Well, turns out I use it all the time after only having it for a few days. I love writing notes with it as well as photo editing (I'm a photographer). The apps that are optimized for it have zero lag time, and it's as close to writing on paper as you're gone get, and that's because you're writing on glass. Nothing can change that....
My advice is buy a case for it. After trying a few, I liked the Moko. Has space for Pencil and the extra nib and lightning adapter, as well as another pen if you like.
Read more
1,722 people found this helpful
Helpful
Comment Report abuse

dita531
1.0 out of 5 stars Fire hazzard
Reviewed in the United States on December 7, 2016
Loved it! Then it went on fire. Last week I came home to find my Apple Pencil on fire while it was charging. Good thing i came home when I did. Notice the scorch marks on the table. Initially Apple was very responsive and promised to overnight me a new one. That was a week ago and not only did the new Pencil never arrive but they have stopped responding to my emails.
Read more

JJCEO
#1 HALL OF FAMETOP 500 REVIEWER
4.0 out of 5 stars An excellent product for creativity and control but with some simple flaws in its usability!
Reviewed in the United States on December 10, 2015
This is an excellent input device for the Apple iPad Pro. It is not perfect in some ways but it is very good at drawing, writing and touch control of the tablet. Here are the pros and cons as I have seen them since my use of the pencil:

Pros:
• Excellent for drawing or writing
• Excellent for reworking photos and doing graphic arts
• When used as a touch control it is very precise when using the tip. I even like using it to read with and highlighting text in a book.
• It comes with a spare tip that can be replaced.
• It comes with a lightning adapter that lets you use a lighting cable to charge the pencil.
• It charges quickly
• You can vary the pressure or the slope of the pencil tip to adjust the darkness or the width of a stoke of a bush while coloring a drawing for example.
• You can see the charge level of the pencil by pulling down on the daily window shade at the top of the screen and touching widgets. The charge level of your iPad and the pencil will be displayed.

Cons:
• There is no way to attach the pencil to the iPad Pro or to the Apple Smart Keyboard. A simple magnet or other mounting technique would have been greatly appreciated.
• The cap covering the Lightning plug on the pencil is in no way attached to the pencil which makes it very easy to lose since you have to frequently remove the cap to charge the pencil. The cap does have a small built in magnet so that when it is installed on the pencil it remains in place, but once removed to charge the pencil its lifetime is limited to human error of losing it.
• The charging connector supplied for the pencil is vey small and it also has no method of connecting it to a key ring or any other object. It is the size of a small medical pill and potentially easily lost.
• The pencil does not even have a pocket clip on it like an inexpensive pen or a mechanical pencil. For $99 don't you think that would have been a nice touch?
• Plugging the pencil into the side of the iPad Pro to charge it just seems like an accident waiting to happen. I wonder how many people will either break the pencil or their iPad Pro charging port while doing this?

Overall I would still purchase the pencil as it is a creative tool that is unmatched so far by other techniques to draw, color, paint or work on a tablet. You can draw lines so thin and small they are barely visible to painting with a brush with hundreds of painting special effects. The sensitivity of the screen to the touch of the pencil is amazing and it allows very precise control of your apps and artwork. The pencil connects to your iPad using Bluetooth and when you plug the pencil into your tablet's lightning port it ask you to pair it which occurs instantly.

It is a 5 star tool for use with your iPad Pro but it will not work with your iPhones or other iPads. The cons in my humble opinion drops it to a 4 star item. Ease of use includes carrying the pencil and storing it and Apple has really missed the boat in that regard.

Please be aware that the pencil is available for $99 from Apple so don't pay a premium price over that for the device. Mine came from Apple and I ordered it the day I ordered my iPad Pro. I had to wait 4 weeks to get it which frustrated me with Apple’s launch of the product without having the accessories available. I have added a drawing that I created using an app named Procreate.
Read more

sudipto paladhi
5.0 out of 5 stars Five Stars
Reviewed in India on May 26, 2018
Verified Purchase
Great device. Go for it if your ipad supports. Best for artists who seeks to buy very costly Wacom tablet. I already draw some freehand sketchs with it. Here's a sample:.
Read more

Teri
1.0 out of 5 stars This is a fake pencil see photos
Reviewed in the United Kingdom on January 15, 2020
Verified Purchase
Dont buy this it's a fake! It came in a real apple box but did not have a lightening cable or a male connector to link to ipad. It has a button on top it's not supposed to have. As well as an extra button it's not supposed to have. It does not have the apple logo around the silver ring.
Read more