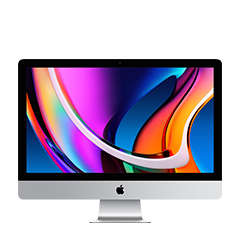 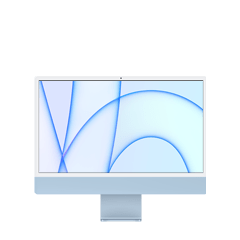 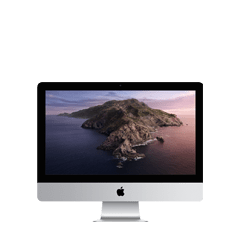 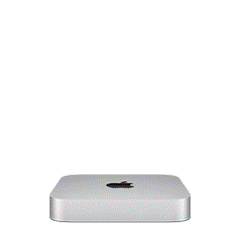 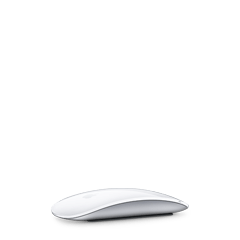 Visit the Apple Store
4.5 out of 5 stars 170 ratings
| 173 answered questions
Currently unavailable.
We don't know when or if this item will be back in stock.

4.5 out of 5 stars
4.5 out of 5
170 global ratings
How are ratings calculated?
To calculate the overall star rating and percentage breakdown by star, we don’t use a simple average. Instead, our system considers things like how recent a review is and if the reviewer bought the item on Amazon. It also analyzes reviews to verify trustworthiness.

Jay Repok
1.0 out of 5 stars BAD EXPERIENCE WITH A BAD APPLE
Reviewed in the United States on February 8, 2019
Verified Purchase
I purchased my Apple 27 inch iMac on Amazon and it was delivered to me on November 23, 2018. Almost immediately, I began having problems with the Bluetooth mouse and keyboard freezing up, both randomly and after the computer woke from sleep mode. With both accessories frozen I could do nothing but turn the iMac off with the power button. After restarting the computer the mouse & keyboard would be OK until they froze again. This would happen several time a day. I contacted Apple Care on November 29th and they told me the problem was probably due to having a wireless phone nearby. I moved the phone to another room. The problems continued and I kept contacting Apple Care and was instructed to try different “fixes”, make changes to System Preferences, update my High Sierra Software. The advisors kept telling me that I should upgrade my OS from High Sierra to Mojave and the problem should be fixed. I questioned why Apple would ship my computer with Bluetooth devices that were compatible with the OS (High Sierra) on the computer. Finally, I partitioned my hard drive and installed OS Mojave and still had the problems! Again I went back and forth with the Apple Techs trying this “solution” and that “solution” and my mouse and keyboard still kept freezing up! Then they asked me to keep a log of when the problems occurred so that I could run their Capture Data app for the software engineers to review. They said that this would allow them to determine if the problem was with the software or hardware. I did this twice and the problem still happened. Then, they told me that the problem was probably with third party software that I had installed. They then instructed me to erase the partition that the Mohave OS was on and do a clean install. I did so and the mouse did not freeze. However, the keyboard would not allow me to type! I could not use email apps, Calendar, Contacts, Parental Controls, Security Settings, Date and Time or Startup Disk. When I would attempt to make any changes in the System Preferences apps, I could not unlock the apps because I could not type in my password to unlock the apps!!!

I had been working with Apple techs on these problems steadily for over two months and have expended dozens of hours on the phone and doing update, upgrades, erasing disks, reinstalling the OS and trying every solution imaginable, with no improvement! Finally, I asked that Apple admit that they had sent me a defective computer and to send me a new one. I was told that Apple wouldn’t do that because it’s not their policy and they couldn’t be sure that I would return my defective computer to them! (Why on earth would I ever want to keep a computer that doesn’t work properly???) I was told that I would have to take my computer to an Apple Store (2 hours drive each way) and would most likely have to leave it so they could determine if there was a hardware problem. Then, of course, I’d have to return to the Apple Store to pick it up (another 4 hour round trip)--if they found the problem! The reason I purchased my iMac online was that I didn’t want to be bothered driving a 4 hour round trip to the Apple Store! Of course, if I didn’t want my personal files left on my computer so that somebody at the Apple Store could pick through them, I would have to delete my hard drive and wipe it (more hours expended)!!!

Talk about having “Bad Apple”!!! I just can’t fathom why Apple won’t admit that they shipped me a defective computer and send me a new computer. (I had a problem with an HP printer: They shipped me a new one and I sent the old one back. No problem!)

What really angers me, is that while working with the Apple techs (thinking that they would give me a solution for my computer problems) the window to return my iMac to Amazon expired! Why did I ever put my trust in Apple Care to solve the problems?

I decided to call Amazon about my defective computer to see if anything could be done. With absolutely no hesitation, I was told that Amazon would take my defective iMac back and refund me my money. Now, that’s super customer service! Apple should take note!!!
Read more
91 people found this helpful
Helpful
Report abuse

Steven C.
5.0 out of 5 stars iMac is wonderful and definitely has a 2TB Hard drive
Reviewed in the United States on February 21, 2018
Verified Purchase
Let me end the confusion. I was worried about this iMac arriving with a 1TB hard drive because the description is so wishy-washy. This item is sold and shipped by Amazon, and qualified for Prime yet no one in AMAZON customer service could tell me if it was a 2TB or a 1TB (1,000GB) and outlined in the "This Product" column a little more than halfway down the page.

I'm happy to announce that I have received the iMac and it was in top shape, brand new and with a 2TB hard drive. I worried about the hard drive thing as all of my friends told me "Just buy it from Apple directly!". But I had a ton of accumulated gift cards and this was $100+ less than on Apple.com. This is indeed the 2017 version and definitely has a 2TB hard drive.

Hardy Sang
5.0 out of 5 stars My First Mac - and I don't think I'm going back to anything else
Reviewed in the United States on November 21, 2018
Verified Purchase
This iMac is crazy good. Love the display and the quality of the product. It's got more than ample amount of connections in the back. It's low maintenance and I've noticed 0 performance degradation with MANY, MANY apps running at the same time. This is a crazy good machine. it's a bit expensive, but I'm pretty sure that I will have this desktop performing at the same level for many, many years! The display itself has taken the strain off my eyes as I work a ton on computers and especially late at night. If you are worried about the price tag like I was, what I would say is that, you will have this desktop for many years with the same level of performance no matter what you put on this computer! So in that sense, you will recoup the high investment
Read more
17 people found this helpful
Helpful
Report abuse

Jasper Coffetty
5.0 out of 5 stars Great Machine, Skimpy RAM.
Reviewed in the United States on June 7, 2018
Verified Purchase
Great balance of power and value. Typical Apple product in that it’s easy to set up and use. My only quibble is the paltry standard RAM outfit. If you want to do any serious work with this, you need to upgrade right out of the box. Fortunately, it’s an easy 5 minute job, and cheap aftermarket RAM abounds on Amazon and elsewhere.
Read more
22 people found this helpful
Helpful
Report abuse

Green Dale
5.0 out of 5 stars Very pleased
Reviewed in the United States on May 3, 2018
Verified Purchase
Worked perfect right out of the box. Love it. UPS treated it with a lot of TLC not a mark or ding on the box. Arrived earlier than projected in 3 days. Just added more ram should have bought the ram at the time of purchase since those prices have only increased.
Read more
14 people found this helpful
Helpful
Report abuse
See all reviews
Back to top
Get to Know Us
Make Money with Us
Amazon Payment Products
Let Us Help You
EnglishChoose a language for shopping. United StatesChoose a country/region for shopping.
© 1996-2021, Amazon.com, Inc. or its affiliates