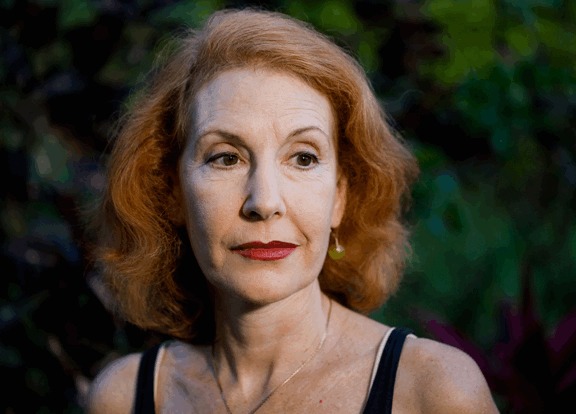 “[A] spicy and saucy hybrid of memoir and novel . . . Feminists and fans of Nin's work will enjoy this unique insider's portrait of a complex, pivotal figure in women's liberation.” —Kirkus

“Rainer blends memoir and imagination in this engaging examination of her relationship with author Anaïs Nin . . . a fascinating personal journey.” —Publisher's Weekly

“There are fateful decisions which mark one for life. Young Tristine Rainer’s first encounter with charismatic, enigmatic Anaïs Nin unfolds into a decades-long apprenticeship suspenseful as a thriller. The advantages and perils of a mentor/apprentice relationship with such a seductive, brilliant and dangerous mentor is absolutely spellbinding. Revelations, especially toward the end of the book, changed my understanding of the Nin story” —Janet Fitch, New York Times bestselling author of White Oleander

“This is one of those delicious memoirs one can’t stop reading . . . Tristine Rainer takes us into the hot pulsing heart of Nin’s world . . . an alluring as well as compulsively readable story.” —Jay Parini, author of Empire of Self: A Life of Gore Vidal

“The action-packed adventures of the larger-than-life Anaïs Nin and her young friend Tristine are vivid and glorious, but what broke my heart wide open were the haunting meditations on passion and devotion and the secrets that bond and bind us. A brave and beautiful work.” —Kathleen Adams, author of Journal to the Self

“Stunning, intoxicating, original. Apprenticed to Venus is nothing short of phenomenal, and we owe Tristine as much for her craftsmanship as we do Anaïs for flipping infidelity on its chauvinist head!” —Chip Jacobs, author of Strange As It Seems: The Impossible Life of Gordon Zahler

“A fascinating introduction to an extraordinary woman who raised lying to an art form, but whose essential honesty transcends the falsehoods. A book that will challenge and enthrall.” —Joanna Hodgkin, author of Amateurs in Eden: The Story of a Bohemian Marriage: Nancy and Lawrence Durrell

“An unforgettable, intimate narrative that brilliantly captures one of the most fascinating personalities of the twentieth century.” —Crystal King, author of Feast of Sorrow

"A perceptive and revolutionary work." - Anaïs Nin on The New Diary

"Perceptive and readable from start to finish." - Publisher's Weekly on The New Diary

"A book both practical and inspiring. Rainer knows how to shape autobiography into art, and she shares this knowledge with clarity, enthusiasm, and a knack for choosing writers' words that best illustrate her point." — Bernard Cooper, personal essayist and memoirist, author of Maps to Anywhere on Rainer's Your Life As a Story

Tristine Rainer is a recognized expert on diary and memoir writing and the author of two renowned classics on autobiographic writing continuously in print: The New Diary (with a preface by Anaïs Nin) and Your Life as Story. In addition to co-founding the UCLA Women’s Studies program and later writing and producing award-winning movies for television, Rainer taught memoir and creative nonfiction for eleven years in the USC Masters of Professional Writing Program, and is director of the nonprofit Center for Autobiographic Studies. She resides in California.
Start reading on your Kindle in under a minute.

4.3 out of 5 stars
4.3 out of 5
21 customer ratings
How does Amazon calculate star ratings?
Amazon calculates a product’s star ratings based on a machine learned model instead of a raw data average. The model takes into account factors including the age of a rating, whether the ratings are from verified purchasers, and factors that establish reviewer trustworthiness.
Top reviews

rifleman
5.0 out of 5 stars quality item as described, cheap and quick
Reviewed in the United States on June 16, 2019
Verified Purchase
a youtube video introduced me to this author revealing a woman of charm, erudition and a forty year background with AN...as a diarist herself and scholar of the form, her personal relationship since the age of 18 with the much older AN all make for a compelling story...the blurbs are many and unanimous and i can't wait to read nearly 400 pages of her insights and ruminations on one of the most fascinating women of the 20th C....they seem a perfect pair made for each other and we are the lucky beneficiaries....
Read more
One person found this helpful
Helpful
Comment Report abuse

Linda Barnes, MS, past president of The International Federation for Biblio&#47;Poetry Therapy
5.0 out of 5 stars Manipulation and Oppression are not Amusing
Reviewed in the United States on July 27, 2017
Verified Purchase
It was with the publication of her personal Diary (1966-1976) that novelist Anaïs Nin became a literary icon and muse to a generation of women. Although I met Nin only once, like countless others I devoured her diaries and envied her sensuous, artistic, exuberant life.
Now, writer Tristine Rainer, confidant to Nin since meeting when Rainer was just 18, has finally revealed the true story behind Nin’s mythical status. In her recent book, Apprenticed to Venus: My Secret Life with Anaïs Nin, Rainer has created a new literary genre: the novoir, “a memoir with true characters and actual dialogue, but with the structure and stylistic elements of a novel.”
To read Venus is to become immersed in a past so recent yet so charged with the remnants of feminine repression, that those who lived through the last decades will nod in identification, while the current generation of younger feminists will be deeply informed.
Rainer propels the reader along the suspenseful unraveling of the Nin myth to ultimately conclude “that Anaïs, a deeply flawed person — a narcissist, a bigamist, a liar, and a deviant — was [also] so lovable. The wonder was that from such a defective source shone so much light.”
That brilliance shines not only from this spellbinding telling, but burns brightly from Rainer herself. While revealing the complex truth behind the Nin’s many masks, she lays bare her own coming of age as a woman and writer — the apprentice who has surpassed her mentor as a role model for a new generation.
I finished this book with a sorrow for Nin's contortions and anger at the way she manipulated Rainer, but it is clear that in the writing of this book, the author has transcended the tumultuous emotions engendered by this relationship -- a testimony to the healing power of telling one's story.
Read more
9 people found this helpful
Helpful
Comment Report abuse

jmd
2.0 out of 5 stars Fact or Fiction
Reviewed in the United States on July 22, 2020
Verified Purchase
I can't decide how much of this book is fiction and how much fact. Or maybe, faction? I wanted to find out more about Anais Nin and wasn't interested in the chapters in which the author interjected the spicy bits of her personal sexual life, in imitation of Anais' diaries.
Read more
Helpful
Comment Report abuse

James Cass Rogers
5.0 out of 5 stars A Fascinating, Engaging Read
Reviewed in the United States on August 29, 2017
Verified Purchase
Tristine Rainer’s Apprenticed to Venus is a literary tour de force, an inspired hybrid of novel and memoir, as spellbinding as a Patricia Highsmith thriller and as revelatory as only an intimate insider could provide. Using her own and Anais Nin’s diaries, Rainer intertwines both of their lives over a seventeen-year period, tracing her own growing maturity under the apprenticeship of her alluring mentor as well as Nin’s rising literary reputation. The path of their relationship is often challenging for Rainer as more and more secrets of Nin’s personal life are revealed. Rainer explores with telling strokes the price of such an apprentice/mentor relationship and how it grew into a loving sisterhood of equals.
A vivid, colorful supporting cast of characters, including Henry Miller, Renate Druks, James Herlihy and Christopher Isherwood, are deftly drawn as Rainer pitches in to help Nin become an early feminist icon. The themes and topics discussed in this book are thought-provokingly profound, truth and illusion, love and lust, deception and allegiance, trust and forgiveness. Rainer’s account of Nin’s final months is emotionally moving and I felt uplifted by Rainer’s own spiritual rebirth after her mentor’s death. I could not recommend this book more highly, a fascinating, engaging read, both historical and deeply personal. Mega Five Stars
Read more
4 people found this helpful
Helpful
Comment Report abuse

Gwen Kenneally
5.0 out of 5 stars Awesome read!
Reviewed in the United States on September 5, 2017
Verified Purchase
I love this book! I could not put it down!
Read more
4 people found this helpful
Helpful
Comment Report abuse

Pat McNees
4.0 out of 5 stars With friends like these, who needs....
Reviewed in the United States on February 19, 2018
Verified Purchase
Although this was a compelling story, it also seems to me a complete betrayal of a friend and mentor. I found the "character" of Tristine Rainer as duplicitous in her way as Anais Nin was, taking advantage of a long-time sort-of-close relationship to write what felt to me more like an exposé than an intimate portrait, with many little twists of the knife in the back. I also don't like it that something this much like an exposé was partly fiction. How do we know what bits are true and what bits made up?
Read more
5 people found this helpful
Helpful
Comment Report abuse

Dean Thornton
3.0 out of 5 stars This hardback edition looks good.
Reviewed in the United Kingdom on May 1, 2020
Verified Purchase
My book arrived today, and I'm pleased with it. Good. Thanks.
Read more
Helpful
Sending feedback...
Thank you for your feedback.
Sorry, we failed to record your vote. Please try again
Report abuse

Ashlyn
5.0 out of 5 stars Anais
Reviewed in the United Kingdom on April 26, 2018
Verified Purchase
Thanks Tristine for that riveting story of Anaïs Nin and her extraordinary life. She has always intreaged me as well as her writing.
Read more
Helpful
Sending feedback...
Thank you for your feedback.
Sorry, we failed to record your vote. Please try again
Report abuse