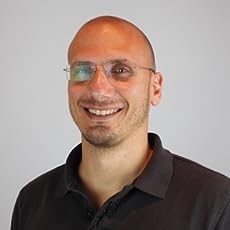 Ara has been working on the Web since 1997. He's been a freelancer, the webmaster at Festival Just For Laughs, a front-end web developer and practice lead at Nurun, a Front-End Engineer on the Mail team at Yahoo! and most recently, a Front-End Engineer on the Cloud Services team at HP. Ara's experience comes from having worked on every aspect of web development throughout his career, but he's now following his passion for web standards-based front-end development. When he isn't speaking and writing about best practices or coding professionally, he's maintaining his personal site at http://arapehlivanian.com/.
Read more 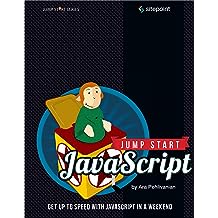 Get a Jump Start on JavaScript today!

JavaScript is a key technology in modern web development, enabling you to craft interactive, usable and engaging experiences for your users.

In just one weekend with this SitePoint book, you'll learn how to:

Plus you'll discover how to use modern techniques such as Canvas and Ajax. 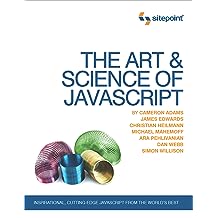 We've assembled seven of the greatest minds in modern JavaScript to teach you the most inspirational techniques you'll ever use. From creating impressive mashups and stunning, dynamic graphics, to more subtle user-experience enhancements, you're about to be amazed by the true potential of this powerful language.

With an all star line-up of authors including James Edwards, Michael Mahemoff, Ara Pehlivanian, Cameron Adams, Dan Webb, Christian Heilmann, and Simon Willison, this superb book will show you how to: