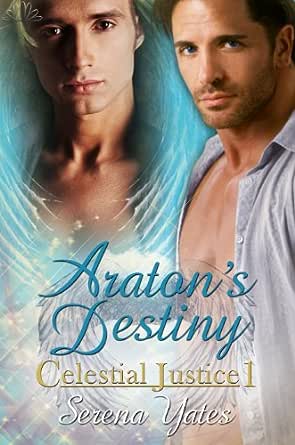 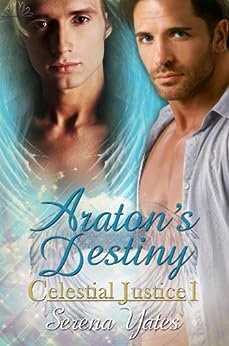 3.3 out of 5 stars
3.3 out of 5
8 global ratings
How are ratings calculated?
To calculate the overall star rating and percentage breakdown by star, we don’t use a simple average. Instead, our system considers things like how recent a review is and if the reviewer bought the item on Amazon. It also analyzes reviews to verify trustworthiness.
Top reviews

Beck
3.0 out of 5 stars Sweet Christmas tale
Reviewed in the United States on August 18, 2012
Verified Purchase
This was a little bit of Christmas magic wrapped up in bromance. It wasn't too bad but there were some consistency issues which spoiled it for me.

Araton had been a guardian angel for years...keeping a close eye on his human...yet he didn't know what a toaster was. I could cope with that until he suddenly 'knew' how to use a coffee machine, a condom & other sundries. If he had learned through observation of his previous human, it would have hung together much better.

It was a quick, sweet read but I don't think I would read it again.

Mil
4.0 out of 5 stars Sweet story
Reviewed in the United States on July 21, 2017
Verified Purchase
I was charmed by this sweet, short Christmas romance. A happily ever after story that reminds us of the true meaning of Christmas. The joy of being with those you love, giving, putting others first, miracles and sacrifice.
Read more
Helpful
Comment Report abuse

Kindle Customer
4.0 out of 5 stars Heavenly sweet
Reviewed in the United States on July 30, 2013
Verified Purchase
Araton's innocence and purity is the lore of his character. His child like enthusiasm and his need for touch and love is really infectious. The story was basic and predictable but it the characters that keep you enthralled. Jake is a strong man that lost his dreams but with Araton life becomes worth living again and this time it with more exuberance than ever. Araton's sparkle and light inside him is contagious.
Read more
Helpful
Comment Report abuse

Kevin M. Orth
5.0 out of 5 stars M/M Romance, Angel Fiction, and Fantasy All Rolled into One
Reviewed in the United States on July 23, 2011
Verified Purchase
As a huge fan of m/m romance, angel fiction, and fantasy I loved this book. The characters are well formed, the story is engaging from beginning to end. It is a great read, highly recommend.
Read more
One person found this helpful
Helpful
Comment Report abuse

Charly T. Anchor
3.0 out of 5 stars Mushy and all about the sex, which didn't quite work for me
Reviewed in the United States on June 20, 2012
Warning: This review might contain what some people consider SPOILERS.

PROS:
- Some of the specifics about angels are fun: their physical forms, their emotions, the way their lives work, etc. I was also amused by the distinctions made between different types of celestial beings.
- Araton is incredibly naïve, never having experienced sexual contact of any sort before meeting Jake, and the author manages to portray Jake in a similar way despite the fact that he's had a bit more experience than Araton has. The sweet and tentative nature of the physical scenes almost made me feel as though the characters were two teenagers rather than grown men.
- The story's a quick read, and probably almost half of it consists of lovingly described sex scenes. They're detailed and drawn-out, and Yates seems to have a gift for writing about what her characters do in the bedroom. (see cons below also)

CONS:
- The whole story felt rushed to me. Descriptions of the setting, relation of key scenes (for example, Araton's first experiences with sleep and food and physical touch), and even conversations would have had more of an impact on me if they'd been slowed down just a bit and expanded upon.
- The men have sex when they're still strangers, which means there's very little buildup. As a result, the sex had zero impact on me.
- The story is rather spectacularly mushy at times. Araton gets Jake a nothing-special-about-it, football-shaped clock for Christmas, and Jake's response is, "It's absolutely stunning!"...and Jake is calling Araton "baby" within 24 hours of having met him. Now, I'm one of those people who actually believes that love at first sight (or at least, within a few hours) is possible, but I wasn't convinced that it happened here. Maybe with more detail I could have been.

Overall comments: The sex is well written and fairly expansive, so if you're looking for a short story with a healthy dose of erotica, you might try this one. I like to read sex scenes that are between people who have more of an emotional connection than these two guys, though, so overall I didn't love this one. The sex is the story's biggest selling point, and the sex didn't do it for me.
Read more
One person found this helpful
Helpful
Comment Report abuse

Amazon Customer
5.0 out of 5 stars Araton's Destiny
Reviewed in the United States on January 23, 2011
Standing in any courtroom waiting to face justice would be intimidating enough, but standing in front of the judicial panel for celestial-human affairs in Heaven, would be unimaginably frightening, especially when the actions placing you there weren't deliberate. At the beginning of 'Araton's Destiny', by Serena Yates, that's exactly where Junior Guardian Angel Araton finds himself.

One of the things that I loved most was the interaction between Araton and Jake. Araton was so naive, yet so responsive, trusting that Jake only had his best interests at heart. I wasn't expecting the sex between them to be so toe curling sex, but it was a very enjoyable surprise, definitely scorchingly red-hot! I was gratified to see that Jake took such care to make sure Anton was at ease. Watching their passionate, yet gentle relationship blossom was wonderful. I really liked Anton's gradual transformation both physically and emotionally. I admired the way they accepted the changes going on around them and took it in such stride. Araton may have been sent to Jake as a Christmas Angel in order to help him find a Christmas miracle; however, Anton was his Christmas miracle just as Jake was Araton's.

'Anton's Destiny' is an enjoyable, sweet Christmas story with passionate, wonderfully written love scenes and a great happy ending. It's a marvelous tale about justice, passion and setting things right. It made me feel all warm and fuzzy inside and out and if you are a romantic like me, it will have the same effect on you.
Read more
One person found this helpful
Helpful
Comment Report abuse

Andrew Grey
5.0 out of 5 stars Attention Capturing
Reviewed in the United States on April 6, 2011
I really enjoyed this story. It captured my attention right away and held it a single reading. The characters were full, rich, and likable. The thing I enjoyed most was the way the author described the more fantasy like elements, giving just enough detial to make it rich without overwhelming the reader.
Read more
One person found this helpful
Helpful
Comment Report abuse
See all reviews