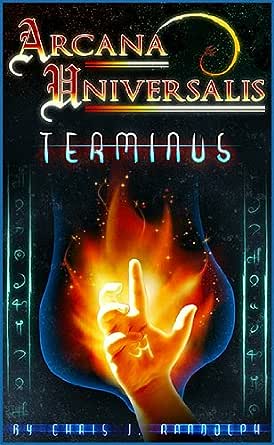 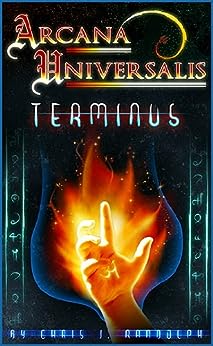 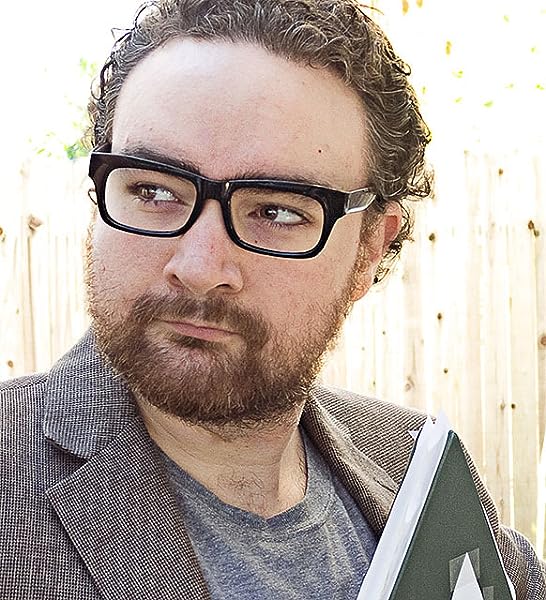 Originally fabricated in Silicon Valley before being shipped to Rocklin, CA. Now plugged into a general purpose terminal, burning clock-cycles on text and image manipulation.

Looking to reinvent how independent authors share their work, and broaden the marketplace by helping new readers find it.

We can turn the world into readers.

3.9 out of 5 stars
3.9 out of 5
18 customer ratings
How does Amazon calculate star ratings?
Amazon calculates a product’s star ratings based on a machine learned model instead of a raw data average. The model takes into account factors including the age of a rating, whether the ratings are from verified purchasers, and factors that establish reviewer trustworthiness.
Top Reviews

Keri
4.0 out of 5 stars Excellent start of a story, unique worldbuilding & evocative writing style
Reviewed in the United States on January 25, 2014
Verified Purchase
As other reviews note, this is the start of a series, so it reads like the beginning of a novel. The author notes he's experimenting with a model inspired by sci-fi serials of the 50s and 60s which were published in magazines and then compiled & published as a novel when finished.

Two things I really like about this: The worldbuilding was unique and very interesting. Though it is sci-fi, it reads like fantasy. The characters wear jerkins and cast magic, but fly around spaceships and explore other planets. The other aspect I loved was the writing style. The author's way with description is very evocative. The way he describes mundane things like a murmuring crowd just makes you feel like you're right there in the audience. And I love how he describes how it feels to cast magic.

My gripe with the book was a lack of female characters. There was a mention of a female love interest back home, and another minor female character is introduced who seems like she will play a role later in the story. The whole ship is populated by men; I assume that's because it seems to be a military ship, but I still found it disappointing. Even in all-military organizations throughout real history, there have always been women there: camp-followers, nurses, women who enlisted while disguised as men, or even women who fought in battle "despite" their gender. Since the lack of females characters is a problem plaguing a lot of sci-fi and fantasy, I wish the author had made more of an effort to be inclusive.

Other than that, I recommend this story and look forward to the rest.

Timothy May
4.0 out of 5 stars good start, left me wanting more
Reviewed in the United States on February 19, 2012
Verified Purchase
First of all, you should know that whe you buy this novella, what you're really getting is the first few chapters of a book, with later chapters to be released at a later time. The author doesn't hide this fact, but some folks might miss it anyway. That said, this is a very interesting start to a novel. The world reminds me a little of the world in Jim Butcher's "Codex Alera" series, where people use magic instead of advanced technology to achive modern living. The main difference(at least so far) is that in this world, magic has been taken to a much higher level, to the point of using magic to power starships, transporters, and other ususally high-tech devices. The effect is something like a traditional fantasy world crossed with space opera, and it's pretty interesting. To give an example, at one point the main character is summoned to the audience chamber on his starship, only to travel through hallways lit by torches hung on the walls! Anyway, if you don't mind a short read with an as yet unresolved ending, pick this up, you'll be gald you did.
Read more
4 people found this helpful
Helpful
Comment Report abuse

Patricia Kenworthy
4.0 out of 5 stars Unique!
Reviewed in the United States on November 5, 2013
Verified Purchase
This is certainly a unique reality the author is building, here! People traveling on sophisticated spaceships who live in huts and use oil lanterns and practice various forms of magic - Oh My!

And after an "away mission" goes bad we discover that a necromancer reanimates folks and they continue to serve in different capacities! Well! I'm intrigued with where the author is going with all this!

I read the second installment of this novel in progress and am still intrigued. I hope he continues and brings this story to fruition.
Read more
Helpful
Comment Report abuse

V. Szupiany
5.0 out of 5 stars Great read, flows well, interesting genre cross-over.
Reviewed in the United States on August 3, 2012
Verified Purchase
I got this book for free through Amazon, but had I known how good it would be, I would have gladly paid the $1 for it. I just bought the 2nd book in this series, even though I could read it for free through Amazon Prime. I feel the author definitely told a story worth my hard earned $1. I won't offer any spoilers, and leave it to the product description to tell you what it's about. Easy to say that I couldn't put the story down after the first 5 or so pages. I can't wait to read the rest of the novella's in this series.
Read more
Helpful
Comment Report abuse

JamieoftheNorth
5.0 out of 5 stars Great Quick Read
Reviewed in the United States on October 28, 2011
Verified Purchase
After reading "Stars Rain Down" a few months ago, I was curious to check out the author's other work since I enjoyed that book so much. I wasn't disappointed. I really like Randolph's writing style. He paints detailed pictures with his words and the setting of "Arcana Universalis: Terminus" is very imaginative, combining magic and space. The storyline and characters were great and it's a fun, quick read; I finished it in three days, where I didn't have much free time. Looking forward to the next installment.
Read more
One person found this helpful
Helpful
Comment Report abuse

I. Smith
4.0 out of 5 stars Wow!
Reviewed in the United States on April 5, 2016
Verified Purchase
I didn't expect much out of this short episode and an author I've never heard of... But I want more. The stage is set very well and I'm intrigued. Well done Mr. Randolf.
Read more
Helpful
Comment Report abuse

R. Reid
2.0 out of 5 stars Should be labled as part of a book to come
Reviewed in the United States on November 5, 2013
Verified Purchase
Not happy with this, first it is not a complete work, but something that equates to the beginning chapter of a larger piece to come, but as far as I know may never be finished. The premise was interesting and the writing well done but I wanted the whole thing not a teaser!
Read more
Helpful
Comment Report abuse

jbshorses
3.0 out of 5 stars Arcana Universalis Review
Reviewed in the United States on November 5, 2013
Verified Purchase
An interesting story it seems but it's hard to tell as it is an attempt to introduce the primary characters of a much larger book. Thus the three stars. If you don't mind this, read away.
Read more
Helpful
Comment Report abuse
See all reviews from the United States