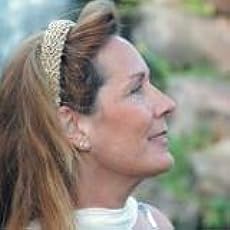 Ariane Page (pen name) was born in Montreal, Quebec, Canada. She worked in communications as an assistant director for Radio Canada Montreal (CBC TV) for television programs which further developed her interest in health, man-woman relationships as well as in environmental issues.

Moving to Paris, she became a hygienist-naturopath, a counselor in prenatal education, a lecturer on "the feminine" and "the masculine" archetypes, and studied Education Science at Nanterre University. Back to Canada she studied the model of nature used in Traditional Chinese Medicine for close to twenty-five years. Finding its frame hidden in the human brain and religious Traditions , she developed the non-medical aspects of it into the LIFE approach and pansystemology. At the same time, she followed her interests in Jungian psychology, religious traditions, art, systems science, and brain research. She is a member of the ISSS (International Society for the Systems Science) and of BPS (British Psychological Society). She pursues a Master in Psychology.

" I work with a new interpretation of the Taoist system whose medical application I observed for thirty years. I studied for three years an abundance of research on the brain to see if the results of these and this interpretation of the system agree. This model, the code of nature, enriched with observations on the brain and notions of psychological and physiological human development, I nicknamed "LIFE", an English acronym for "laws inherent to the five (five) elements". It offers a different perspective on human development and evolution and thus allows a better understanding of his psyche. This was the subject of my two previous books. The first one, Isis Code, now divided into two volumes, focuses on the biopsychosocial system of LIFE through research on the brain in harmony with the Taoist system. The second uses my personal story as an example. The present, in French, emphasizes and continues the Jungian approach of the psyche and incorporates it into a global study of this natural system; it is based on Isis Code, although it can be understood by itself. Its primary goal is to allow a new perspective on man and woman by correcting our stereotypes at the source thanks to this universal model. The change in perception this allows will bring, I hope, inspiration and liberation to both men and women. This is a necessary step to make in order to express our human potential." (Ariane Page, Homme...Femme...Un Nouveau Regard)

For lectures and media coverage, you can reach the author at: book@ arianepage.info.
Read more 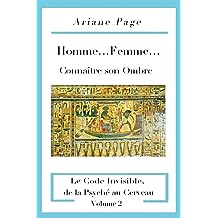 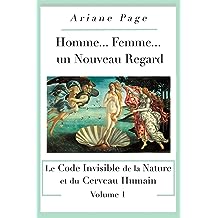 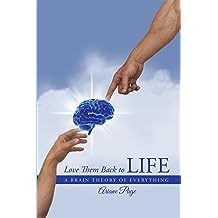 Love Them Back to Life: A Brain Theory of Everything Oct 9, 2014
by Ariane Page
( 8 )
$9.99
As the oak tree is summarized in the acorn, so nature is summarized in the human brain. They express a model. Looking at this small acorn though, no one can foresee the majestic oak tree it might become. Of course, with only its genetic code it will not develop. In the same way, humans are called to become what our ancestors and even we cannot foresee. But in order to develop all our potentialities some conditions must be met. We surround this acorn with nutrients, water, earth, and light, allowing it to be part of a living whole. For humans, this living whole is nature and society. Alas, at this time both have become deficient. The model is not allowed to freely unfold.

This model was intuitively grasped by all great traditions. It led psychoanalyst Carl Gustav Jung to find in Taoism principles so vast that they can be applied to the entire humanity. With the rise of modern science though, this vision vanished. However, brain research results agree with the model so science is now on the brink of rediscovering it.

In Love them back to Life, her second book, Ariane Page takes us on a discovery journey through this model expressed by the human brain as she focuses on love. Love is the tool used by this model, the LIFE (Law Inherent to the Five Elements), to eventually lead us to coherence between our physical, emotional, mental, social, and spiritual realities. In that holism, we will truly feel alive, happy, and loved.