You've subscribed to Season of Brides! We will preorder your items within 24 hours of when they become available. When new books are released, we'll charge your default payment method for the lowest price available during the pre-order period.
Update your device or payment method, cancel individual pre-orders or your subscription at
Your Memberships & Subscriptions
There was an error. We were unable to process your subscription due to an error. Please refresh and try again. 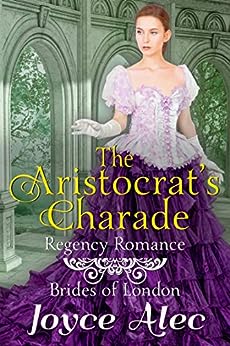 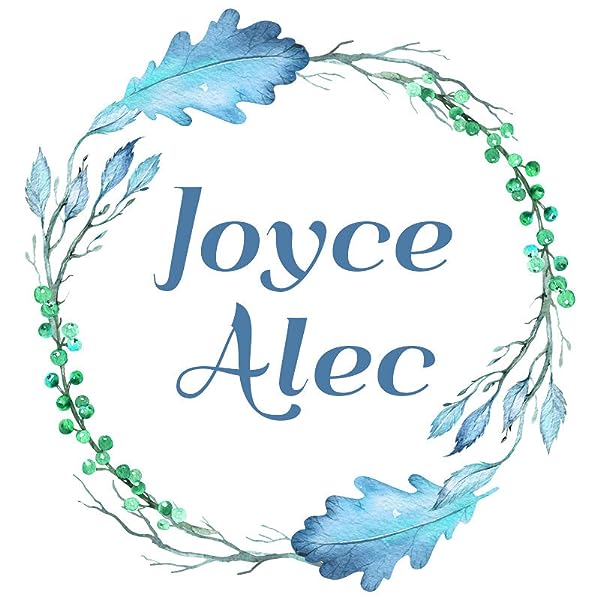 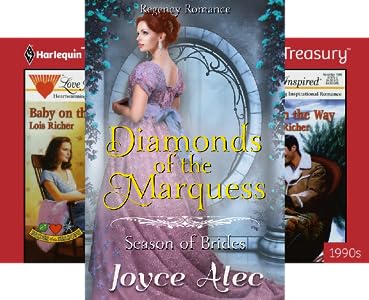 Emily Pennington
TOP 500 REVIEWER
5.0 out of 5 stars Love and Mystery
Reviewed in the United States on June 28, 2019
Verified Purchase
I really love this romance with a touch of intrigue and mystery! A clever touch! Miss Ophelia Grey is pleased that Lord Peter Marchmont, believing she is not the right match for him, decides their courtship should go no further. It is actually a relief to her! Yet she is surprised when he comes back in a couple of days to beg her for another chance! That makes no sense at all!

When Peter found a note which stated that he had to court Miss Grey or his brother, Edward, would be ruined, Peter realizes he has no choice but to go back to her and convince her that they need to try again. Fortunately, he does tell her the truth of the situation and they work together to protect Edward’s reputation while they find out who sent the note and why.

Ophelia and Peter work well together and as mutual respect and affection start to be realized, perhaps they won’t want to walk away the second time.

I thoroughly enjoyed the book and found it fun and intriguing. Ophelia was a strong character that was easy to respect. I think both she and Peter learned some valuable lessons about each other that will give them a firm foundation if they choose to give love a chance. I highly recommend this one!
Read more
2 people found this helpful
Helpful
Report abuse

Gayle Fairless
5.0 out of 5 stars First impressions can be wrong if superficial
Reviewed in the United States on July 9, 2019
Verified Purchase
clean romance; Ophelia Grey and Viscount Peter Marchmont are inclined to walk away from each other because their interaction was too brief. The manners of the era could be a barrier to good interaction. But Peter is kidnapped and awakens with a note and his brother's ring in a wooden box. The box threatens his brother Edward's life if Peter does not court and marry Ophelia. Peter consults with Viscount Solomon Blackridge while Louisa Smallwood overhears and admonishes Peter to be open with Ophelia. After Peter discloses his reason to resume the courtship, Ophelia inspects Peter's head wound. Their cooperation draws Peter and Ophelia together with the enthusiastic encouragement from Ophelia's aunt. The mystery of the note is not solved until Peter and Ophelia have a viable relationship. No more review because I don't want to reveal the spoilers! It is a sweet uplifting romance!
Read more
2 people found this helpful
Helpful
Report abuse

bets29Top Contributor: Historical Fiction Books
5.0 out of 5 stars Become Friends First
Reviewed in the United States on July 19, 2019
Verified Purchase
How do you really know another when your personalities are so different and you do very little talking and getting to know one another - as the aristocrats so often did. This is a Clean Romance but with a mystery which makes it even more interesting. Well written and enjoyable reading.
Read more
One person found this helpful
Helpful
Report abuse

Kindle Customer
4.0 out of 5 stars Enjoyable read!
Reviewed in the United States on October 28, 2019
Verified Purchase
Enjoyable. Story! Ready fornext one! Like this series!
The characters were interesting and fun. These are the first books I've read by this author will try to read others.
Read more
Helpful
Report abuse

~*~reader of good stories
5.0 out of 5 stars Great story
Reviewed in the United States on July 17, 2019
Verified Purchase
This story involved a mystery and romance. I loved it. Two reluctant people join forces with their two friends to solve the problem at hand. Love happens along the way. This is a delightful story.
Read more
Helpful
Report abuse

Jamie Bee
TOP 50 REVIEWER
4.0 out of 5 stars An Unlikely Couple Embroiled in Mystery and Romance
Reviewed in the United States on June 28, 2019
This novel turns some Regency romance tropes on their proverbial ears. I love how in the prologue Ophelia, the heroine, was quite pleased when her noble suitor, Peter, broke off their courtship after only two weeks. She, too, believed they were ill-suited. So imagine her surprise when the next day, I think, he is back and requesting that they resume their courtship. He is actually quite adamant about it, but she resists until her aunt insists that she should give him a second chance after he spouts a flowery declaration. His attempts to woo her back (and her reaction to it) made me smile as it was quite humorous What Ophelia doesn't know, and Peter doesn't say for quite a while, is that her fickle suitor has received a threat against his brother unless he continues the courtship and even marries her. When he does reveal his reason, Ophelia understands and wants to help. As they try to unravel the mystery, will this become a real courtship?

Like some of this author's other works, I found the language in this one to be stilted at times; the attempt to sound “historical” yet realistic doesn't always work. There were some pretty big informational dumps at the start of the book, both on Ophelia's side as well as Peter’s. However, I found this intriguing plot to be just different enough from the common Regency ones that I could pass over these issues and still enjoy the twists and turns of the suspense plot (and the budding romance), as the couple eventually worked together to figure out who was threatening his brother. I ended up enjoying this book more than I imagined I would!

duelalias
4.0 out of 5 stars intriguing storyline
Reviewed in the United States on July 2, 2019
This is dramatic, suspenseful, romantic and intriguing. Lord Marchmont began courting Ophelia, but soon came to the decision that they wouldn't suit, so he ended it. He thought her too bold and opinionated. Ophelia wasn't really upset, because she thought that he was a bore. Then Marchmont gets kidnapped and threatened, he's to resume the courtship and then marry Ophelia or something bad will happen to his brother. While he's searching for his brother, he, Ophelia and two friends try to find the person responsible, before they have to marry. But something happens while they're spending time together that has them both confused. And the twist at the end was a huge shock that I didn't see coming.
I received a complimentary copy of this book from the author. This is my honest and voluntary opinion of it.
Read more
One person found this helpful
Helpful
Report abuse
See all reviews

Kindle Customer
4.0 out of 5 stars Can opposites attract?
Reviewed in Australia on July 3, 2019
Verified Purchase
This is a tale of mystery,; a lost brother, a renewed courtship, an intriguing wooden box, threatened reputations and finding love.
Recommend this book and praise to the proofreader for her diligent work. I will definitely read more of Ms Alex's work.
Read more
Report abuse
See all reviews