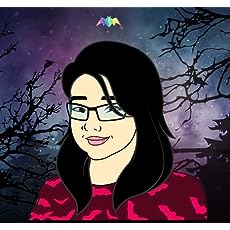 A creator at heart, Ari has always been in love with the idea of turning nothing into something. With her rainbow bat familiar, Sprinkles, she's ready to conquer the book world. Whether it's dragons and vampires or princesses and students, she always knows where to find the romance.

Find more about her on her website => www.arizonatape.com
Read more 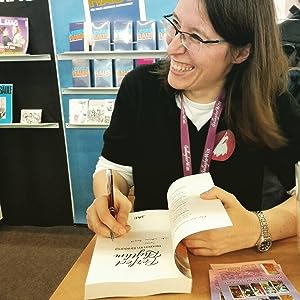 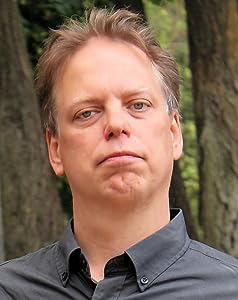 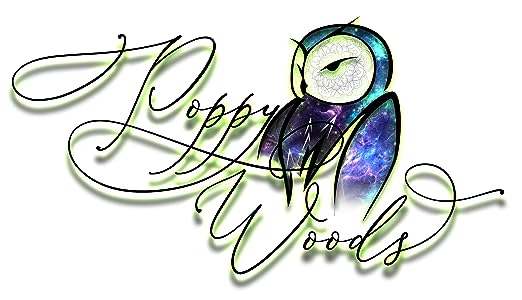 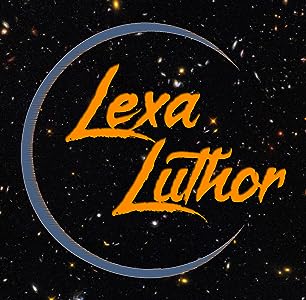 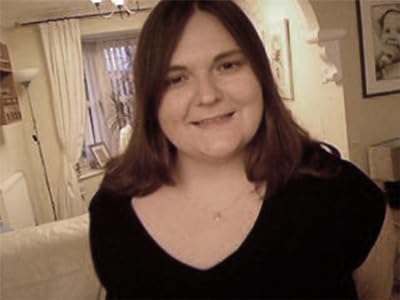 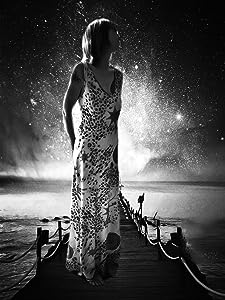 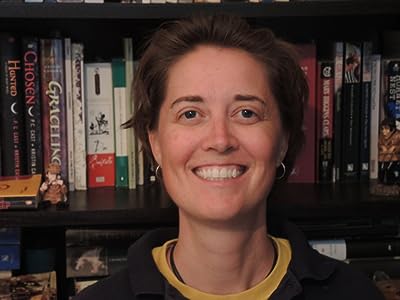 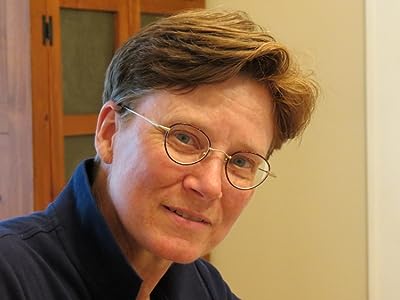 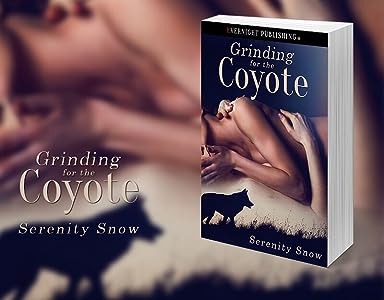 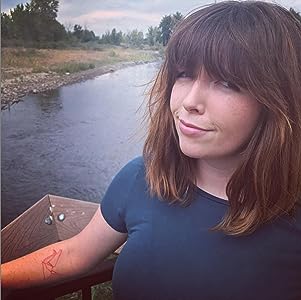 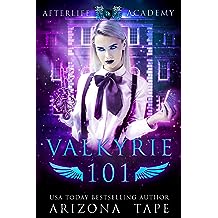 Ylva has always wanted to become a Valkyrie, and now she's enrolled in her first year at Afterlife Academy, she's getting her chance. But nothing is simple about bringing souls to Valhalla and she soon finds herself embroiled in ancient rivalries and new friendships.

With more human souls in need of collection than ever before, Ylva and her classmates are about to get a crash course in death.

-
Valkyrie 101 is book one of the Afterlife Academy: Valkyrie, an urban fantasy f/f academy series. The Afterlife Academy specialises in teaching paranormals how to help human souls pass onto the next phase, whether that's by guiding them gently, preparing them for rebirth, or cutting them loose with a scythe.

Part of becoming a Valkyrie includes learning how to:
- Open the gates of Valhalla
- Train your pet wolf
- Harvest a soul
- Earn wings
- Die and come back from it 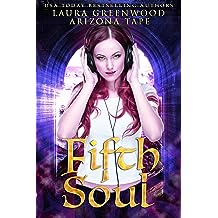 Lola’s always known she has three fated mates, but as an outcast, her best friend doesn’t. So when yet another mating ceremony comes around, Lola would rather skip it in favour of a gaming tournament. Little does she know what she’s going to discover...
—
A paranormal reverse harem set in the Twin Souls Universe
Read more
Other Formats: Audible Audiobook , Paperback 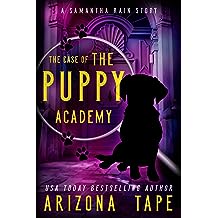 When Samantha Rain takes her hellhound to school, she hoped to be surrounded by adorable magical puppies. Instead, she finds herself at the heart of a mystery and she's forced to investigate a jewellery thief. With all the important people at the Puppy Academy, she can't afford to step on any toes… or paws.
Read more
Other Formats: Audible Audiobook 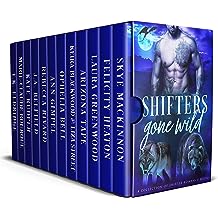 Fall in love with this paw-some collection of 12 shifter romances.

From spell-binding romances to heart pounding adventures, there's something for everyone in this collection of paranormal and urban fantasy romances. Whether you want to challenge the alpha, fall for the bear, or fly with the dragon, you can find it all within these pages.

This set includes full-length books by:

Click today to take advantage of this limited time collection. 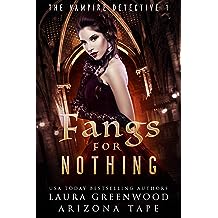 Lucy's always been looking for a quiet life away from vampire society, and doing her PI work. But when a box with a blind cat, and her semi-fiancé turn up all in the same week, she begins to unravel a mystery unlike any other.

When someone hires her to find a missing watch, she thinks things have taken a turn for the better...she doesn't know how wrong she is.

-
Fangs For Nothing is book one of the complete Vampire Detective Trilogy, an urban fantasy mystery series with a quirky heroine, a blind cat, and a romantic whychoose subplot.
Read more
Other Formats: Audible Audiobook , Paperback 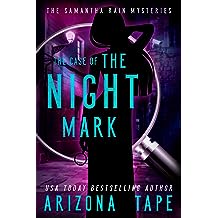 The Case Of The Night Mark (Samantha Rain Mysteries Book 1) Mar 1, 2020
by Arizona Tape
( 20 )
$3.99
When Detective Samantha Rain gets bitten by a hellhound, she's forced into the magical world of the Nox, night creatures living in secret between humans. Vampires, Will-O-Wisps, and much more uncommon types hide in a world that runs on oaths, blood, and death.

Unsure of whom she can trust, she has no choice but to rely on Lilith, heir of the Will-O-Wisp clan. Samantha has to earn her protection by solving a missing person's case that could change the future.

If she doesn't succeed, she'll pay with her life.

The Case Of The Night Mark is an Urban Fantasy Mystery with a lesbian romance in the background. 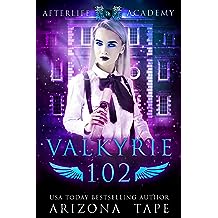 The world is at war and that means extra work for any Afterlife Assistants. Navigating through an army of dead souls is hard enough, but if she wants to save the dusk wolves, Ylva has no choice. On top of that, she still has conflicting feelings about her roommate, not to mention a rivalry with an old enemy.

Becoming a Valkyrie just became a whole lot harder. Does Ylva really have what it takes?

Valkyrie 102 is BOOK 2 in the Afterlife Academy Series, a lesbian Urban Fantasy dystopian. 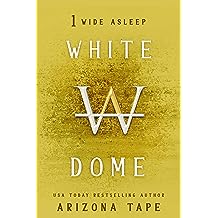 Yen's first day away from the Academy isn't what she expected. Thrown into the gritty Sector B, she quickly realises she's not prepared for the real world. Out here, sleep costs money, poverty equals death, and she's all out of Tokens. With nobody to trust and everyone out for themselves, she'll have to improvise to survive.

Rover's occasional maintenance trips to Sector B are only a small respite from a job that never stops. While he tries his best to fit in, his rebellious half-brother keeps stirring up trouble.
Dahlia's has a deep debt that binds her to the Token Rat Gang. As a lowly thief, she's determined to make a better life for herself but at what cost? In White Dome, nothing is free.

Wide Asleep is the first part in this YA dystopian series. It follows Yen, Dahlia, and Rover through the sub-zones of White Dome, a closed society where people will kill for a good night's sleep. This series is best read in order and includes LGBT characters.
Read more 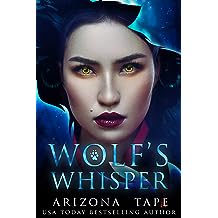 Wolf's Whisper (My Winter Wolf Book 1) Nov 29, 2017
by Arizona Tape
( 47 )
$2.99
When Akira sets out on a quest, the last thing she expected was to find her soulmate. Akira must face old enemies, make new allies, and work out where her heart belongs as she searches for the Winter Stone. Her world is turned upside down when she learns more secrets and uncovers more about her inner wolf.

And when the wolf begins to whisper, it must be answered. Matters of the heart are just going to have to wait...
—
Wolf's Whisper is book one of the completed fantasy trilogy, My Winter Wolf. It's filled with action, love, friendship, and sacrifice with an f/f relationship at the centre:
#1: Wolf's Whisper
#2: Wolf's Echo
#3: Wolf's Howl
Read more
Other Formats: Audible Audiobook , Paperback 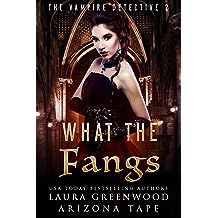 What The Fangs (The Vampire Detective Book 2) Sep 6, 2019
by Arizona Tape , Laura Greenwood
( 41 )
$3.99
Who knew a watch could cause so much trouble? Lucy certainly didn't think so. But now she's found herself thrust into a mystery far bigger than she thought she'd have to. Which should be what every PI wants.

But not this one. She has enough going on without ending up in life or death situations.

One mistep, and she could lose it all...

-
What The Fangs is book 2 in the complete Vampire Detective Trilogy, an urban fantasy mystery series with a quirky vampire lead and a romantic whychoose subplot.
Read more
Other Formats: Audible Audiobook , Paperback 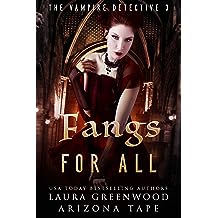 Fangs For All (The Vampire Detective Book 3) Dec 31, 2019
by Arizona Tape , Laura Greenwood
( 29 )
$3.99
Having seen the worst the vampire world could offer her, Lucy is more determined than ever to make changes that could save lives. But with mysteries in the house, as well as outside it, she might have bitten off more than she can chew.

Can Lucy trust the people around her?

Fangs For All is the third and final book in the Vampire Detective Trilogy, and urban fantasy mystery series with a quirky heroine and a romantic whychoose subplot.
Read more
Other Formats: Audible Audiobook , Paperback 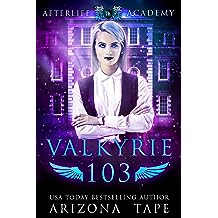 Forced to work together with other Afterlife Assistants, Ylva needs to rely on them or go under. Can she do what must be done and learn to control her Shadow powers, even if that means accepting help from an unlikely place?