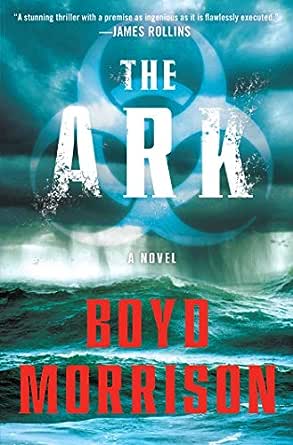 You've subscribed to Tyler Locke! We will preorder your items within 24 hours of when they become available. When new books are released, we'll charge your default payment method for the lowest price available during the pre-order period.
Update your device or payment method, cancel individual pre-orders or your subscription at
Your Memberships & Subscriptions 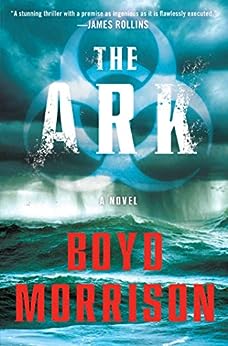 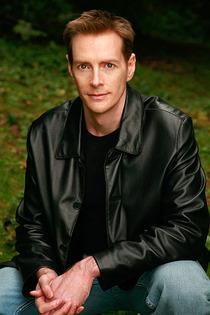 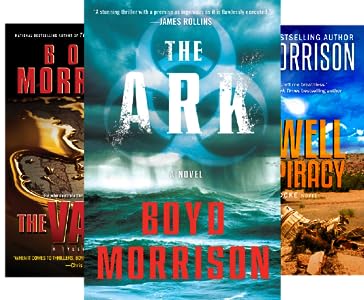 “Boyd Morrison is a rising star in the thriller world.”

At the start of Morrison's debut, a routine quest thriller that attracted attention through Amazon's self-publishing Kindle program, combat engineer Tyler Locke executes a daring rescue after the helicopter carrying archeologist Dilara Kenner crash-lands in the sea near the floating oil rig where Tyler is working 200 miles off the Newfoundland coast. Dilara has come to enlist Tyler's help in finding Noah's ark, previously discovered by her father, Hasad Arvadi, who was murdered before he could announce this momentous find. Arvadi's killer, Sebastian Ulric, the head of a religious cult, plans to use a prion disease found on the ark as a weapon. Tyler, Dilara, and Tyler's sidekick, Grant Westfield, are all that stands between Ulric and the death of virtually every human on earth. Morrison breaks the story into several main sections involving various battles before finally honing in on what impatient readers will have been awaiting, the actual discovery of the ark. 5-city author tour. (May)
Copyright © Reed Business Information, a division of Reed Elsevier Inc. All rights reserved. --This text refers to an alternate kindle_edition edition.

Hasad Arvadi’s legs wouldn’t cooperate. He strained to pull himself to the wall so he could spend his final moments propped upright, but without the use of his legs, it was a hopeless task. The stone floor was too slick, and his arm strength was sapped. His head dropped to the floor. Breaths came in ragged gasps. He remained on his back, the life draining from him.

He was going to die. Nothing would change that now. This inky black chamber, a room hidden from the world for millennia, would become his tomb.

Fear over his own fate was long past. Instead, Arvadi wept in frustration. He had been so close to his life’s goal—seeing Noah’s Ark with his own eyes—but that opportunity had been snatched from him with three pulls of a trigger. The bullet in each knee made it impossible to move. The one in his belly ensured that he wouldn’t last another five minutes. Although the wounds were excruciating, they weren’t as painful as falling short of reaching the Ark when it was within his grasp.

He couldn’t bear the awful irony of the situation. He finally had proof that the Ark existed. Not only existed, still exists. Waiting to be found where it had lain for six thousand years. He had unearthed the last piece of the puzzle, revealed to him in ancient text written before Christ was born.

We’ve been wrong all this time, he had thought as he read. Wrong for thousands of years. Wrong because the people who concealed the Ark wanted us to be wrong.

The revelation had been such a triumphant event that Arvadi hadn’t noticed the pistol aimed at his legs until it was too late. Then it had all happened so fast. The crack of gunshots. Shouted demands for information. His own pathetic pleas for mercy. Fading voices and dimming light as his killers stole away with their prize. Darkness.

Lying there awaiting his own death, thinking about what had been taken from him, Arvadi seethed with fury. He couldn’t let them get away with it. Eventually someone would find his body. He had to record what had happened here, that the location of Noah’s Ark wasn’t the only secret this chamber held.

Arvadi wiped his bloody hand on his sleeve and pulled a notebook from his vest pocket. His hands were shaking so violently that he dropped the notebook twice. With tremendous effort, he opened it to what he hoped was an empty page. The darkness was so total that he had to do everything by touch. He removed a pen from another pocket and flipped the cap off with his thumb. The silence in the chamber was broken by the sound of the plastic cap skittering across the floor.

With the notebook resting on his chest, Arvadi began to write.

The first line came easily, but he was rapidly becoming light-headed with shock. He didn’t have much time. The second line was exponentially more difficult. The pen grew heavier as he wrote, as if it were being filled with lead. By the time he got to the third line, he couldn’t remember what he’d already written. He got two more words out onto the paper, and then the pen dropped from his fingers. His arms would no longer move.

Tears streamed down his temples. As Arvadi felt oblivion closing in on him, three terrible thoughts echoed in his mind.

He would never again see his beloved daughter.

His killers were now walking the earth with a relic of unimaginable power.

And he would go to his grave without gazing on the greatest archaeological discovery in history.

© 2010 Boyd Morrison --This text refers to an alternate kindle_edition edition.

An elderly archaeologist is murdered. Before he dies, he manages to speak a few cryptic words to a colleague, the beautiful Dilara Kenner, whose own father disappeared three years earlier while pursuing his life’s work, the search for Noah’s Ark. Now, it seems, the ark and the solution to her father’s disappearance are within Dilara’s grasp, as long as she and Tyler Locke, an adventurous engineer, can keep ahead of the shadowy people who want to use the ark for their own purposes. This is a solid, well-written thriller, full of action, villainy, and close calls. Fans of James Rollins, Matthew Reilly, and Douglas Preston: take note. --David Pitt --This text refers to an alternate kindle_edition edition.

Boyd Morrison has a Ph.D. in industrial engineering and has worked for NASA, Microsoft’s Xbox Games Group, and Thomson-RCA. In 2003, he fulfilled a lifelong dream and became a Jeopardy! champion. He is also a professional actor who has appeared in commercials, stage plays, and films. He lives with his wife in Seattle. --This text refers to an alternate kindle_edition edition.

Dr. Dilara Kenner abandons her archaeological dig in Peru to meet Sam Watson, a longtime family friend, to learn crucial information about her missing father. They meet at LAX, where Watson reveals that the artifact her father searched years for, Noah's Ark, has been discovered. But before she can hear the details, a stranger bumps into Watson with a deadly contact poison. With his dying words Watson tells her to find Tyler Locke, a man she's never heard of. Boyd Gaines's convincing delivery keeps listeners guessing in this Old Testament mystery. Especially memorable is his chilling portrayal of a cultist's plan to annihilate humanity within seven days. With impeccable timing and flawless handling of multiple accents, characterizations, and plot shifts, Gaines engages listeners in this perfect blend of biblical history, archaeology, and religious fanaticism. G.D.W. © AudioFile 2010, Portland, Maine --This text refers to an alternate kindle_edition edition.
Read more