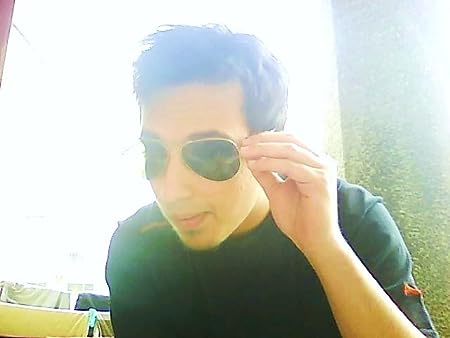 Armaan Singh Dhillon is the author of - A Nazi War Criminal in India (2016). His hometown is Mohali, Punjab, but currently living in Noida with his parents. He was born in 1994 in Baghdogra, Bengal in a military hospital as his father was in the Indian Army. After his schooling ended he joined Merchant Navy which was his childhood dream but after 6 months of sailing he realized that this is not something he wants to continue anymore. He left it after a total of 7 months and came back home. He then joined Marwah Studios in Noida (Delhi NCR) to do B.Sc in Cinema as he always had a nack for writing and movies. He plans to get into film direction when his course ends in 2018. A Nazi War Criminal in India was a concept he had thought during his last days on the ship (2014) and in 2016 it became a reality. He has some more ideas piled up and will soon start to work on his next book. You can contact him through e-mail - armaan619hbk@gmail.com or Facebook - https://www.facebook.com/cdtArmaan 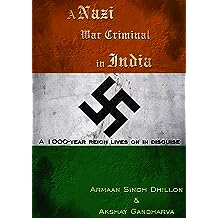 A Nazi War Criminal in India Nov 23, 2016
by Armaan Singh Dhillon, Akshay Gandharva
( 6 )
$1.50
Just after the end of World War II, Adolf Eichmann’s best man Alois Brunner fled to West Germany, then Egypt and finally lived in Syria with the help of the government in return for the torture techniques the Nazis used during their Reich.

But did he actually die there? Simon Wiesenthal claims that he died there when the civil war started but the location of his grave was unknown. There is no substantial proof for his death! And chances are that Simon Wiesenthal assumed his death due to the on-going Civil War even though they claim source who told them about his death was genuine. What if Alois Brunner never died and in-fact fled to India with the help of his contacts in the Syrian Government to avoid the Civil War since danger to his life increased.

Alois Brunner comes to India with a new identity and settles down in New Delhi in a locality where he meets a college student (Rohan) and befriends him. Does Rohan finds about his real identity? Rohan’s only trust is his best friend Dhruv! Or maybe one Indian Army officer comes into play to get Rohan out of trouble. What will happen in the end? Who ends up getting manipulated in the whole event?
Read more
Other Formats: Paperback