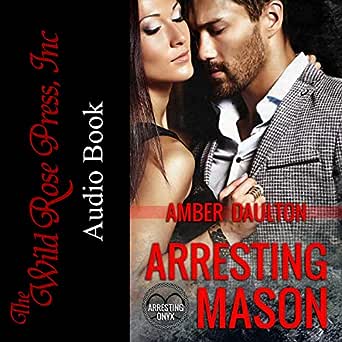 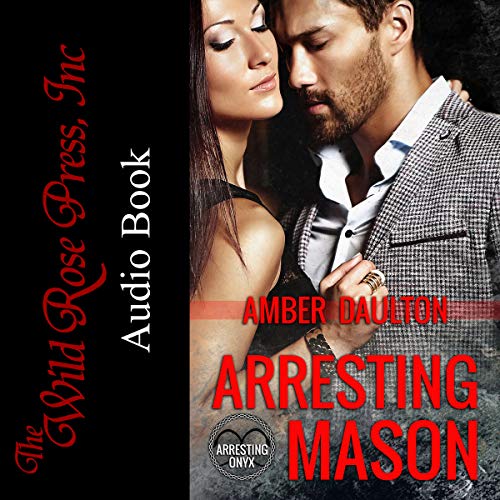 Redrabbitt
TOP 500 REVIEWER
5.0 out of 5 stars FROM PRISON GANG TO PROTECTOR
Reviewed in the United States on May 1, 2018
What a beginning to a new series. The story is an emotional roller coaster ride of the good, the bad, and the ugly. There is a great cast of characters, plenty of secrets, angst, anger, and new beginnings. No good deed goes unpunished, but maybe there is a level of redemption.

Mason Harding was a normal kid, but when his parent's marriage failed, and they divorced when he was fifteen, he became bitter and allowed his life to cross over to a darker side, running with a bad crowd, drinking and eventually to crime. Along with friends, a liquor store hold up goes bad, guns go off, one lays dead, he is shot, and so is the owner, but rather than leave like the others, he stays and works to help save the man. Now ten years behind bars, he is out on parole with strict restrictions.

Mia Eddison runs a classy boutique in downtown Denver. It was something she and her mother did together. After the death of her parents, the business became hers. Nearly running over a man will set this tale into motion and bring two opposites together.

The plot will have Mia and Mason meeting by accident when she nearly hits him with her car. She will give him her card, and he will contact her to ask her out on a date. When she agrees to go out with him, it will escalate to a night of passion back at her loft apartment, but what happens the next morning when her brother shows up unannounced to see one of his parolees with his sister? Mia will defend Mason, and Jim will be furious with both of them.

“People do things when they know they shouldn’t, but that doesn’t make them bad people, especially if they feel guilty about it and turn their lives around. You’ve paid for your mistakes.”

The story includes Mason doing his best to stick to the orders of his parole, avoiding those from his past, not drinking alcohol, and attending councilling sessions. His parole officer, Jim Borden, will try his best to keep Mia and Mason apart, imposing strict curfews, and even blocking him at her place, and her at his place.

Secrets of his life before and during prison will eventually become a factor when the past collides with the present, and some people are determined to force him back into the life of the gang, crime, drugs, and extortion. When he refuses to buckle under, that places Mia in danger and her life and livelihood are now threatened. But when they actually kidnap her, how far will Mason go to protect her, and even her brother?

The story takes on danger and suspense that keeps the pages turning and you on the edge of your seat as it becomes a matter of life and death. Not everyone will make it out alive, and now they have become a possible pawn to more dangerous people.

KatsKarryAlls
4.0 out of 5 stars Steamy, sensual romantic suspense.
Reviewed in the United States on May 4, 2018
After former bad boy Mason Harding is released from prison, he is determined to make something of himself--and get away from gangs, the only life he knew. Standing in his way is a parole officer who brings new meaning to "giving a man grief' every time Mason turns around.
Then Mason is almost run down by a distracted driver--and nearly loses more than his life.
he loses his heart to Mia Eddison. One problem: the gorgeous, sensuous woman who makes him feel things he's never exerienced is also his PO's sister.
So . . . between this sexy, interesting and generous girls who lights Mason's fire in more ways thatn one; a parole officer who sparks Mason's potentially dangerous temper, often in more ways than the usual; and former gang affiliations who will go to any lengths to get him back into the life, Mason's in in a mess that makes 10 years in prison look like a pre-school field trip.
Read "Arresting Mason" and find out how he and Mia work together to make a new life for themselves. You won't be sorry. I wasn't.
Kat Henry Doran, Wild Women Author Reviews
Read more
2 people found this helpful
Helpful
Comment Report abuse

NDP Book Review
5.0 out of 5 stars Totally perfect and smexy in every way!
Reviewed in the United States on September 12, 2018
Can an ex-con and a girl on the right side of the law be more than just lovers?

After doing time in prison, ex-gang member, Mason Harding, is released back into society after facing hard time for the sins of his past. Bad boy extreme, ladies. Ain’t getting dirtier than this man!

He doesn’t expect his first taste of freedom to lead him to the saucy, sexy, and sultry Mia Eddison. Their instant attraction leads to a night of passion where they are caught by Mia’s brother. Her brother, btw, is Mason’s parole officer. Other than the obvious inconvenience, Mia doesn’t want this to be the last of Mason Harding…even if her brother doesn’t approve.

Funny how this wild attraction is triggered by Mia almost hitting Mason with her car. LOL. She is literally instantaneously drawn to him and his sordid past. After their night of passion and learning of Mason’s history, Mia is determined more than ever to help Mason break away from his gang roots and tear away the walls that surround his heart. She knows there is good in him. Or does she?

“Heat bloomed under her skin. She was grateful she wore a low-cut blouse, slinky black slacks, and peek-a-boo heels for a confidence booster…”

Yeaaa girl! Well, I don’t really think she cares if Mason is good or bad because she’s ALL SORTS OF HOT AND BOTHERED!

But you know how this goes…Mia gets in the middle of things. And as Mason’s past begins to threaten his present, he must face the men he once considered brothers to save the woman that has since captured his heart. Will good conquer evil, or will love lead to the ultimate sacrifice for both of them?

Hot hot HOT! Mason Harding is my new smexy addiction. I haven’t been into gang books much this year, but Amber Daulton knows how to write it right. Arresting Mason was unputdownable. I enjoyed Mia’s character, but her transformation was just a little weak for me. But Mason? He turned a great book into an excellent book. This one will be read again by the end of the year, I’ll tell ya that.
Read more
Helpful
Comment Report abuse
See all reviews from the United States