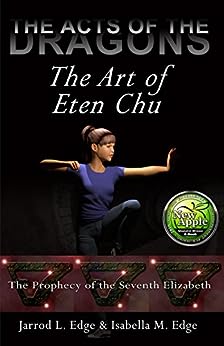 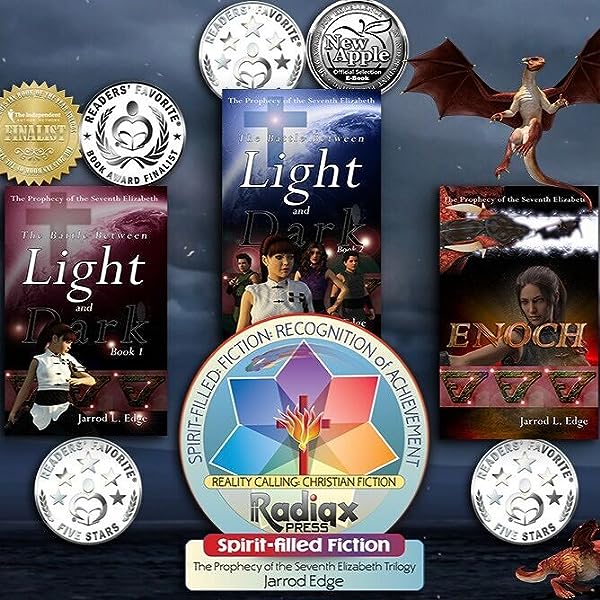 by Jarrod Edge (Author), Isabella Edge (Author) Format: Kindle Edition
Book 1 of 4: The Acts of the Dragons
See all formats and editions
Sorry, there was a problem loading this page. Try again.
What happens when a group of children, armed with a new form of martial arts, stumble upon a human trafficking ring while trying to solve a mystery?

One of the first in the Acts of the Dragons series to be released, The Art of Eten Chu gives us a look into the lives of the young Dragons Sette. While learning an eclectic form of martial arts called the Art of Eten Chu, Elizabeth, Rebecca, Matthew, and Jacob have a run-in with a Syndicate operative named Niro and his partner Sandman. The Dragons also go up against a New York City gang named the EPOLICS.

Co-Authored by Jarrod's daughter, Isabella Edge (9 years old), this Acts of the Dragons story takes place during the Sette's stay in New York City during the timeframe of the Battle Between Light and Dark, Book 2. It is full of laughs, action, mystery and a few surprises as well.​
Read more
Previous page
Next page
All 4 for you in this series See full series

Blessed to receive the following awards:

The Prophecy of the Seventh Elizabeth “Series”:

The Battle Between Light and Dark, Book 1:

The Battle Between Light and Dark, Book 2:

The Art of Eten Chu (from the Acts of the Dragons series):

An interesting fact about YA author Jarrod L. Edge is that he never wanted to be a writer – in fact, he never enjoyed reading when he was young. But he’s always been a great storyteller and writing down all of the wonderful yarns in his head has produced ten successfully published books. His offerings often have a theme of hope and faith, as displayed in his most recent release, Enoch: The Prophecy of the Seventh Elizabeth, book three.

Jarrod’s version of a good story is one that the reader can identify with through the human nature of its characters. He wants his own books’ young readers to glean that God loves the story character as well as the readers themselves. Jarrod hopes that young adults will carry with them, long after his book is closed, that the light can overtake the dark and that God has a plan for them, even if they can’t see it yet.

A unique part of Jarrod’s writing process is that he listens to what he’s written through audible platforms so that he can visualize his story. He gets his ideas from the everyday – through work, watching his four children as they grow up, or listening to weekly sermons. Sometimes even one sentence he hears will resonate with him and he will incorporate it into a story. Jarrod believes that God speaks to people in different ways and for him, He speaks through people.

Writing, for Jarrod, is a family affair. Not only does he run ideas, concepts, and stories by them, but two of his books are co-authored by his children, one of which won an award. A devoted Christian, Jarrod loves God and everything He has done for him in his life.

When he isn’t writing inspiring and thought-provoking science-fiction Christian fiction for young adults, Jarrod loves creating 3D graphics and music, writing short stories, and spending time with his family. He is the Director of SharePoint Services for a company in Des Moines, Iowa, and serves at his church, Lutheran Church of Hope in Waukee, where he currently resides.

SWillis
5.0 out of 5 stars Fast and exciting read.
Reviewed in the United States 🇺🇸 on January 23, 2016
This was a fantastic short story. There was so much action I was surprised when it came to an end. Can't wait for more short stories in this series. Hut chu! Bless you!!!
Read more
One person found this helpful
Helpful
Report abuse

Bowen Greenwood
5.0 out of 5 stars quick and fun
Reviewed in the United States 🇺🇸 on December 18, 2015
This book is the best of the series so far. This is a fast, fun scifi/fantasy read that's free from profanity and sex.
Read more
One person found this helpful
Helpful
Report abuse