Add to Cart
$48.66
+ Free Shipping
Sold by: Book Depository US
Add to Cart
$54.00
+ $3.99 shipping
Sold by: tabletopart
Have one to sell?
Sell on Amazon
Flip to back Flip to front
Listen Playing... Paused   You're listening to a sample of the Audible audio edition.
Learn more
See all 3 images 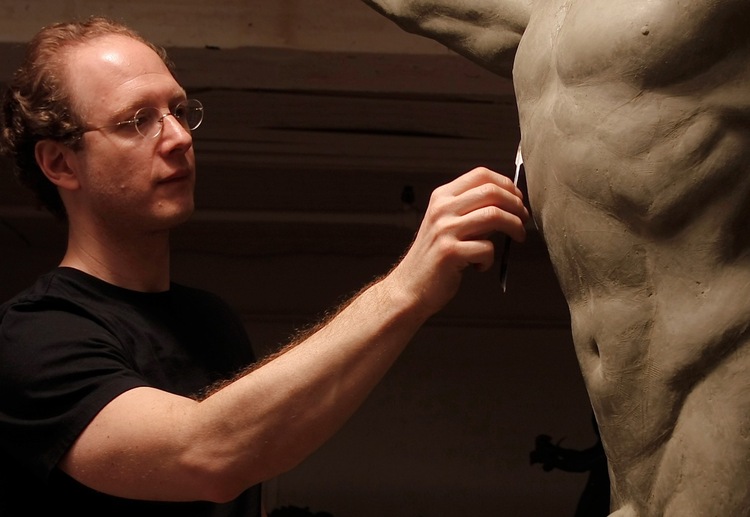 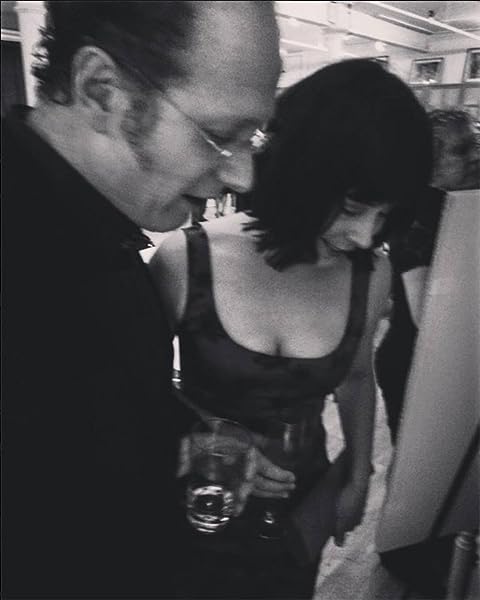 "...With Sabin Howard's and Traci L. Slatton's The Art of Life, you are in the possession of a beautiful collection of essays and visually stunning content that renders a vivid glimpse into the world of sculpture and in particular the work of a young American classical figurative sculptor, Sabin Howard." Norm Goldman, Bookpleasures.com

Why is figurative sculpture important? With lush photos and vivid narrative, THE ART OF LIFE explores figurative sculpture from the earliest times to the present. The work of ancient and classical sculptors, along with that of Michelangelo, Bernini, Canova, and Sabin Howard, is showcased. The book also details Sabin Howard's clay-to-bronze process, his philosophy, and his drawings

Sabin Howard is a classical figurative sculptor living in Manhattan. He grew up in New York City and in Torino. For twenty years, he taught art at the graduate and undergraduate levels.He has been elected to the board of the National Sculpture Society, has received numerous commissions, and has showed his work at more than fifty solo and group shows.

Traci L. Slatton is a graduate of Yale and Columbia, and she also attended the Barbara Brennan School of Healing.  Her other books are novels Immortal, Fallen, and The Botticelli Affair. Her nonfiction book Piercing Time & Space explores the meeting of science and spirituality.
Read more
Tell the Publisher!
I'd like to read this book on Kindle

4.4 out of 5 stars
4.4 out of 5
7 customer ratings
How does Amazon calculate star ratings?
Amazon calculates a product’s star ratings based on a machine learned model instead of a raw data average. The model takes into account factors including the age of a rating, whether the ratings are from verified purchasers, and factors that establish reviewer trustworthiness.
Top reviews

Richard Penberthy
5.0 out of 5 stars Be lifted up
Reviewed in the United States on November 9, 2011
Verified Purchase
Sabin Howard's sculpture presents you with whole rounded thoughts, captured surprise, and the long blessing of authentic art. It is as arresting as a little girl stopping in front of you with an apron full of apples and saying, "Here - these are all for you." And as rewarding as peace.

Just as you would walk around these figures to get the good of all aspects, novelist Traci L. Slatton's prose leads you along a route back through centuries of figurative sculpture and then loops back to Sabin, now a master sculptor, and through his education and his teaching.

The photography is excellent; it presents the work lushly, acknowledging every subtlety in the modeling - the flesh, the rightness, the sensuality. And the final 32 pages of uncaptioned drawings only amplify what you know by the time you reach them - that dedication and skill and comprehension and passion went into these sculptures before the armatures were built or the first clay applied.

I am thrilled by this brilliant book, spirit absolutely lifted by The Art of Life.

Grady HarpTop Contributor: Children's Books
HALL OF FAMETOP 50 REVIEWER
5.0 out of 5 stars The Art of Sabin Howard as Shared by Traci L. Slatton
Reviewed in the United States on May 24, 2012
In the event the reader does not know the name of Sabin Howard - yet - slowly absorbing this rather wondrous book, a collaboration between sculptor Howard and his wife, writer Traci L. Slatton will invade your psyche, not only because the art here reproduced so generously is so hypnotic, but also because of the team approach to the title THE ART OF LIFE simply works so well. According to the requisite biographical data, Sabin Howard grew up in New York City and in Torino, Italy. He studied art at the Philadelphia College of Art and then earned his MFA from the New York Academy of Art. For twenty years, he taught at the graduate and undergraduate levels. He has been elected to the board of the National Sculpture Society. He has received numerous commissions and has showed his work at more than fifty solo and group shows. After 45,000 hours of working from life models in the studio, he is the creator of three heroic scale pieces, HERMES, APHRODITE, and APOLLO, as well as many smaller pieces. His works are owned by museums and private collectors all over the world, and they have been favorable reviewed by The New York Times, American Artist, Fine Arts Connoisseur, American Arts Collector, and The New Criterion, as well as several foreign journals. He is the author of the book THE ART OF LIFE with his wife author Traci L. Slatton.'

Of significant importance is not only the pleasure of seeing over 100 reproductions of Howard's art, in drawing form (he is an exquisite anatomist), plaster, clay, and bronze, but to hear the interplay between sculptor and writer explaining the history of the art of sculpture, the ties to the representational figurative art of the masters Michelangelo, Bernini, Canova, Donatello, Giambologna, and Rodin, in manifestation of the spirit of man as seen in the bronze reincarnation of the corporeal form, and in the seven chapters into which the book is arranged we are invited to explore A Call to Beauty, The Foundation Supports everything, Education brings freedom, An Artist's body of work is his biography, The daily grind or process makes perfect, Living with sculptures, and Drawings.

As impressive as Sabin Howard's creations are the writings of Traci L. Slatton are equally rewarding. She is a fine writer (novels Immortal, Fallen, and The Botticelli Affair and a crossover between science and spirituality book entitled Piercing Time & Space. It is the collaboration of these two fine artists that makes this book so appealing to a very large audience. Highly Recommended. Grady Harp, May 12
Read more
2 people found this helpful
Helpful
Comment Report abuse

Carolyn Hertz
5.0 out of 5 stars Beautiful photographs of statues, elegant prose to accompany them.
Reviewed in the United States on October 22, 2014
I received a free kindle copy of The Art of Life by Sabin Howard and Traci L. Slatton, published by Parvati Press in exchange for a fair review. I gave it five stars.

The prose is elegant, descriptive & delightful to the senses. The beautiful photographs of the sculptures left me breathless. This book was a pleasure to read & I highly recommend it to any one who appreciates art.

anonymous
5.0 out of 5 stars Fascinating words and Beautiful art
Reviewed in the United States on November 2, 2011
I am not normally intrigued by modern art, but Sabin Howard's work brings you back to neoclassical work. It is fascinating pages of literature filled with beautiful art. Anyone can begin to love sculpture just with a few pages of Sabin Howard's book. This book is a MUST BUY!!
Read more
Helpful
Comment Report abuse

January Gray
2.0 out of 5 stars Had potential. Was hopeful in spots.
Reviewed in the United States on September 20, 2014
Had potential, but failed on so many levels. Need more photographs and I really don't want to read a book about someone's opinion of sculpture.
It did have plenty of art history, but the authors put their input and too much of their personal lives in this.
I understand how they were trying to show art imitating life, but this fell flat.
I see this book got a lot of 5 star reviews but it totally failed for me.
Read more
3 people found this helpful
Helpful
Comment Report abuse

Bruce Coville
5.0 out of 5 stars A Master in the Truest Sense
Reviewed in the United States on October 28, 2011
I had the astonishing pleasure of stumbling into a gallery display of Sabin's work earlier this year. I was entranced, and dazzled. I felt as if I had slipped back in time and entered the workshop of a master sculptor of the classical age. The power and beauty of Sabin's work is something to be savored.
Read more
4 people found this helpful
Helpful
Comment Report abuse
See all reviews from the United States
Pages with related products. See and discover other items: installation art