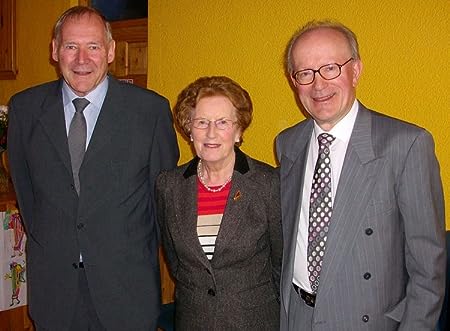 Arthur Russell is a native of Nobber, Co Meath, Ireland, where he grew up on his father's farm beside Moynagh Lough and its recently discovered crannog settlement, which is featured in his book 'Morgallion'.

By profession he is an Agriculturalist and since 1972 has worked extensively in many parts of Ireland. Since 1992 he has worked professionally in a series of Eastern European and Former Soviet Union countries. He has just completed a three year support project funded by the European Union with the Ministry of Agriculture in Ashgabad, Turkmenistan.

He lives with his wife Mary, in Navan, Co Meath. They have four children and three grandchildren.

The accompanying pictures show the author (2) and the author with Editor of Riocht na Midhe, Seamus MacGabhann and PRO of O'Carolan Harp Festival, Ann Finnegan at the launch of Morgallion on Oct 7th 2012.