Artificial Intelligence: A New Synthesis and millions of other books are available for Amazon Kindle. Learn more 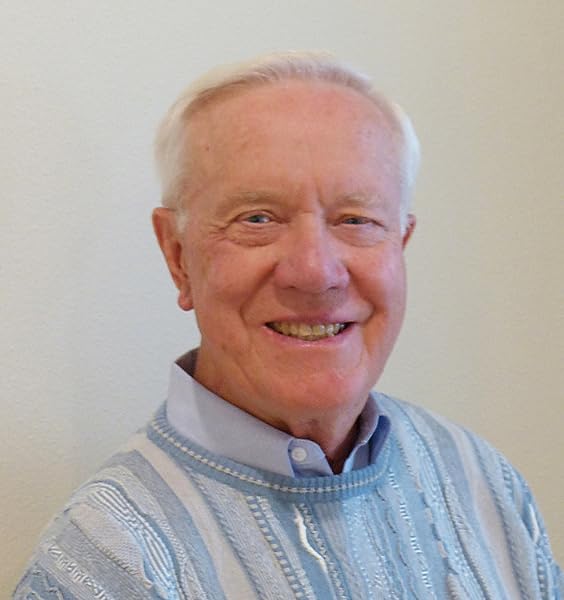 by Nils J. Nilsson (Author)
4.5 out of 5 stars 32 ratings
Part of: The Morgan Kaufmann Series in Artificial Intelligence (14 Books)
See all formats and editions
Sorry, there was a problem loading this page. Try again.
Read more Read less
Previous page
Next page

Start reading Artificial Intelligence on your Kindle in under a minute.

4.5 out of 5 stars
4.5 out of 5
32 global ratings
How are ratings calculated?
To calculate the overall star rating and percentage breakdown by star, we don’t use a simple average. Instead, our system considers things like how recent a review is and if the reviewer bought the item on Amazon. It also analyzes reviews to verify trustworthiness.

Dr. Lee D. Carlson
HALL OF FAME
4.0 out of 5 stars Good general overview
Reviewed in the United States on July 4, 2004
Verified Purchase
The field of artificial intelligence has an interesting history, both in terms of its content and the philosophical debate it has provoked. The field could also be loosely described as divided into two camps, those who view it as a collection of highly sophisticated algorithms, and those who view it as an attempt to create machines that exhibit human-level intelligence. Ironically, in the latter camp, it is difficult to assess the progress that has been made, since criteria for measuring machine intelligence are never explicitly given. Instead, dependence has been made on the "Turing test" for intelligence, a test that is difficult to apply, and in fact can be said to be too vague for a practical, objective assessment of machine intelligence.
This book is written more in the context of the latter camp, than in the former. However, in-depth discussion of the Turing test is not given, and this actually is one of the main virtues of the book, although the author clearly believes that the purpose of doing research in artificial intelligence is to achieve human-level intelligence. As he remarks in the last paragraph in the book, it was written to overview the techniques that he believes are required to achieve human-level intelligence. Although he does not explicitly give the reader tests for machine intelligence that will allow progress to be measured, he devotes a small portion of the book to various ideas on just what constitutes intelligence.
The book also gives a general (and sometimes very brief) overview of the algorithms used in artificial intelligence. Search heuristics, neural networks, and genetic programming are some of the topics that are covered. The influence of the "intelligent agent" paradigm, that is now taking the AI community by storm, is very apparent throughout the book. The author though does not neglect some of the topics in "good-ole-fashioned" artificial intelligence that arose decades ago and is still applicable today, especially in the field of logic programming. These topics include resolution in both the propositional and predicate calculus, and in expert systems. By far the best discussion in the book is on knowledge-based systems and evolving knowledge bases. This topic has taken on considerable importance in recent years due to the importance of data mining and business intelligence.
Readers who are considering artificial intelligence as a career choice will find good motivation by reading this book. The field also is quite different than most others in that it respects a high degree of individual creativity and ingenuity, and has a high bandwidth for new ideas. Beginning with its origins in the 1950s, the field has grown by leaps and bounds, but its applications have exploded in the last five years, fueled mainly by business and financial applications. Concerned not only with achieving human-level capabilities, but also with other forms of intelligence and how they can be useful, artificial intelligence has become one of the predominant forces in the twenty-first century. One can only be excited and optimistic about its further advances.
Read more
7 people found this helpful
Helpful
Report abuse

Dana "Dr.D" Richardson
5.0 out of 5 stars One of the very best on the subject
Reviewed in the United States on October 30, 2015
Verified Purchase
Complex subjects need to be as considered as possible, wouldn't you agree? Would you also agree that we are becoming an increasingly visual learning world, with electronic media a frequent replacement to a much more necessary harder form of base? So you put those two together and we need I believe books such as this one, it covers the plethora of subjective results of computers programmed to think. This is a great read.
Read more
Helpful
Report abuse

cpim
5.0 out of 5 stars Author is Leading Expert
Reviewed in the United States on May 8, 2017
Verified Purchase
This author is the leading expert in Artificial Intelligence (AI). If you want to learn AI from the leading expert, then read this book.
Read more
Helpful
Report abuse

Cristiano
5.0 out of 5 stars Time
Reviewed in the United States on July 11, 2019
Verified Purchase
Great and in time
Read more
Helpful
Report abuse

Huizhong Cheng
5.0 out of 5 stars Wonderful new book with low price~
Reviewed in the United States on September 2, 2015
Verified Purchase
The Book is totally new with just a name on the front page ! NO marks, no notes ! And the price is so nice ~
Read more

5.0 out of 5 stars Wonderful new book with low price~
By Huizhong Cheng on September 2, 2015
The Book is totally new with just a name on the front page ! NO marks, no notes ! And the price is so nice ~
Images in this review

G P
4.0 out of 5 stars An interesting read for the advanced students
Reviewed in the United States on January 6, 2001
According to my former AI prof, Nilsson suffers from "Physics envy." Given that AI is a fairly new, fairly splintered facet of Computer Science research, there is a relative absence of quantitative analyses of the subject to rival such other fields as chemistry, biology, or physics. As such, Nilsson resorts to quantifying most every piece of data or concept in the book. In some cases, his formulas can more lucidly be explained in words or simple algebra, rather than polynomic summations and calculus.
Nevertheless, for the non-beginning student of computer science that has an interest in the subject, this book covers the gamut of AI subjects. Topics include neural networks, genetic programming, multi-agent programming, fuzzy logic, and machine vision. While no topic is covered in-depth, the broad scope of the book allows one entering the field to decide what areas, if any, are of paramount interest.
I recommend this book for a 2nd or 3rd year CS undergraduate with a background in calculus and with a serious interest in artificial intelligence.

salaboy
5.0 out of 5 stars good as usual
Reviewed in the United Kingdom on August 15, 2013
Verified Purchase
good coverage of the field plus a lot of interesting extras, really recommended for Computer Science Students interested in the AI field .
Read more
One person found this helpful
Report abuse