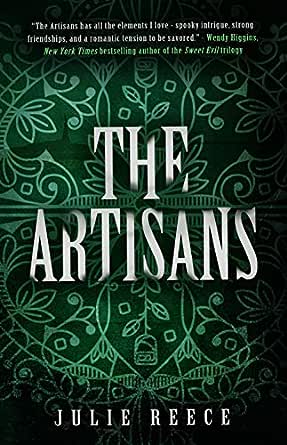 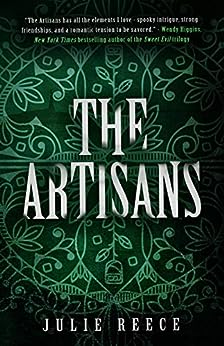 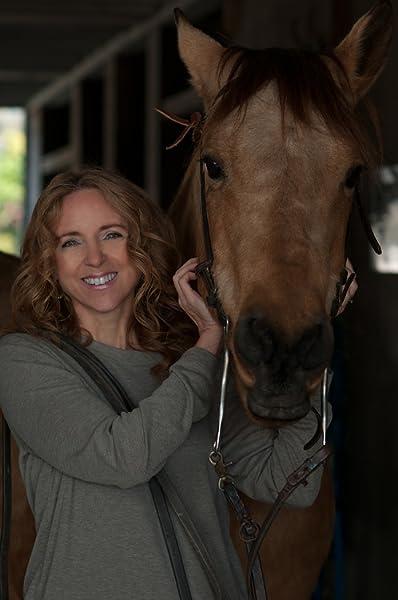 "This novelmakes the most of its hodgepodge of gothic elements to create a compulsive readfor avid fans of gothic romance." --SchoolLibrary Journal

"The Artisans has all the elements I love --spooky intrigue, strong friendships, and a romantic tension to besavored." --Wendy Higgins, author,Sweet Evil

"THE ARTISANSis a quick and enjoyable read for fans of Marissa Meyer, with an unpretentiousnarrator and quirky characters." --Teenreads

"The Artisans was a unique modern dayretelling of Beauty and the Beast filled with mystery, romance and wonderfulcharacters." --Bridget, blogger, DarkFaerie Tales

Julie Reece is a writer who loves strong heroines, sweeping tales of mystery and epic adventures… which must include hot guy romances. She struggled with dyslexia for her right to read but in the end she slayed the dragon. She lives in Georgia.
--This text refers to the paperback edition.

Gr 8 Up—Seventeen-year-old Raven doesn't know what she'll find when she arrives at the doorstep of the Maddox family home to bargain for her debt-ridden stepfather's life, but she doesn't expect Gideon Maddox. The dictatorial and smolderingly attractive young master of the house offers her a bargain she can't refuse: In a twist straight from the pages of "Beauty and the Beast," he will forgive her father's debt, but in return she must spend a year living in his spooky ancestral mansion using her unique genius for design to rejuvenate his family's clothing line. Unfortunately, Raven finds that not only has she sold herself into indentured servitude, but she is also living in a haunted mansion. Stilted writing and trite expressions undermine the novel's fast-paced and engaging plot, and in spite of Raven's casual and modern narrative voice, her character and Gideon's are gothic archetypes. Her one-dimensionality causes emotional outbursts in the otherwise conversational narration to fall flat. VERDICT Although readers looking for something original will be disappointed, this novel makes the most of its hodgepodge of gothic elements to create a compulsive read for avid fans of gothic romance.—Anna Stover, Poughkeepsie Day School, NY --This text refers to the paperback edition.
Read more

4.2 out of 5 stars
4.2 out of 5
60 global ratings
How are ratings calculated?
To calculate the overall star rating and percentage breakdown by star, we don’t use a simple average. Instead, our system considers things like how recent a review is and if the reviewer bought the item on Amazon. It also analyzes reviews to verify trustworthiness.
Top reviews

Kindle Customer
5.0 out of 5 stars Beautifully creepy!
Reviewed in the United States on May 22, 2016
Verified Purchase
Julie Reece has crafted a hauntingly beautiful tale and I’m so excited to have found this author. This book was funny, edgy, downright creep-me-out scary at moments and I loved every minute of it. The protagonist is fresh and compelling, the dialogue sharp and witty, and the storyline thoughtful. I love YA books that don’t pretend real life doesn’t exist for teens. Reece has included an alcoholic, gambling character that was written to perfection and the ways in which the protagonist, Raven, manage this relationship is both heart-wrenching and all too true to life. Between her thoughtful handling of reality, her blurring of the paranormal with the possibility of hallucination, and the descriptive, scary scenes, I can’t decide what I like best about this book. What I can say is I finished this in two nights and bought the sequel, The Paladins, immediately. I recommend you do the same.

Fans of Libba Bray, Melissa Marr, or Becca Fitzpatrick will love The Artisans.

Charlene
4.0 out of 5 stars Eerie and romantic!
Reviewed in the United States on July 13, 2015
Verified Purchase
A contemporary Beauty and the Beast retelling is always welcome, and I really enjoyed this book! It's light on the retelling aspect, although there are the important elements from the fairy tale - the confinement, the beastly hero, the connection between the couple, and the power of love to redeem. The story weaves in a great backstory for the heroine - Raven or Rae, who has a talent for designing clothes, but who has a very tough home life. Raven was so much fun to read about because of her wryly sarcastic voice. I found her hilarious!

The romance in this story is very sweet -it's sweeps you up if you don't pay too much attention to why they fall in love. Although for me, I felt it was hard to understand why Gideon fell in love with Raven so quickly when she was always so antagonistic to him initially. But I didn't mind too much since I really loved the characters, and it was great to read about their growing interest in each other. And I thought it was wonderful that Gideon can help Raven just as much as she can help him. And Gideon does help Raven realize her potential. Raven has two best friends who come to visit sometimes, and I loved that there is a little romantic b-plot going with those friends - this was an all around wonderful read for the romance aspect. (And YAY no love triangle!)

The story includes an interesting spin on the magic - there is a curse of sorts and a dark, forbidding house which made the story very mysterious and creepy at times. There were some particularly nerve-wracking scenes! Both the romance and the mystery of what secrets Gideon was hiding made this book so readable - a fantastic page-turner with engaging characters, swoony romance, and eerie mystery!

M. Davidson
4.0 out of 5 stars A Good Solid Read
Reviewed in the United States on July 20, 2015
Verified Purchase
There were parts of this book that I really enjoyed (hence the four stars), and parts I hated (why there's not 5 stars). One thing that stuck in my craw early on was the access that the protagonist had to everything that she needed to make fabulous clothes, despite the fact that she was so poor that she was living in her stepfathers shop, on the verge of eviction for non-payment. My mother is a seamstress. I know what it takes to be one. Fabric costs money, lots of money for nicer clothing. Vintage fabric is even more costly. Vintage stores sell their stuff for a bundle. Yet, Raven miraculously has access to fabric (both modern and vintage), thread, findings and everything else a person who dreams of being a clothing designer might ever desire, even though, you know, they don't have money for food or anything. Also, she manages to make wearable shoes in a couple of hours... hmmm.

I know, that sound really negative, and it is. But, that's really all I hated about the book (well, expect for the silly book names, I'm not a fan, but that's just personal taste, and I've seen much worse).

I thought that the premise behind the book was quite interesting. You do have to suspend belief to enter a world where someone can essentially kidnap someone else and everyone stays so positive about it. The synopsis isn't quite right, there was no threat of jail, for example, instead, Raven takes her dad's place in order to prevent his death - something to me that's a bit more motivating. After all, in jail he would have no choice but to get clean.

The protagonist is quite likeable in my opinion. She's afraid but she still does what needs doing to protect the people (and things) that she loves. Although I could have done without the love story, it is believable, taking a good amount of time for a relationship to develop. The story flows easily and I didn't have to reread anything to follow it, which is especially nice for self-published.

I don't want to go into too much detail because I don't want to spoil the story for anyone. All I can say is that it was an easy read. A couple of things, such as her sewing ability and things about her dad, could have been fleshed out a bit more (or not mentioned at all), but didn't detract from the story. It had a satisfying ending, but there are some unanswered questions that could maybe lead to a sequel, but no so much that if there isn't one, you won't be disappointed.

bookish_heights
4.0 out of 5 stars The Artisans
Reviewed in the United Kingdom on February 23, 2018
Verified Purchase
A great contemporary Beauty and the Beast retelling with a paranormal twist.
Some parts of this story also reminded me of "The Elves and the Shoemaker" from the Grimms Fairytales, which was a nice element.

Very much a Gothic retelling, we follow our main character, Raven, who has a dream of becoming a famous fashion designer. She is down on her luck and when her step-father gets in trouble with a dangerous man, it's the final straw for Raven. She makes a deal with the man in order to repay her step-fathers debt. The deal is for her to design clothes for his family's fashion brand, but take no credit for her work. She has to live in his mansion and design/make these clothes within a year.

Such a different take on Beauty and the Beast, I loved the different feel to it and the story-line. It was fast paced and engaging and while our main male character, Gideon, annoyed me at times, I still found that I loved Raven, and the story-line was just too good. But Gideon Maddox is definitely a prat for most of the book.

RED
1.0 out of 5 stars Awful
Reviewed in Canada on January 22, 2018
Verified Purchase
Where to start...it's terrible, really struggled to finish it. All men are portrayed as chauvinist and sexist and women are glorified damsels in distress who cry at the drop of of a hat and are fine with being bullied by same chauvinist males. The ghost story camera thing was ridiculous and found the religious references added nothing to the story at all. The only likable character was the cat.
Read more
Report abuse
See all reviews