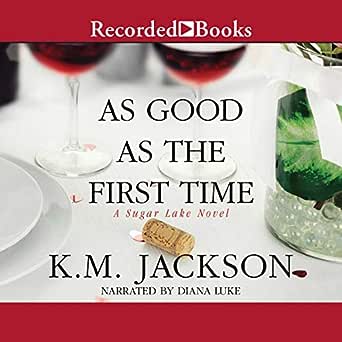 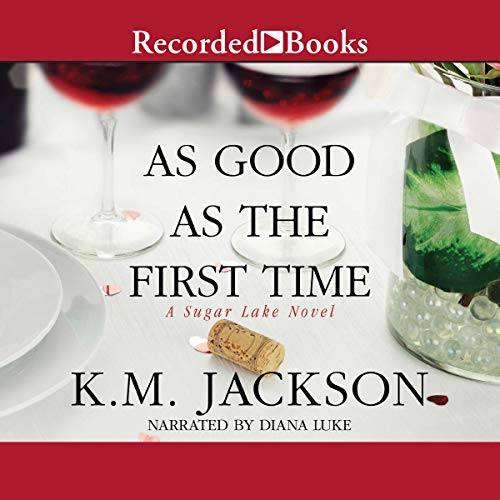 As Good as the First Time

Tea,blanket&myBook
3.0 out of 5 stars A High 3
Reviewed in the United States on December 24, 2018
Verified Purchase
Love once lost, but will it be found again? That is the dilemma that Clayton and Olivia must decide after their young, teenage summer love comes to an abrupt end after Olivia comes to Sugar Lake for the summer to find that Clayton has left without a good-bye. Poor Olivia. Oliva is a city girl with small town roots. Her parents decided to move to New York after they were married which meant that Olivia and her siblings became city slickers, as some calls it. Though Olivia was a city girl, she would visit Sugar Lake every summer to visit her family. Clayton was the golden boy who had a bright future, but a stupid decision caused him and Olivia to take separate paths. Twelve years later, Olivia volunteers to help her Aunt Joyce, who broke her hip, to run the family bakery in Sugar Lake, Georgia. Being back in Sugar Lake means seeing Clayton Morris again and facing the man who broke her heart so many years ago.

Now I wanted to get in to the juicy stuff because this story was hilarious and I just adored Aunt Joyce. The southern sayings and mannerisms were so on point. This was a nice and clean romance and I appreciated how the author wrote her scenes with such charisma. The family dynamic was great and it felt so realistic right down to the cousin rivalry. Once again, Aunt Joyce was hilarious.!!

I was sort of in the middle with this book because while I laughed, I also was looking for more dialogue. The characters talked more to themselves than anyone else. The chemistry between the character was there, but there was nothing special about it. Their relationship did not give me zings or the warm feeling inside. It was okay at best and I feel like I really did not get to know the characters the way I would have if there less monologue. At the beginning, the story started off very vague and it almost lost me for a sec. Thankfully, the author pulled me back into the story. Another thing is the "meh" ending. To me the two most important elements of a book is the beginning and the end. The author failed to pull me in with both and if it wasn't for Aunt Joyce, this book would have a lower ranking.

Grab your book and have at it. One more thing…be prepared to laugh and fall in love with this family.

Lorraine Brattin
4.0 out of 5 stars Sweet second time around love story.
Reviewed in the United States on November 14, 2018
Verified Purchase
This story is about Olivia who goes back to Sugar Lake to help out her aunt Joyce who owns a local bakery after she broke her hip. Along with her is her sister Drea who decided to tag along. When they reach town they see a fire truck outside the bakery. Worried, they run inside and find their aunt in a dispute with one of the firemen who Olivia recognizes as her first love and next door neighbor, Clayton.
After the smoke clears, it's found to be a possible faulty oven. Clayton tries to be cordial to Olivia and she wants nothing to do with him. Too much in the past to forgive. As they keep running into each other, Clayton tries his best to open up communication with her. He has a young daughter from a different relationship and she will need Olivias help.
Can Clayton realize his feelings for Olivia and that they are even stronger than before? Can Olivia get past the hurt from the past?
K.M. Jackson wrote a wonderful story and it's definitely a must read story.

Shannan Harper
4.0 out of 5 stars enjoyable second chance romance
Reviewed in the United States on November 24, 2018
Verified Purchase
The first book in a series about a small town called Sugar Lake. The beginning starts off a little predictable, with the main character Olivia Gaye losing her job and man. She decides to go to her place of birth, Sugar lake after finding out her Aunt Joyce needs help at her bakery after dealing with health issues. While there, Olivia runs into local fire chief and first love Clayton Morris, who is a divorced single father.

One of the major things I enjoyed about the story is that it doesn't focus on sex, but the two characters building a renewed relationship with each other. But Aunt Joyce happens to be my favorite character. She's one of those aunts that never had the chance to bare children, but everyone for the most part takes her advice to heart. I also liked the relationship between Clayton and his daughter. I enjoyed reading about this town, and can't wait to read the next book in the series. I noticed sparks between Clayton's reclusive brother Caleb and Olivia's cousin Rhea, so I'm hoping the next book will be about the two of them. The book included some recipes, and of course my favorite, Peach Cobbler, so I'm anxious to try it.

Thank you to Net Galley and Kensington Books for an ARC of this book.
Read more
Helpful
Comment Report abuse

Kindle Customer
5.0 out of 5 stars Great Story
Reviewed in the United States on December 10, 2018
Verified Purchase
I just loved this book. Sugar Lake sounds like a place I would love to live. Livia and her sister, Drea, leave New York City and go to Sugar Lake to help their aunt, who broke her hip. The aunt needs help operating the family bakery. Life seems to suit them down there in Georgia, so why does Livia want to go back to New York? She'll figure it out...eventually. Good read. Loved every page of it.
Read more
3 people found this helpful
Helpful
Comment Report abuse

E.Miller
3.0 out of 5 stars Long and not enough romance
Reviewed in the United States on July 14, 2020
Verified Purchase
I actually enjoyed this story, however, it felt very long because the characters didn’t really get together until about 82% of the book. Even then they didn’t get all the way together. I would have enjoyed seeing them in the relationship longer and how that went with her and his daughter and ex-wife dynamics.
Read more
Helpful
Comment Report abuse

M. L.
4.0 out of 5 stars I love the characters
Reviewed in the United States on March 24, 2019
Verified Purchase
I won't detail what this book is about - because many have already said, and the book blurb will give you details. What I will say is, I loved this story. For me, a book is all about the characters and if I love the characters, I'm all in. And I was ALL IN on this one. The author gives you so many reasons to root for this second chance love, she almost makes you want to pack your bags and move to Sugar Lake. I love her writing style, and the story. I'm looking forward to book 2 in the series.
Read more
Helpful
Comment Report abuse

George
5.0 out of 5 stars What a family!
Reviewed in the United States on November 19, 2018
Verified Purchase
Loved the family dynamics, and every family needs an Aunt Joyce. Crackling, funny dialogue. Loved Olivia's and Clayton's tentative path forward.

Jean Collins
5.0 out of 5 stars Wonderfu writing, reading, all good!
Reviewed in the United States on February 10, 2019
Verified Purchase
I like everything she writes! I can't find a thing I don't like about any of these books. Best author of all is she!
Read more
Helpful
Comment Report abuse
See all reviews