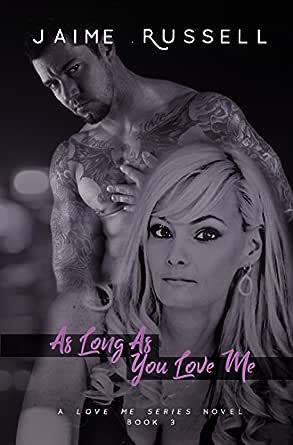 You've subscribed to Love Me! We will preorder your items within 24 hours of when they become available. When new books are released, we'll charge your default payment method for the lowest price available during the pre-order period.
Update your device or payment method, cancel individual pre-orders or your subscription at
Your Memberships & Subscriptions
There was an error. We were unable to process your subscription due to an error. Please refresh and try again. 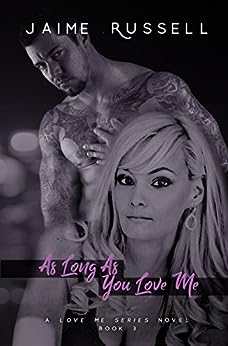 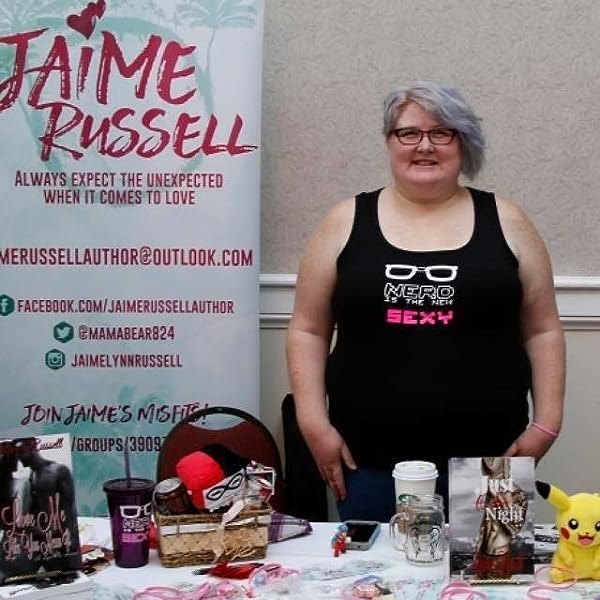 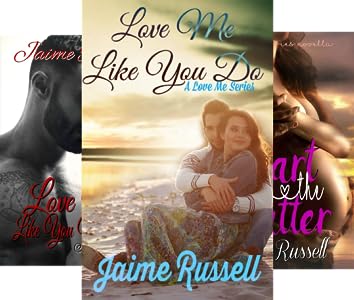 4.6 out of 5 stars
4.6 out of 5
13 customer ratings
How does Amazon calculate star ratings?
Amazon calculates a product’s star ratings based on a machine learned model instead of a raw data average. The model takes into account factors including the age of a rating, whether the ratings are from verified purchasers, and factors that establish reviewer trustworthiness.
Top Reviews

Beth Olson
3.0 out of 5 stars they both look forward to speaking to one another and love forms. But when her water breaks
Reviewed in the United States on July 18, 2017
This is my first time reading Jaime Russell. And even though this is a series, I was able to follow along..some what. At times, I did get confused who was who but I concentrated on Jensen and Sarah and their story.

What happens when you spend time in an on-call room with a hot doctor, you get a baby in the oven. And the man is a mystery because they never exchanged names. Sarah who is accident prone finds herself pregnant with his child. It's a small world, she became friends with her clients children. Being on bed rest, she is able to get her designs complete. She has daily interaction via text and calls to her client, Jensen. They become friends over the phone. And even though they never seen each other, they both look forward to speaking to one another and love forms. But when her water breaks, she calls her friend/client who happens to be a doctor. Jensen comes to Sarah's aid. But when they finally see each other the first time, the one night stand turns out to be the client.

Jensen's life revolves around his two kids. With the twins mother walking out when they were just babies, he is very selective who they are around. With a close bond, it's just him and the kids. But when he does go out, he does the one night stand. He doesn't want a relationship and makes that known. But when he had one amazing night in the on-call room, that night is burned in his memory. Jensen keeps imagining the blonde bombshell and wished he did things different with her. With his home being renovating, he looks forward to talking his designer, Sarah.

At the beginning I didn't care for Jensen with his one night stand ways. I didn't like the man. But once the two realized who each other were, I saw Jensen turn into a real man. He breathed for Sarah and their new child. The love that Sarah had for his two grown children made Jensen love Sarah even more. They were in love.

I highly recommend reading the two other series to get a better understanding of characters.

karenc
5.0 out of 5 stars "My heart is telling me to take the leap."
Reviewed in the United States on March 31, 2020
Sarah is pregnant. The father is the no-name doctor who took her virginity when they did a quickie (completely consensual ) in a closet at the hospital. He had an emergency, and had to leave before they shared any information. With nothing to go on, she has no idea who he is or how to contact him. But she makes a daddy box throughout the pregnancy, saving little bits of information, sonogram pictures, and letters that she writes to him almost daily. There are some problems early in the pregnancy, and she's on bed rest most of the time. She works with Max, and is helping to re-design Jensen's home. Jensen is in their circle of friends, but she's not ever met him in person. His kids have been around, though, and they love her. She and Jensen talk on the phone and text fairly frequently, neither having any idea who the other is. Until her water breaks and they're stuck in an elevator with the baby coming. Now.

This is Sarah's story, and I'm glad to see her find her love. She's been feeling left out because Abby met Cash, and Max and Reagan are together. When she goes on bed rest, Max insists that Sarah stay with his family (Reagan and her nephew), and she becomes close to Reagan. Jensen is a terrific father to his twins, and has raised them almost single-handedly since their mother walked out when they were 2. While I like him, sometimes he needs a swift kick in the rear - he's just a bit too alpha at times, not willing to compromise, and tries to take over with Sarah and the baby, after she dealt with her pregnancy alone. There's a lot of drama when you get so many personalities together, and this book is no exception. Sarah's parents don't approve of much, and are a little too bossy, and not willing to play nice with Jensen's parents. When Jensen's ex-wife shows up looking for the kids, they try to figure out how to work it out, except for her buttinsky cousin Robin, who threatens to take the children away. Jensen's parents and his GramGram are wonderful people, so accepting of whatever life throws at them, working as a team to make things work for Jensen and his kids OMG those twins - smart, loving, caring, and they fall in love with Sarah and the baby before they know about their relationship to her. Just like the other books, the bigger circle of friends is what makes this little part of the world go round. Some of them are related, either by blood or marriage, some of them have know each other for years, some are new to the group, but they all care so much for each other.

You could probably read this book without having read the first three book. I believe that having read the others first will give a better understanding of the characters and their relationships. One more book in this series...

Karen Lea
5.0 out of 5 stars I loved it!
Reviewed in the United States on July 18, 2017
First of all, I loved this book, but if you haven’t read the first two books in this series, I suggest you go back and read them. I started this book first and I was a bit lost because it contained a lot of characters that were obviously connected to each other, so I stopped reading As Long As You Love Me and downloaded the earlier books in the Love Me Series.
So where do I start? I loved the characters; they were real people with real problems. Some I could identify with and some I couldn’t. But I think I appreciated most about the characters were how they related to each other. They may not all have been family in the traditional sense, but they were family because of the way they related to each other. I wished I had friends like that when I was growing up.
As Long As You Love Me is Jensen and Sarah’s story and a beautiful story it was, even though there were plenty of hurdles for them to jump before they reached the finish line. Those hurdles certainly caused a few stumbles for both of them, but they didn’t stop me cheering them both on to reach their HEA.
I love it when I finish reading a book hoping that the author will write another book in the series and that’s how I finished As Long As You Love Me. By the way, I also had a smile on my face.