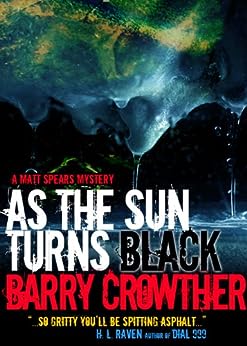 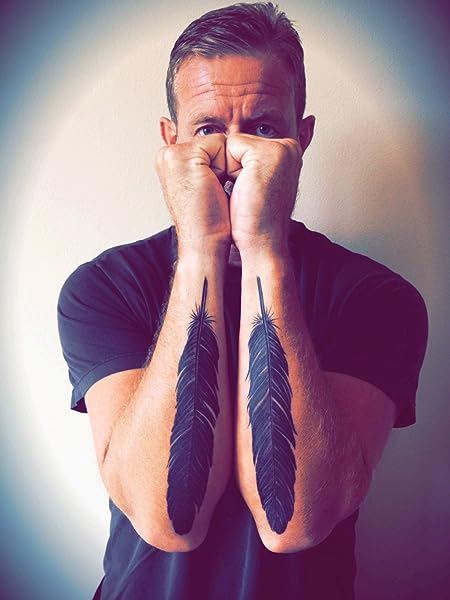 Barry Crowther lives and works in Manchester. He writes during the day and coaches Brazilian Jiu Jitsu at night.

He was named as one of the most popular Indie Authors of 2012 and became the final Indie Author Rock Star in 2011. His Matt Spears series has hit bestseller lists in various genres and he is also the author of the Nothing Series of novellas and the Alex Campbell and Matt Spears novels.

His only Non-Fiction published is his treatise on improving your Jiu Jitsu game when you are over 40, it is published under the pen name Oliver S Staark and titled Zen Jiu Jitsu. There are four books currently in the series with a new manual: Human Chess due in the winter.

A new series of thrillers under the common name of Slab City featuring FBI Agents Megan Daniels and Gage Carpenter are about to be released. It is Crowthers’ first foray into the thriller genre and is already in the process of being serialized.

James A. Anderson
5.0 out of 5 stars Noir Fiction At Its Finest
Reviewed in the United States on December 3, 2012
Verified Purchase
This is the second Matt Spears Mystery and a worthy sequel to  Missing (The Matt Spears Mysteries)  by Barry Crowther, a Manchester, U.K. lad transplanted to southern California.

This is noir fiction at its finest with highly interesting characters, humor and sarcasm. There is plenty of action, sometimes graphic violence and always a good mystery.

Matt and his eccentric pal Nathan return for more fun and hijinks in Manchester, U.K. I've compared Barry Crowther before to Ian Rankin and he does for Manchester what Rankin does for Edinburgh in exposing the dark, seedy side of the city.

This is a very good read for only $3.99 and well worth a visit. If you read Missing first it will give you a better understanding of the protagonists. There is a great twist which caught me by surprise.

mzbeastle
4.0 out of 5 stars Noir with a strong British twist - worth your time
Reviewed in the United States on December 9, 2017
Verified Purchase
This author has a way of bringing your attention into the story so well, that you can't leave without finishing the book. Loved the characters, the atmosphere.
Read more
Helpful
Report abuse

Elizabeth A. Means
1.0 out of 5 stars One Star
Reviewed in the United States on October 11, 2015
Verified Purchase
deleted it just couldn't get in to it all
Read more
Helpful
Report abuse

James R. West
5.0 out of 5 stars Twists and turns with a lot of humor!
Reviewed in the United States on April 28, 2012
Verified Purchase
This is the second book by Barry Crowther I have read -- both Matt Spears novels. Both are excellent. Good plot with lots of twists and interesting characters. Crowther reminds me of Nelson DeMille in his sense of humor in his writing style. I look forward to the next work by this author!
Read more
One person found this helpful
Helpful
Report abuse

Pat1360
3.0 out of 5 stars Hard to Get Into
Reviewed in the United States on August 18, 2013
I found the first part of As the Sun Turns Black confusing, with too many characters and undercurrents. I have not read the first Matt Spears book, which may have been the problem. The main plot of the possible return of a serial killer was interesting enough to keep me reading, and I did enjoy several of the characters (Trudy and Nathan in particular). The last half of the book was much easier reading and the final chapters made it worth suffering through the beginning.
I received a complimentary copy of this book in order to review it.
Read more
2 people found this helpful
Helpful
Report abuse

C Lasley
5.0 out of 5 stars Very smart!
Reviewed in the United States on December 6, 2012
I received this book for free in return for a review. This is one of the best of these free Kindle books I have read so far. Matt Spear is a former policeman who was acquitted of murder in the process of arresting drug dealers. He is now involved in finding an old acquaintances child who has been abducted by a serial child molester/killer. Two red headed girls have disappeared this time and one has been found dead. The killer has sent a letter to the same shady reporter who received a letter the first time he struck terror to parents in London. The investigation is muddied by shady dealings in the financial business by the father of one of the girls, and his super rich client. Matt is a man of today, a computer savvy, quick fisted private eye with a partner who is proficient in muscle power and higher education. If you can handle a little gore and swearing you will enjoy this quick moving, VERY well written mystery. It would make a great episode for Prime Suspect!!
Read more
2 people found this helpful
Helpful
Report abuse

Kelli K.
4.0 out of 5 stars Should have read the first book first
Reviewed in the United States on October 12, 2012
I received a free copy of this book in exchange for my review.

That being said, I stick by the title of my review. I wish I had read the first book in this series before reading this one, as I felt that I would have liked As the Sun Turns Black better having a little more background on the characters. During this story, there were a lot of allusions to things that had happened in the past, that I felt would have helped me understand the characters better.

However, I DID enjoy this book. It had a great twist to it that I didn't see coming. I loved the interaction between Matt and Nathan. Again, having more background on them would have only enhanced this for me. I enjoyed the two main police characters.

All in all, it was a good book and I do recommend it...just after reading the first in the series first.
Read more
Helpful
Report abuse

Florian T. Boyce
5.0 out of 5 stars "It's Grim Up North"
Reviewed in the United States on October 29, 2012
As the Sun Turns Black is another entry in the Matt Spears series, following the novel "Missing", featuring a dark and grim Manchester (United Kingdom) as its backdrop.

The stakes are higher as Spears isn't dealing with a missing person's case this time around, but rather the apparent death of the daughter of one of his acquaintances. There is enough references to the first adventure to make reading it non-essential, but I would say that reading "Missing" is suggested.

Like the previous Matt Spears entry "Missing", "As the Sun Turns Black" is a raw mystery tale that has it's moments in violence and colorful language. If it were a movie, the rating would be a "Hard R"

Matt Spears' world is more than fleshed out this time around. His chemistry with his friend and confidant Nathan "rings true" and is far more entertaining in "As the Sun turns Black".

While the book doesn't "drag" in the traditional sense, I did feel however that some conversations and/or chapters could have been shaved down to keep tensions heightened. I do recognize however that is a personal suggestion rather than a hard critique.

All in all, "As the Sun Turns Black" is an enjoyable mystery that lovers of the genre would appreciate.

Ms. J. Makin
5.0 out of 5 stars As the sun turns black
Reviewed in the United Kingdom on April 9, 2012
Verified Purchase
Another brilliant book from Barry Crowther. I could not put this down! The plot was gripping with a few twists & turns, good characters & a really good read. I am looking forward to the next installment
Read more
Report abuse
See all reviews
Back to top
Get to Know Us
Make Money with Us
Amazon Payment Products
Let Us Help You
EnglishChoose a language for shopping. United StatesChoose a country/region for shopping.
© 1996-2021, Amazon.com, Inc. or its affiliates