You've subscribed to The Library of Souls! We will preorder your items within 24 hours of when they become available. When new books are released, we'll charge your default payment method for the lowest price available during the pre-order period.
Update your device or payment method, cancel individual pre-orders or your subscription at
Your Memberships & Subscriptions
There was an error. We were unable to process your subscription due to an error. Please refresh and try again. 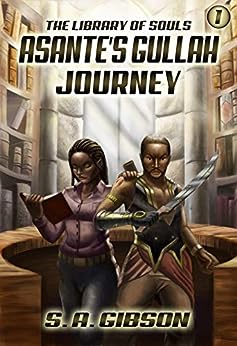 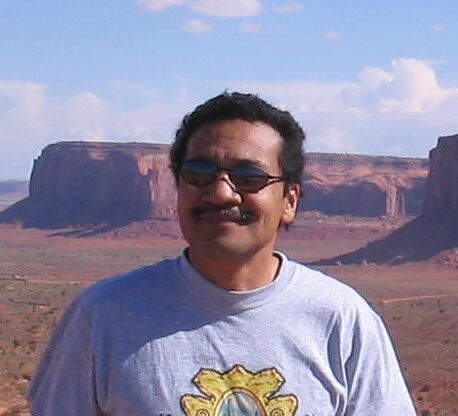 by S.A. Gibson (Author) Format: Kindle Edition
Book 1 of 2: The Library of Souls
See all formats and editions
Sorry, there was a problem loading this page. Try again.
Read more Read less
Previous page
Next page
Books In This Series (2 Books)
Complete Series 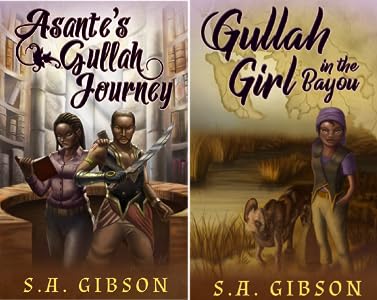 "Great world building! I really liked the concept of "woodpunk" and felt it applied well to this engrossing story. I also liked the way the library was incorporated in this post-apocalyptic tale." -- Kristy C, Amazon review, "From the moment the story starts, the reader is pulled into an exciting adventure of teens fighting to defend their parent's farms" -- Merri H, Amazon review, "it's full of action and adventure." -- M, Amazon Review, "The way the story is told and its pacing reminded me of Tolkien's" -- Leticia, Amazon Review
--This text refers to an alternate kindle_edition edition.

In this workpunk society, wood is used for most buildings, utensils, and transportation. Clubs, bows and arrows, staffs, wagons, wheels, and thousands of other tools are made from wood. --This text refers to an alternate kindle_edition edition.

Melissa Williams
4.0 out of 5 stars Culturally Diverse, Low-tech Dystopian Tale with Strong Female Protagonists
Reviewed in the United States on January 15, 2018
Verified Purchase
S. A. Gibson's Asante's Gullah Journey is a novel set in a dystopian future with low technology and where librarians have a lot of power and respect. While many of Gibson's books are set in this dystopian future, this one focuses on a particular set of characters, Gullah farmers on Daufuskie Island, who wish to save their farms from people trying to trick them out of their ownership documents. To do this, they must seek the aid of the librarians and a librarian scout named Asante, who recently arrived from Kenya.

It took me a bit to get into Asante's Gullah Journey because it is presented entirely in Gullah dialect--including the internal dialogue of the characters. But once I got used to the dialect, my reading went more quickly. The dialect actually had me researching the Gullah people and their language, both unknown to me prior to this book.

My two favorite characters--both POV Gullah characters--were Beneda and Lakisha. Beneda, though still a young woman, finds herself in a new role as leader of the Gullah farmers in the fight for their farms. Lakisha, still a young girl, decides she wants to work for the library rather than the farms. Both women are strong female characters who help their people in different ways. And Beneda is an awesome archer to boot! In fact, many of the female characters in the novel seem to be running the show.

Interestingly enough, the title seems a bit misleading. While things would certainly be different without the presence of Asante in Gullah lands, Asante is not a POV character. But he certainly does journey and aid the Gullah people. I do find myself, however, wondering more about his character's past and reason for coming to the United States from Africa since most of what we learn about him is from Beneda's or Lakisha's perspective.

I also feel like I missed some details about the antagonists and their motivations for wanting the Gullah farms. Does it have anything to do with their post-apocalyptic setting? Are they just greedy?

While Gibson does a great job in describing the general place setting of the novel, those wanting to know more of the background of his futuristic, "woodpunk" world will not get much from this novel. But he does have several others, though, that can provide more insight.

Overall, I enjoyed Asante's Gullah Journey for its cultural diversity, unique setting, a bit of mystery, and its action. I would recommend this to someone looking for something new in dystopian fiction.
Read more
One person found this helpful
Helpful
Report abuse

Johnny Kerce
3.0 out of 5 stars Interesting Story but Jarring Style
Reviewed in the United States on October 14, 2018
Verified Purchase
I am a huge fan of the Gullah culture and dialect, so this story is very interesting in that respect, and for the story alone I recommend. However, I felt a little jarred by the writing style, which understandably is subjective for each person - some may love the quick rapid short sentences in the narration, some may not. I lean more toward the long Austen and Bronte-type passages of English literature, so this did not appeal to my sensibilities in that respect. That being said, to those not a fan of Austen or Bronte, this is a good read mingling the w'uds a de strawng Gullah ooman.
Read more
One person found this helpful
Helpful
Report abuse

Kristy
5.0 out of 5 stars Great world building
Reviewed in the United States on November 28, 2016
Verified Purchase
Great world building! I really liked the concept of "woodpunk" and felt it applied well to this engrossing story. I also liked the way the library was incorporated in this post-apocalyptic tale. As a librarian, I've always wanted to see how libraries would be treated in this kind of future, so it was neat to see Gibson's take. Highly recommended!
Read more
One person found this helpful
Helpful
Report abuse

Anonymous
5.0 out of 5 stars Fantastic Adventure and World Building.
Reviewed in the United States on January 26, 2017
Verified Purchase
From the moment the story starts, the reader is pulled into an exciting adventure of teens fighting to defend their parent's farms from the rich in a distant town that believe they can bully the Gullah farmers to leave their farms. A library scout from Africa comes with the important papers to support the Gullah farmers
The adults gather and accept the leader Benada, the teenage girl who is expert with the bow and arrow.
I highly recommend this book and can't wait to read the next one.
Read more
One person found this helpful
Helpful
Report abuse

MOA
4.0 out of 5 stars Great Story, Exciting Adventure
Reviewed in the United States on January 7, 2017
Verified Purchase
It took me a little while to get used to the Gullah dialect but I liked the story; it's full of action and adventure. It's about farmers who refuse to sell and a business man who won't take 'no' for an answer. The characters are from different walks of life which was cool.
Read more
Helpful
Report abuse

Chandra Trulove Fry
4.0 out of 5 stars Unique and Intriguing
Reviewed in the United States on December 8, 2017
Verified Purchase
I have never read a story like this before. The style of writing was unique and the story intriguing. Overall, I enjoyed it!
Read more
Helpful
Report abuse

Velvetspyramid
4.0 out of 5 stars Sci Fi that's Low Fi
Reviewed in the United States on November 18, 2017
Where to begin? This is not your typical science fiction story. The author uses the term "wood punk" to describe the genre of this book, and it fits. The world has suffered a collapse, and people have had to revert to old ways of family farming, communication through letters and carrier pigeons, and libraries have become the sacred repositories of all knowledge. Librarians are not only knowledgeable, but martially skilled. If you do damage to a library or a librarian, they will hunt you as unrelentingly as a US Marshall.

But the main aspect of the story revolves around the power of family and small communities, banding together to protect each other and the land they depend on to live.This is also a coming of age story, as Beneda, the female protagonist, goes from a young girl helping to run a family farm into a reluctant but capable leader of the people around her. She and Asante, a visiting Librarian from Africa, work together to take on unscrupulous individuals working to claim the Lowlands for their own financial gain. Because she's a young woman using a bow and arrow to defend her home and lead a (small) revolution in a future U.S, I did see the parallel between Beneda and Katniss Everdeen of the Hunger Games, but the stories and the flavors are very different.

One of the most unique aspects of this story is the dialect Mr. Gibson uses for his Lowland Carolina characters. Though it may be off putting until you can get into the rhythm of it, I found it added to the portrayal of the time and region. People of color populate this novel, and I found that quite refreshing as well.

My only problem was that I couldn't "feel" the characters. Something about the point of view of the author kept me from being able to fully get inside the heads and hearts of everyone. This distance is the main reason I gave the book a four instead of a five. Still, I'm interested in seeing other stories set in this world.
Read more
One person found this helpful
Helpful
Report abuse
See all reviews
Back to top
Get to Know Us
Make Money with Us
Amazon Payment Products
Let Us Help You
EnglishChoose a language for shopping. United StatesChoose a country/region for shopping.
© 1996-2021, Amazon.com, Inc. or its affiliates