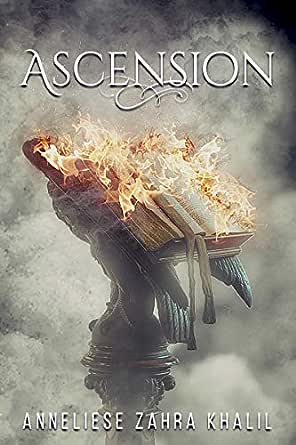 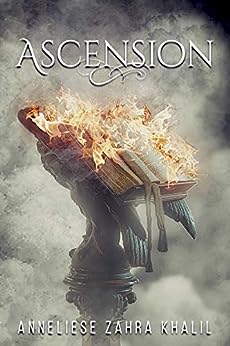 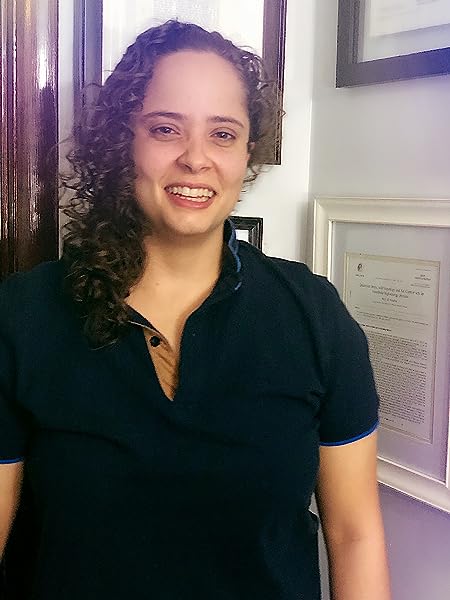 "If you thought youhad a grasp on the nature of angels, Ascension will disabuseyou of that idea (and a few more) while taking you on a suspenseful,fast-paced, hair-raising ride through the life of one Joel Stevens, a man witha destiny that unfolds in twists and turns that will keep you off-balancethroughout."
--Maya Kaathryn Bohnhoff,New York Times Bestselling Author of The Antiquities Hunter

"Mankind's age-oldfascination with angels and their unearthly power provides the backdrop for AnnelieseKhalil's spellbinding tale of a supernatural calling. Joel Stevens, desperatelymiserable following a horrendous work accident, attempts suicide, only to berescued by an enigmatic vagrant just as he experiences a vision of an angel.From that moment, Joel's insatiable desire to ascend takes over hislife--fueled by the vagrant's tutelage in the stages of ascension, and whoseclaims to be an angel himself masks a nefarious hidden agenda. Joel'slong-suffering wife, Sarah, finds her unconditional love for him stretchedbeyond breaking point as she, too, conceals her own dark secret. Ascension isnot only a supernatural treat that transcends religion, it is a hauntinglyrealistic dissection of love destroyed by madness and obsession, which packsmore of a punch for being well-written and cleverly constructed."
--James H Longmore. Author of Flanagan; Tenebrion;and Pede

"Ascension turns everything you thought you knewabout angels upside down, and then some. Ms. Khalil takes bold steps away fromthe age-old preconceptions of good and evil, and presents an intelligentalternative that is both thought-provoking and, at times, downrightphilosophical. In a story evocative of the gritty, down-to-earth style of TheKill Society and early Stephen King, angels are presented not as holybeings of God, but rather as otherworldly, timeless creatures as prone toweakness, temptation, and ego as their human counterparts, and who are notabove manipulation, coercion, and lying to get their way."
--Chris Hammer, authorof Family Can Be Murder (Dysorganized Crime Series)

"The Devil card intarot commonly depicts a man and a woman chained to the Beast, but the chainsare readily extractable, should the couple choose to remove them. The chasmbetween free will and destiny is blurred. For me, this story brings that cardto mind. Anneliese Khalil's debut novel makes a fantastical premise seemabsolutely plausible exploring the possibilities waiting to be plumbed withinus all, both good and evil. She guides her readers to take a hard look at theconstructs and cruelty of love and suggests we consider that angels are notalways as they seem. Ascension is a dark, provocative, high-voltagethriller that will grab readers by the throat and release them less-than-gentlywhen it concludes. A supernatural horror story and love story in equal parts,this page-turner won't let you put it down until it's ready to."
--Lee Adams, authorof 5th and Vanguard and Nighthawks (Julie Page MysterySeries)

"I totally lovedthis book! Khalil has done a fantastic job of developing the three maincharacters, and the tension between them is electric! The way she imaginesangels as neither good nor bad is wonderfully refreshing, and the tragedy thatbefalls the central couple is both entirely believable and heartbreakinglytragic. I found myself rooting for them, and at the same time absolutely hatingthe cruel, manipulative Donovan who weaves his cruel spell. By the end, thetable is most definitely set for a sequel, and I sincerely hope the author isworking on that right now!"
--Heddy Frosell daPonte,author of The Glamour Years of Flying as a Stewardess and TheFrosell Affair

"Move over DanielleTrussoni! Ascension, a unique love story, is a definite must read forall lovers of the Angelology series. Debut author Anneliese Khalil has writtena marvelous rollercoaster of a story in the vein of Lou Morgan's Blood &Feathers.  The book is a divinely constructed journey into a world offlawed human beings and equally flawed angels, who are rendered in a refreshinglynon-religious way. The research and scientific theories that help build theauthor's world have obviously been painstakingly researched, are utterlyconvincing, and presented incredibly well. Ascension threads togetherancient doctrine, modern beliefs, and scientific principles in a way that isintelligent, plausible, and will leave the reader with much food for thought. Atriumphant novel guaranteed to keep you thinking long after the end of thebook!"
--Lori Titus, authorof Hunting in Closed Spaces (Marradith Ryder Series) and BlackMagic Women: Terrifying Tales by Scary Sisters

"Ascensionintrigues from its first sentence to its last.It deftly tells a tale of compelling characters whose desires revealreligious and existential dilemmas pondered by humans for millennia.  Khalil tackles these big ideas with levityand grace while never forgetting the first responsibility of a fiction writer--to entertain."
--Rachel Kobin, Founder and Director, The Philadelphia WritersWorkshop

Anneliese Khalil is a free-spirited and deeply thoughtful creator. She received a Master of Public Policy from Rutgers University. Despite her education and in the spirit of unpredictability she is a residential construction energy efficiency specialist. Through years of experience in the home building industry, Anneliese has developed a suite of patented products to promote better, safer, and more efficient practices. The soffit vent is her most complete product to date, as the product has already been installed on multiple homes and the utility patent is scheduled to be awarded to Anneliese in 2020. In her free time, Anneliese brings to life a rich conglomeration of concepts and characters through her story writing, of which Ascension is the first to come forth to shock and entertain.

4.9 out of 5 stars
4.9 out of 5
20 customer ratings
How does Amazon calculate star ratings?
Amazon calculates a product’s star ratings based on a machine learned model instead of a raw data average. The model takes into account factors including the age of a rating, whether the ratings are from verified purchasers, and factors that establish reviewer trustworthiness.
Top Reviews

Anoq
4.0 out of 5 stars Keep an eye out for Khalil
Reviewed in the United States on July 9, 2020
Verified Purchase
Typically, I find books that open with any reference to Adolph Hitler to be just another in a long string of amateur author clichés. However, what Khalil manages to weave throughout this novel is anything short of amateur. This book is wonderful, a true page-turner with a daunting premise that is both thought-provoking and philosophical with an air of youthful adventure. The book itself is very well written, with scenes that jump off the page - but admittedly often feel drawn out. This was not my favorite book ever, but definitely a great cheap read to add to the summer reading list.
Read more
Helpful
Comment Report abuse

RaKobi
5.0 out of 5 stars A Page-turner!
Reviewed in the United States on April 27, 2020
Verified Purchase
This book tickled my brain cells and my funny bone, which is a rare combination. I found myself entirely involved with the characters, turning the pages quickly. The ideas are big, but the writing isn’t pretentious, it’s more like when an old friend tells you a good story.
Read more
One person found this helpful
Helpful
Comment Report abuse

Tamiam7
4.0 out of 5 stars Great book, couldn't put it down!
Reviewed in the United States on June 9, 2020
Verified Purchase
The theme of angels and good and evil wasn't something I would typically read, but Annelise's story telling was superb and kept me turning the page. I read the entire book in one sitting! It is very suspenseful and engaging, with a little bit of gore. It is intelligently written, and thought provoking. If you're looking for a book to make you question preconceived notions, this is it!
Read more
Helpful
Comment Report abuse

Ausross
5.0 out of 5 stars A suspenseful, well research, well written page turner!
Reviewed in the United States on April 14, 2020
Verified Purchase
I consumed this book at once! A fantastic story with a twist on angels! The character development and story flowed well and came together in a terrify yet beautiful fashion! I have ordered the paperback to reread and enjoy all over again! Great work!
Read more
Helpful
Comment Report abuse

Daphne
5.0 out of 5 stars Great quick read
Reviewed in the United States on August 7, 2020
Verified Purchase
This book was recommended to me and I'm glad it was. Fun thriller, well written and definitely different than anything I've read. Really creative ideas and interesting twist on the conventional ideas of angels. Easy to read and entertaining, I'd recommend it to anyone interested in an original story :-)
Read more
Helpful
Comment Report abuse

Amazon Customer
5.0 out of 5 stars Best new read!
Reviewed in the United States on April 9, 2020
Verified Purchase
I bought Ascension on Kindle to read during quarantine, when I couldn’t put my phone down I decided to buy the book! It‘s unlike anything I’ve read and hope the author writes a sequel. If you are looking for a new read this is it!
Read more
One person found this helpful
Helpful
Comment Report abuse

Amanda
5.0 out of 5 stars Could not put it down
Reviewed in the United States on June 30, 2020
Verified Purchase
From the very first chapter, I was intrigues and could not put the book down. I cared about the characters in the story and very much enjoyed the twists on traditional roles.
Read more
Helpful
Comment Report abuse
See all reviews from the United States