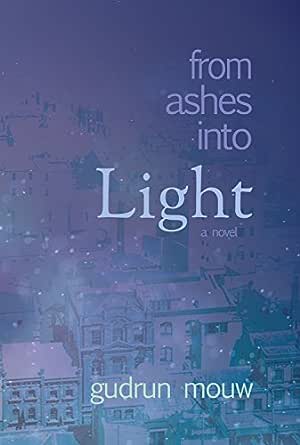 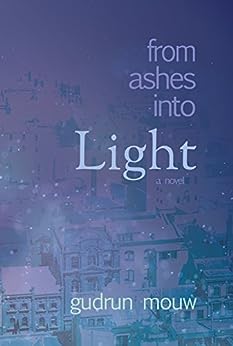 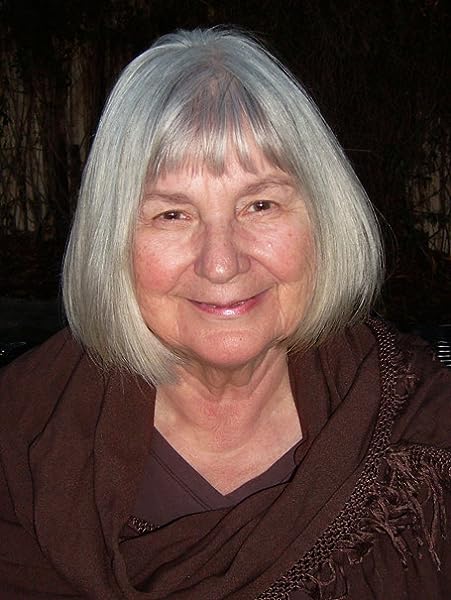 From Ashes Into Light Kindle Edition

"In this multifaceted story of loss, suffering and redemption, ashes of violence and destruction wrought by conquering races turn to the light of the inner phoenix and deep traditional values, beliefs and cultures." -Whole Life Times
"Three lives, three places in time, one single thread of truth. This is a transcendent novel that speaks to the cycle of souls, the terriblewheel of human suffering, and the ultimate capacity we all share forhope and healing." -Karin Rita Gastreich, author of Eolyn
--This text refers to an alternate kindle_edition edition.

Gudrun Mouw was born in East Prussia. She came to California in the 60s and studied at San Jose State University. There she received her Master's Degree in English Literature. She has worked as a community college English teacher, a university librarian, a columnist and a California poet-in-the-schools. Mouw has lived in the Santa Barbara area for over thirty years, writing and teaching. Gudrun Mouw has a collection of poetry published called Wife of the House. From Ashes Into Light is her first novel. --This text refers to an alternate kindle_edition edition.

4.4 out of 5 stars
4.4 out of 5
29 global ratings
How are ratings calculated?
To calculate the overall star rating and percentage breakdown by star, we don’t use a simple average. Instead, our system considers things like how recent a review is and if the reviewer bought the item on Amazon. It also analyzes reviews to verify trustworthiness.
Top reviews

Abhaya Kathleen Clark
5.0 out of 5 stars A Multicultural Novel with Complex and Compelling Characters
Reviewed in the United States on March 22, 2016
Verified Purchase
When I first held the book From Ashes into Light in my hands I read a quote of Karin Rita Gastreich's on the back of the cover. And now that I've finished reading it I can think of no better way to describe the essence of this book than Karin's quote:
"Three lives, three places in time, one single thread of truth. This is a transcendent novel that speaks to the cycle of souls, the terrible wheel of human suffering, and the ultimate capacity we all share for hope and healing."
I read novels, not so much to be entertained or amused, as to be transported to another place and get inside another person's world. Gudrun Mouw's novel managed to transport me again and again. Mouw is able to pierce through the trivial, and give the reader a glimpse of something incomprehensibly vast. Her human characters are complex, compelling and believable. The Phoenix, a being who lives outside the three dimensional world of time and space, is fascinating.
The novel is by no means sententious or moralizing, though it describes concisely the cruelties and suffering that accompany war and its lingering aftermath. What moved me deeply was that in the midst of horrendous suffering there are potent examples of human kindness and courage, including a lifesaving act from an 'enemy soldier' at the prison camp.
Although one of the reviewers on this site was put off by the author's use of various narrators and settings, I found it intriguing and enjoyed piecing things together as if I were doing a jigsaw puzzle. In the end there were areas of the puzzle that remained mysterious, but I enjoy that in a novel: it pulls my thoughts back to it and keeps me pondering. I would especially recommend this novel to literature teachers to use in their classrooms for two reasons: first, it would add an interesting dimension to the other books set during World War II, and secondly, it contains a thoughtful, well researched story of what the Native American experience may have been before and during the time of the California missions.

The story is of hardship, faith and family strength that holds one together.
Ruth is a young Jewish girl during World War 2 Austria, Then we meet Saqapaya
who is a native American living during the time of the Spanish conquest. Last there
is Friede Mai who is born during World War 2.

The story tells us of each life and how it effects them. We see the suffering that each
must endure. The effect and straights of family that will hold them together.
Read more
Helpful
Comment Report abuse

RosieWriteOn
5.0 out of 5 stars Relevant themes, readable writing.
Reviewed in the United States on March 19, 2017
Verified Purchase
Bravo for this beautiful book, published by a tiny indie press, The author takes a creative stab at some very difficult topics; the holocaust, the genocide of the indigenous peoples of California, and wraps these themes in a readable transpersonal-psychology journey. These themes are oh-so-very relevant right now, with the rise of fascism and the loss of empathy for women, people of color, immigrants, the elderly and disable, within the US government. Now, more than ever, is it time to look at the human-made tragedies and learn from them. And this is a beautiful piece of art to help guide that coversation.
Read more
Helpful
Comment Report abuse

KSD
5.0 out of 5 stars Outstanding
Reviewed in the United States on April 26, 2016
Verified Purchase
Take courage from this superb piece of literature. The human spirit
can transcend time, space, and evil. This book made me face the stark
reality of mankind at its worst then gave me the joy of seeing that we
have the ability to prevail. The author offers all of us a real-world
journey that passes through the ashes of inhumanity and leads to
realization that a future of light and hope is available to each of
us.
Read more
Helpful
Comment Report abuse

Kindle Customer
5.0 out of 5 stars An interesting book
Reviewed in the United States on May 21, 2016
Verified Purchase
I had difficulty following the story line. It was a good story. I would have liked for the story to have been more coherent.
Read more
Helpful
Comment Report abuse

L. Deems
5.0 out of 5 stars Powerful story of strength of the human spirit.
Reviewed in the United States on April 15, 2016
Verified Purchase
A powerful set of interwoven stories showing how the human spirit can transcend hatred and ignorance. The book details several dark and dangerous periods of human history. But there are always those who are loving and kind and filled with light. It moved me deeply and I continue to think about the book days after finishing it. Highly recommend it.
Read more
Helpful
Comment Report abuse

liz
5.0 out of 5 stars so good
Reviewed in the United States on February 27, 2016
Verified Purchase
I loved this book. Have been waiting to read it and could hardly put it down. The characters are so rich and alive. A book that I think is a must read.
Read more
Helpful
Comment Report abuse
See all reviews

Kindle Customer geo 068
3.0 out of 5 stars Three Stars
Reviewed in the United Kingdom on April 21, 2016
Verified Purchase
Would have been good if they had left out the airy fairy bits
Read more
Report abuse
See all reviews