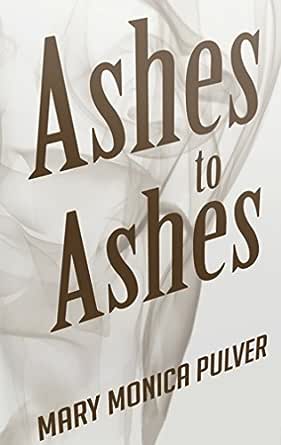 You've subscribed to The Peter Brichter Series! We will preorder your items within 24 hours of when they become available. When new books are released, we'll charge your default payment method for the lowest price available during the pre-order period.
Update your device or payment method, cancel individual pre-orders or your subscription at
Your Memberships & Subscriptions
There was an error. We were unable to process your subscription due to an error. Please refresh and try again. 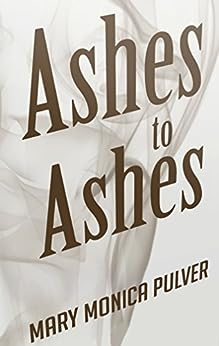 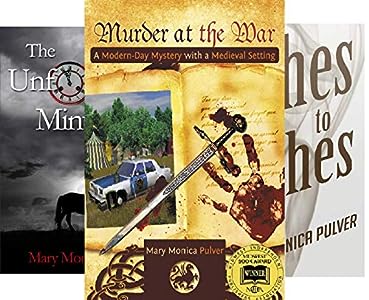 Pulver ( Murder at the War ) here tells the third tale featuring Detective Peter Brichter of the Charter (Ill.) police and his wife Kori. Though titillating and atmospheric, the yarn is less than credible. Still chasing after evidence of organized mobsterssuch as Kori's uncle, who had tried to kill her for her large intheritanceBrichter teams up with crooked Lt. Dahl of Homicide, who is on a murder-arson case. The owner of "Crazy Dave's" appliance store, Dave Wagner, insists he had borrowed thousands he couldn't pay back to a loan shark, Vigotti, who now demands the fire-insurance money. When Vigotti is "eliminated" as a suspect by local capos, Brichter forms a close relationship with elderly arson-expert Captain Isaac (Zak) Kader, and their investigation confirms Crazy Dave's alibi. Tireless deduction produces evidence that clinches the case but creates more victims as a consequence. Threats to Kori, hints of Lt. Dahl's involvement and other talky diversions dilute the plot before the novel closes with a hyped-up car chase.
Copyright 1988 Reed Business Information, Inc. --This text refers to an alternate kindle_edition edition.

Mary Monica Pulver is an incidental Hoosier -- Terre Haute, Indiana, had the hospital closest to her parents' home in Marshall, Illinois. She spent the later part of her childhood and early adult life in Wisconsin, graduating from high school in Milwaukee. She was a journalist in the U.S. Navy for six and a half years (two in London), and later attended the University of Wisconsin at Madison. Mary Monica sold her first short story, "Pass the Word," to Alfred Hitchcock's Mystery Magazine, in 1983, and has since sold more than two dozen short stories to anthologies and magazines, including some in Germany, England, Italy and France. She has appeared in such anthologies as The Mammoth Book of Historical Detectives, The Mammoth Book of Historical Whodunnits, The Mammoth Book of Historical Detectives, Shakespearean Mysteries, Royal Whodunnits, Unholy Orders, Murder Most Crafty, and Silence of the Loons. Her first mystery novel, Murder at the War, appeared from St. Martin's Press in 1987 and was nominated for an Anthony as Best First Novel. The Unforgiving Minutes and Ashes to Ashes followed in 1988; but Original Sin was sold to Walker, who also presented the fifth book, Show Stopper, in May of 1992. Berkley Diamond brought these mysteries out in paperback. They feature detective Peter Brichter - a cop one reviewer said was "a hardboiled sleuth who's somehow landed in a cozy mystery." In 1998 Mary Monica began writing a new series for Berkley featuring amateur needleworking sleuth Betsy Devonshire. Set in Excelsior, Minnesota, Crewel World came out in March and was followed by 18 other titles in the series. These light and traditional novels are written under the pseudonym Monica Ferris, and all have gone to multiple printings – the first one is in its thirteenth printing! Mary Monica has won a place on national and local best-seller lists, including USA Today and the independent mystery bookstore compilation. She is a member of Sisters in Crime (a national organization that promotes women who write mystery fiction), remains a paid speaker on the life of a mystery author. --This text refers to an alternate kindle_edition edition.

Fiona
5.0 out of 5 stars Another great Peter Brichter mystery
Reviewed in the United States on May 21, 2013
Verified Purchase
I don't usually like books told from multiple views. They can be confusing if not handled correctly. But "Ashes to Ashes" turned out to be so well crafted I wasn't in the least bit irritated with the view point changes. In fact it opened up a new avenue for the novel's plot.

The novel begins with an arson. Arson investigators discover a murder victim in the burned building and this is how Peter Brichter becomes involved. There is now an arson investigation and a murder investigation. As in a standard mystery, there are several murder suspects that have to be investigated and eliminated to find the real murderer. It also needs to be determined if the arson and murder are related.

"Ashes to Ashes" diverges from the standard mystery in that there are several sub-plots which revolve around various characters. These sub-plots don't detract from the novel and instead give us character-trait motivated characters. This makes the characters seem more "real" and adds to our involvement with them.

The novel is told primarily from Peter Brichter's point of view, but with an occasional switch to (this isn't a spoiler as all the characters know) a "dirty" cop's point of view. The interaction between these two is one of the sub-plots. It gives us a look inside how the fictional police department works. There are other sub-plots that serve to give us insight into the workings of the characters' relationships with each other.

I'd recommend this book for the reader who isn't just interested in car chase, bang-bang mystery novels, but instead wants to get to know and like (or dislike) the characters.

Mrs.V
3.0 out of 5 stars Still not sure why Peter is suppose to be good
Reviewed in the United States on July 16, 2013
Verified Purchase
First I should say that I have read more in this series than this one book. It is my opinion that one should read them in chronological order. I did not, but I think they should be. This book was OK, but I still find it difficult to believe Peter is a great detective. I cannot get invested in the characters and the "types" of the books are very varied. This was a straight police procedural and while it was fine -- OK -- decent enough, it just didn't grab me, not the story line or the characters or the setting or anything else about the book. I am glad I got it free (putting it on my Amazon wish list and waiting), but the price did not improve my opinion.
Read more
Helpful
Report abuse

J. Martin
4.0 out of 5 stars A fun read- but needs corrections
Reviewed in the United States on April 28, 2013
Verified Purchase
The third book in the Peter Brichter series, and a very enjoyable one. However, this Kindle edition is sorrowfully in need of corrections. One character is referred to by at least three different names- one of those names being that of another character. It was really hard to follow the plot twists, when the wrong names kept on being used- I was frequently unsure about who was talking to whom about which other character. I'd read the book years ago in print, and I'd really have to recommend doing that...until and unless someone corrects all the errors in the Kindle version.
Read more
2 people found this helpful
Helpful
Report abuse

Diane
4.0 out of 5 stars Thoroughly enjoyed it.
Reviewed in the United States on April 23, 2013
Verified Purchase
As I was reading the book, I felt I was reading one of my favorite series - CSI! The suspense on finding out who started the fire kept me flipping from page to page. What made the story interesting was the fact that the case is about an arson and since material evidences were burned together with the building, the investigators have to rely on mere observation and thorough analysis of what they observed. This idea seem to portray how an investigation occurs during those times when technology wasn't that updated.

I admire how the author managed to fit in the personal married life of Peter Brichter, who happened to have some issues about... oops! Best not give it away. I highly recommend for others who are avid fans of suspense and mystery.
Read more
2 people found this helpful
Helpful
Report abuse

Maryann Miller
3.0 out of 5 stars An Okay Read
Reviewed in the United States on July 29, 2013
Verified Purchase
There were some things I liked about the book. Peter was an interesting character and some of the dialogue was so good it was like listening to real people. That said, I did find some of the police procedure a little on the weak side and some of the plotting was a bit unrealistic. Maybe it is because I read so many hard-edged mysteries that I have trouble buying into stories that lean more toward the cozy.
Read more
Helpful
Report abuse

Luci Zahray
5.0 out of 5 stars loved this book
Reviewed in the United States on August 13, 2013
Verified Purchase
Mary Monica Pulver is an earlier pen name of Monica Ferris
These Peter Brichter books are wonderful
Ashes to Ashes is her book involving arson
A wonderful read
Read more
Helpful
Report abuse

Pam Thomas
4.0 out of 5 stars Great read
Reviewed in the United States on June 3, 2013
Verified Purchase
Grouchy old cop. Beautiful princess for a wife. A mystery, a police chase. Mention of the SCA, horses, a great dog, an amazing yellow cat. It was fun.
Read more
Helpful
Report abuse
See all reviews