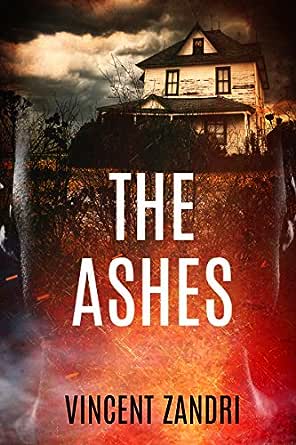 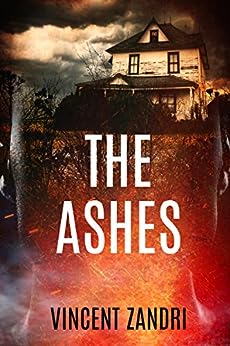 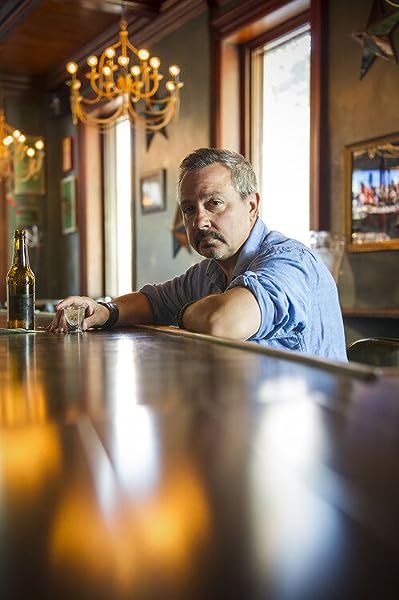 Winner of the 2015 PWA Shamus Award and the 2015 ITW Thriller Award for Best Original Paperback Novel, Vincent Zandri is the NEW YORK TIMES, USA TODAY, and AMAZON KINDLE No.1 bestselling author of more than 25 novels including THE REMAINS, MOONLIGHT WEEPS, EVERYTHING BURNS, and ORCHARD GROVE. He is also the author of numerous Amazon bestselling digital shorts, PATHOLOGICAL, TRUE STORIES and MOONLIGHT MAFIA among them. Harlan Coben has described THE INNOCENT (formerly As Catch Can) as "...gritty, fast-paced, lyrical and haunting," while the New York Post called it "Sensational...Masterful...Brilliant!" Zandri's list of domestic publishers include Delacorte, Dell, Down & Out Books, Thomas & Mercer and Polis Books, while his foreign publisher is Meme Publishers of Milan and Paris. An MFA in Writing graduate of Vermont College, Zandri's work is translated in the Dutch, Russian, French, Italian, and Japanese. Recently, Zandri was the subject of a major feature by the New York Times. He has also made appearances on Bloomberg TV and FOX news. In December 2014, Suspense Magazine named Zandri's, THE SHROUD KEY, as one of the "Best Books of 2014." Recently, Suspense Magazine selected WHEN SHADOWS COME as one of the "Best Books of 2016". A freelance photo-journalist and the author of the popular "lit blog," The Vincent Zandri Vox, Zandri has written for Living Ready Magazine, RT, New York Newsday, Hudson Valley Magazine, The Times Union (Albany), Game & Fish Magazine, and many more. He lives in New York and Florence, Italy. For more go to WWW.VINCENTZANDRI.COM --This text refers to the paperback edition.

MadeupaginTop Contributor: Cooking
5.0 out of 5 stars Don't Go Into the Basement. There's Really a Reason.
Reviewed in the United States on May 9, 2017
Verified Purchase
Eight years after the events in The Remains, Rebecca and her best friend Robyn, and their children, Michael Jr. and Molly, are living together in the house where Rebecca and her twin sister Molly (for whom Robyn’s daughter is named). They have made the barn into an art studio and are generally enjoying life. As they have extra land to one side of them, they rent the land out for a neighbor to grow corn.

Their nearest neighbor, Sam Goodman, has bought the house next door, where Rebecca’s good friends lived until their deaths. Sam also rents out part of his property for the same neighbor to grow corn.

Rebecca is concerned that Michael has been talking about two different voices he’s been hearing. One – from the barn – is his father, he says. The other, even more disturbing, is from the cornfield, and he says that voice is from Mr. Skinner. Michael is only eight, but he has the ability to draw that Rebecca’s friend Franny did. He draws a very good likeness of his father, which Rebecca puts down to having seen pictures of him all over the house. However, the person he calls Mr. Skinner makes her skin crawl.

Little does anyone know that Mr. Skinner had been a former cell mate of Whalen, who had kidnapped Rebecca twice.

As the book progresses, learning about the man, Skinner, who adored Whalen before Whalen was released and Skinner escaped (after Whalen’s death) and why the police may not be broadcasting the fact of his escape scared me to death. What if this is going on right now, anywhere?

Whalen had a preference for basements. So, it seems, does Skinner. Only Skinner makes basements more terrifying. I’m glad our washer and dryer are upstairs and I have no reason at all to go into ours.

The last few chapters, as in The Remains, will have you holding your breath, reluctant to release air for fear you will be gasping in more in a paragraph or two.

Literally until the last chapter, when everything you are scared for for Rebecca to admit takes her where she needs to go comes true, you cannot help but be terrified for what comes next.

This is another edge of your seat, what the holy baloney can he have happen next, type of book. The characters (with the obvious exceptions of the boogeymen) are very likeable. You want to urge them on to the best life ever. Until we learn of Skinner. Then we are terrified for them. You know those movies where you scream at the character: don’t go into the basement. Well, here you go. There’s a reason for that! Loved this book and the one before it, and highly recommend it. Where’s Rebecca #3?
Read more
7 people found this helpful
Helpful
Report abuse

laurathomas61
5.0 out of 5 stars Creepy thriller
Reviewed in the United States on April 29, 2017
Verified Purchase
I wasn’t prepared for this one. I was expecting a creepy read. What I got was a dark, psychological nightmare. Loved it too.

As I got into this story I suspected there might be a book before this one. The author relates a huge event in the past that comes back to haunt Rebecca, her best friend, and their children. A psycho killer has escaped from the asylum and is coming for them, bent on finishing the job his cellmate started all those years ago.

You’ve seen the movies or read the books with similar scenarios. What will get you is how the author turns it darker, more horrifying. I’m warning you right now, don’t expect happy endings for everyone. This killer is cunning, patient, and doesn’t even seem to be entirely human. He’s like a spider. He spins his web and waits for the prey to get trapped in it.

I questioned some of the actions, especially Rebecca’s and her boyfriend Sam’s. They knew the killer was out there somewhere. Knew there was a threat, especially to the children. And hesitating at some crucial times wasn’t something I imagined I’d do. I’d be screaming for the police at the top of my lungs. I know, that’s easy for me to say. I’m not the one being hunted. But, then the story wouldn’t be so intense, wouldn’t get those gut reactions I suspect the author was going for. Sure got them out of me.

This is a hair ripping, wild look into the mind of a monster, and the struggles his victims go through to escape his killing web. I mentioned earlier that I suspected their was a book before this one. There is. The Remains. While I read this book first and got information about the earlier story, I plan to read it and expect to get just as much enjoyment out of it even though I have an idea how it ends.

If you love psychological thrillers with a large dose of horror, you’ll want to read this book.
Read more
3 people found this helpful
Helpful
Report abuse

Don Kidwell
4.0 out of 5 stars The Bogeyman Coming To Get Ya...
Reviewed in the United States on March 30, 2017
Verified Purchase
Eight years after and Rebecca is once again being stalked by a sadistic killer in this frightening suspense sequel! Enough blood and gore to satisfy horror fans without being too over the top, together with a strong heroine that finds herself in a nightmarish environment complete with enough actions and thrills such that I ripped thru it in one day. Made for an exciting story and hoping book 3 only takes half as long to write as I'm eager to read that next!
Read more
6 people found this helpful
Helpful
Report abuse

Rhonda Holle
5.0 out of 5 stars Top Notch!
Reviewed in the United States on July 9, 2017
Verified Purchase
What a thriller! It scared the heck out of me. I wasn't sure I could finish this scary psychological thriller but I'm a looky-loo, I had to know what happened next. THE ASHES reminded me a book I read some time ago not in theme but by the scariness. Max China, The Life and Times of William Boule. Vincent Zandri you are right up there with the best like Stephen King. Great work! The suspense is paced just right to keep you on your toes and the lights on. I didn't want to read it too close to bedtime so I wouldn't have nightmare. This also reminds me of some of the creepy Criminal Minds episodes. I'm still getting chills down my spine.
Read more
2 people found this helpful
Helpful
Report abuse

Kindle Customer Mimi Davis-Hopkins
5.0 out of 5 stars Know your neighbor and protect your babies
Reviewed in the United States on March 5, 2017
Verified Purchase
This is a well written story. The characters and the storyline are very well defined, this story took a lot of imagination, and the author did a great job. Imagine someone having a secret entrance into your home, and it's the children who knows that someone is in your home. That's scary.
Read more
6 people found this helpful
Helpful
Report abuse
See all reviews

Bron
5.0 out of 5 stars Vincent Zandri books are a great read.
Reviewed in Australia on November 9, 2018
Verified Purchase
I loved this item it is a great piece of work. The author can tell a story or two great book to read I can hardly wait for number 3 to come out.
Read more
Report abuse

Sue Hoare
4.0 out of 5 stars Thrilling all the way.
Reviewed in Australia on October 30, 2019
Verified Purchase
After reading the first book, I just had to read the second.
Read more
Report abuse
See all reviews