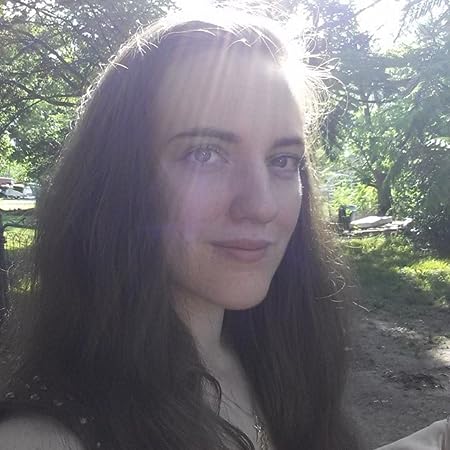 Subscribe to Ashley's newsletter for periodic e-mails about new releases, behind-the-scenes writing updates, and featured Young Adult novels by copying and pasting this link and filling out the form: https://goo.gl/UYvX6E

Ashley Maker is the author of UNDER THE TREES and A CURSE OF STONE AND MOONLIGHT. With a bachelor’s degree in English, a background in editing, and a job as a Secondary English teacher, much of Ashley’s time is spent thinking about fictional worlds, grammar rules, and how to effectively share those things with others. She loves hanging out with her husband, two young daughters, and their zoo of family pets in Oklahoma. Visit her online at www.ashleymaker.com

Join Ashley's exclusive Story Maker Reader’s Group to be eligible for exclusive content and giveaways, and to read Advanced Reader’s Copies of my stories before they release, by clicking here: https://www.facebook.com/groups/295373293959261/

Or connect with her on Social Media: 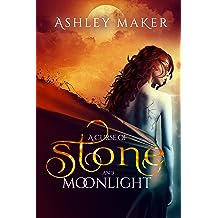 Cursed to become a marble statue in a private art gallery, Adele is at the mercy of a wicked sorcerer’s quest for revenge and something even more sinister. With her freedom hanging in the balance, she must decide whether to succumb to Wilmont’s repulsive wishes or remain frozen as just another piece of art in a chilling collection.

The only thing keeping her from going mad is a promise to her mother and curiosity about the other statues in the gallery, especially the one taking the likeness of Wilmont’s tragically lost son. Adele cannot help but wonder if he is human like her, imprisoned beneath marble skin. She vows to find out the truth and escape before it’s too late and she’s trapped forever.

Find out what happens to Adele in the captivating first installment of the Enchanted Revenge Short Story Series. 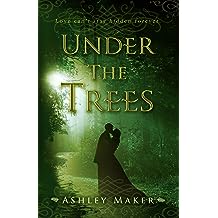 Under the Trees Mar 20, 2016
by Ashley Maker
( 71 )
$2.99
Desperate to prevent an abusive arranged marriage, Princess Araya flees to a neighboring kingdom, only to land at the mercy of the impulsive Crown Prince Thoredmund, who provides refuge in a secluded forest and teaches her survival skills. Her surprise at the unexpected hold the prince has on her heart mirrors his shock at falling for the one girl he can't have.

As the young couple's feelings for each other grow, the fragile alliance between the two kingdoms threatens to break apart. With a vengeful duke and an enraged king fast on their trail, Thor and Araya must decide how much they're willing to risk for love.

Even if staying together means starting a war.
Read more
Other Formats: Paperback 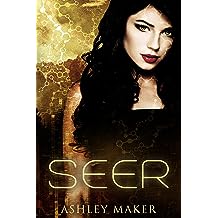 Seer Jul 18, 2017
by Ashley Maker
( 26 )
$3.99
When Clare Palmer accepts a scholarship to attend Evergreen, she thinks she's escaping her insane, estranged father, while also getting the chance to go to the school her late mother graduated from. Instead, she finds herself trapped in a scientifically-enhanced, combat-obsessed society called the Corasha who view her as a dangerous outsider.

Clare views herself as an outsider, too. Unwilling to accept the outrageous claims of those around her, she's ready to get out of Evergreen at the first opportunity, until unwanted and unstable visible abilities begin to surface, confirming she's a Seer, a biological anomaly that's both prized and guarded by the Corasha. The only person who knows about her phasing is Kade, the attractive yet infuriating mentor she's now indebted to, but trusting him comes with a price her heart might not be willing to pay.

Surrounded by dangerous secrets and hidden agendas, Clare must figure out who she can trust—and fast, because there's a war coming, and the last thing she wants is to become a weapon in the wrong hands.
Read more
Other Formats: Paperback