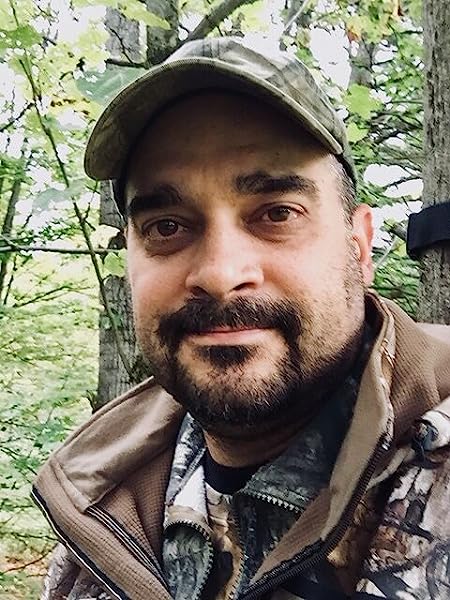 by Mark Allen (Author)
4.2 out of 5 stars 2,140 ratings
Book 1 of 2: The Assassins
See all formats and editions
Sorry, there was a problem loading this page. Try again.

HARD-HITTING ACTION WITH A WHOLE LOT OF HEART.

Burned by the betrayal of his best friend and embittered by the tragic death of his wife, former government assassin Gabriel Asher becomes a freelance gun-for-hire, trying hard to bury the past beneath a violent sea of bullets, blood, and booze.

But some sins refuse to stay buried…

Asher soon finds himself targeted by Black Talon, a brutal kill-team from his past led by the ruthless and legendary Colonel Macklin. Asher just wants to be left alone but when fate thrusts an ex-lover back into his life and she is caught up in the crossfire, Asher unleashes a take-no-prisoners war against his enemies. As the guns thunder and the bodies bite the dust, he finds the scars on his soul being ripped wide open.

With its full-throttle pace, hard-hitting action, and heart-wrenching emotion, The Assassin's Prayer is a relentless tale of redemption for those who know that sometimes bullets speak louder than words.

Publisher’s Note: The Assassin’s Prayer has been updated with new characters, major revisions, and an exhilarating new ending in this brand-new edition.

Mark Allen specializes in tough, hard-hitting fiction that slams you like a bullet in the face.

His action novel "The Assassin's Prayer" was optioned by Showtime. His horror script "Gristle"--now a gritty horror novel--was a semi-finalist in the prestigious 2010 Slamdance Screenplay Competition where it was called "a perfect blend of high drama and blood-and-guts slasher horror."

Allen currently lives in the Adirondack Mountains of upstate New York with a wife he loves, two daughters he adores, a pair of cats he hates with every fiber of his being, and enough ammunition to ensure he is never bothered by door-to-door salesmen.

ROSS A FIELDS
5.0 out of 5 stars Good book
Reviewed in the United States 🇺🇸 on January 25, 2023
Verified Purchase
Lots of action and finding out it was a old boss that killed his wife and a old lover help heal part of his troubled past
Read more
Helpful
Report abuse

Jack Badelaire
4.0 out of 5 stars A Cool Hired-Killer Thriller
Reviewed in the United States 🇺🇸 on May 21, 2014
Verified Purchase
THE ASSASSIN'S PRAYER is the story of Travis Kain, a killer-for-hire who once worked for the CIA, but now most often sells his services to organized crime. He lives in a state of almost constant melancholy after the death of his wife several years ago, using violence to dull the pain of his loss.

When we meet him, Kain is contracted to kill off another organized crime "made man" of some considerable status, and while the job goes mostly as planned, there are complications involving some innocent witnesses. Kain has vowed to never harm innocents (part of the "prayer" which gives the book its title), and so walks away from tying off these loose ends, an act that has serious consequences for him later on.

Kain also runs into an old flame from years gone by, and this kindles some old passions he thought were long-dead. There's a lot of conflicting emotions going on, as Kain tries to sort out his feelings for this old flame while still hurting from the loss of his wife.

To further complicate matters, the CIA - who never drop a grudge - sends one of their top "operators" after Kain, because apparently his departure from the Agency was less than mutually accepted. The operator who goes after Kain is a real sumbitch, and he's got a whole cadre of other sumbitches along with him.

All of this comes together to create a pretty action-packed, dramatic novel. Allen is a big fan of the action genre, and heaps it on with gusto. The violence is bloody and unforgiving, and some of the fights are spectacularly gruesome. If you're not into vivid depictions of violence and gore, this may not be the book for you.

Taken as a whole, TAP is a solid debut novel. There are a couple of major coincidences that form plot points in the story, and they'll either make or break a reader's enjoyment of the novel; either you'll accept them and move on, or you'll lose your suspension of disbelief and fall out of the story. I was willing to carry on and swallow the coincidences, but I'm sure it'll be a deal-breaker for some readers.

There is also a lot of emotional conflict, most of it tied to both the death of Kain's wife and the rediscovery of his long-lost flame, but there's also some deep-seated angst regarding his former best friend, whom Kain now despises. There were several times I just wanted Kain to cowboy up and quit weeping into his whiskey. If I wanted to be cheeky, I'd refer to Kain as an "Emo Assassin", but since the story moves at a pretty brisk clip, the maudlin moments don't slow the story down, and I think it helps distinguish Kain from the legion of near-robotic Grim Hired Assassins out there. Some other reviewers clearly liked a more complicated, emotional protagonist, while others found it annoying. As usual, your mileage may vary.

So if you're interested in a cool Hired-Killer Thriller, consider picking up THE ASSASSIN'S PRAYER. And if you're such a cheapskate that you don't want to invest $2.99 on the book, check out some of his other works, such as "The Killing Question" and "Resurrection Bullets". Allen has quite the collection of varied short stories, and I'm sure there's something for everyone.

James
5.0 out of 5 stars pretty in tense book!
Reviewed in the United States 🇺🇸 on December 15, 2022
Verified Purchase
Was a pretty intense book with a lot of action! You wonder ending would be good for the favorites! Good read!
Read more
One person found this helpful
Helpful
Report abuse

Amazon Customer
4.0 out of 5 stars Assassin's Prayer
Reviewed in the United States 🇺🇸 on July 25, 2022
Verified Purchase
An easy and enjoyable read. Unfortunately no redeeming quality, other than it offered something to do during my hourly trolley commute to my volunteer location.
Read more
Helpful
Report abuse

CW
4.0 out of 5 stars Good!
Reviewed in the United States 🇺🇸 on July 19, 2022
Verified Purchase
Suspense and detailed storyline! Recommend as a good read!

Could not put the book down and enjoyed it very much!
Read more
Helpful
Report abuse

Monica Campos
4.0 out of 5 stars enjoyed this book
Reviewed in the United States 🇺🇸 on April 27, 2022
Verified Purchase
Nicely paced, good excitement. Good summer book to read while on the beach. Will start the second book in this series shortly.
Read more
One person found this helpful
Helpful
Report abuse

Rowena Hoseason
4.0 out of 5 stars Locked and loaded
Reviewed in the United Kingdom 🇬🇧 on August 1, 2016
Verified Purchase
Stripped down to bare basics, this is a straightforward, high velocity, heavy calibre action thriller. An uncomplicated romp, it kicks off locked and loaded and barely grabs a breath throughout.

Travis Kain is a semi-retired killer with all the training, all the ordnance and all the moves. He also has a fractured psyche wrapped around a broken heart – his life was ripped apart when his best friend got it on with his best girl, and she subsequently committed suicide. Since then, Kain has been off the grid, freelancing, an extremely effective gun for hire. His old firm have left him well alone. Until now, when suddenly they come gunning for him… just when a private job goes wildly wrong and an old lover, vulnerable and available, stumbles onto the scene.
The result is a punchy sequence of action set pieces in which dozens die in semi-automatic shoot-outs and brutally bloody close quarters combat. Author Mark Allen offsets the ratcheting tension with quieter interludes of emotional intensity, while the fast-paced plot retains its pace and focus.
If you’re looking for new concepts, original ideas, technical depth, contemplative morality or complex political philosophy then keep on looking; you won’t find them here. There’s little to slow down the action or interfere with the plot, hence several of the subsidiary characters are little more than stereotypes from central casting.

This looks to be Allen’s first full-length novel, published a few years ago. His more recent books may well be more sophisticated than this earlier effort – but The Assassin’s Prayer definitely delivers gob-smacking moments from the first page to the last.
7/10

(There's a longer version of this review over at murdermayhemandmore.net)
Read more
One person found this helpful
Report abuse

Dave Hume
2.0 out of 5 stars Just about killing and shooting people.
Reviewed in the United Kingdom 🇬🇧 on May 11, 2022
Verified Purchase
There was a potentially decent story line that got washed away by relentless gun violence and fairly shallow character/relationship stuff. Its a big ask to sell a violent killer having a sense of "honour" and underlying decency and appeal to the reader. To be fair, the synopsis did say more or less what to expect, but I expected something more subtle and it wasn't.
Read more
Report abuse

Kindle Customer michael elliott
5.0 out of 5 stars Great
Reviewed in the United Kingdom 🇬🇧 on August 21, 2021
Verified Purchase
So many twists and turns it makes your head spin. A really good book from an Author i have not read before. I can recommend it to all readers of adventure stories.
Read more
Report abuse

somnus
4.0 out of 5 stars A Rip Roaring Yarn
Reviewed in the United Kingdom 🇬🇧 on April 6, 2014
Verified Purchase
No time wasted in this story, it goes from one desperate moment to the next for ex CIA agent Travis Kain. Lots of bone chilling murders and a strong stomach is needed for some of the descriptions of the aforesaid deaths. Lots of shooting and never a dull moment as this runs at the pace of an F1 driver. A good hard hitting thriller.
Read more
2 people found this helpful
Report abuse
See all reviews