You've subscribed to Tales from the Mirror Realm! We will preorder your items within 24 hours of when they become available. When new books are released, we'll charge your default payment method for the lowest price available during the pre-order period.
Update your device or payment method, cancel individual pre-orders or your subscription at
Your Memberships & Subscriptions
There was an error. We were unable to process your subscription due to an error. Please refresh and try again. 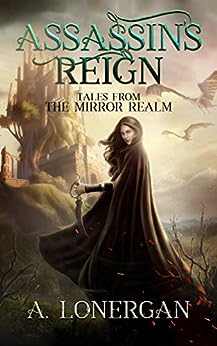 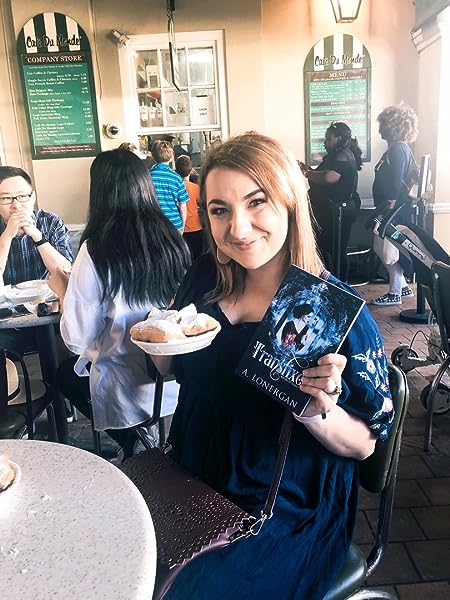 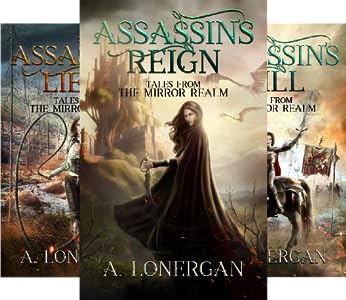 4.4 out of 5 stars
4.4 out of 5
40 global ratings
How are ratings calculated?
To calculate the overall star rating and percentage breakdown by star, we don’t use a simple average. Instead, our system considers things like how recent a review is and if the reviewer bought the item on Amazon. It also analyzes reviews to verify trustworthiness.
Top reviews

Kaley
5.0 out of 5 stars Holy moly.
Reviewed in the United States on January 27, 2020
Verified Purchase
Speechless. This book has left me speechless. Although it does end on a cliffhanger, it was sooooo good. I loved getting to see more of Cal’s world and the Mirror Realm. I can’t wait to see what happens next! Assassins Reign is definitely one of my new all time favorites! Five stars doesn’t do this book justice.
Read more
One person found this helpful
Helpful
Report abuse

Amazon Customer
5.0 out of 5 stars Loved it
Reviewed in the United States on March 15, 2021
Verified Purchase
Great book. Kept you interested the entire time. I liked how the main character evolves. Overall a great read. Wish it was longer!
Read more
Helpful
Report abuse

Terri Lynn Black
5.0 out of 5 stars Super great read!
Reviewed in the United States on December 4, 2019
Verified Purchase
I thoroughly enjoyed this book! As a SUPER HUGE bookworm it gave me a glimpse into a world that I don't often travel into! Give it a read, you won't be disappointed!
Read more
One person found this helpful
Helpful
Report abuse

Cynthia J Burgess
5.0 out of 5 stars Love Love Love
Reviewed in the United States on January 4, 2020
Verified Purchase
A. Lonergan never ceases to amaze me with her books! This one is just as amazing as she is!
Read more
One person found this helpful
Helpful
Report abuse

Amazon Customer
5.0 out of 5 stars Totally captivating
Reviewed in the United States on December 5, 2019
Verified Purchase
Totally captivating. Once I started reading I couldn't stop until the end of the book.
Read more
Helpful
Report abuse

fairestskyebooks
5.0 out of 5 stars Exciting Fantasy for fans of Sarah J Maas & Holly Black
Reviewed in the United States on December 3, 2019
An assassin puking her guts out on a shoddy ship crossing The Wasting Sea is the best opening to a novel that I’ve read in a long time!

Two kingdoms trying to unite through marriage. Hmmm...the Princess is missing. Enter Willow tossed into a world of magic and mystery.
A woman raised to cling to the shadows and fulfill the missions of her Emperor. A mission to find out what has happened to Princess Claudia and her sleazy brother and send them home. By blade and blood, Willow will do all she can as it’s not only her life, but her mother’s that will be forfeit if she fails.

I really enjoyed Assassin’s Reign. The novel had a fun mix of a surprise Agatha Christie-like mystery, coupled with a deep fantasy vibe a la Sarah J Maas.

The world building is strong and coherent. I really enjoyed the characters, though I would like more backstory to flesh out the protagonist. Since it ended on a cliffhanger, I will have to wait for the next book where I hope to learn more about Willow and Cal and the war to come.
Read more
One person found this helpful
Helpful
Report abuse

Lynn
3.0 out of 5 stars ALL SPOILERS IN REVIEW
Reviewed in the United States on December 30, 2019
I picked this up on a whim. I am in a group on facebook where authors offer their books for review and saw this beautiful cover and synopsis and decided to pick this up on kindle unlimited (KU) when it came out. As this was already on my TBR for January, I decided to just go ahead and check it out.

I loved the premise of this book and how flawed they were in the beginning. However, this book quickly takes on more than it can handle. SO many events happened in such a short period of time and I felt it didn't make sense. In the first 30 pages, the King already knows who she is. From there, I already predicted it was going to have a lackluster romance and DING DING, I was correct.

It seemed to unrealistic to me that she was found out and then was supposed to help them solve the death mystery. She had ONE interaction with Fin and suddenly she cared about her? Nah. Like Cal, they hadn't been together long enough for their to have been such intense feelings. Too much happens in a short period, the first book could have easily just been her solving the mystery and them finding sister and finding she was pregnant.

I also noticed towards the end, the editing wasn't very good and really needs to be checked and updated. There are several inconsistencies such as the beginning of chapter 34 states that Marid had been kidnapped and Ifrit fell into a slumber, yet a few pages later it states "He was the Cal that hadn't slept since Ifrit had been captured". Uhhhh, no. Wrong sibling...

There is also a paragraph in 34 that makes no sense. "...especially when Armia went to married. When Freya came from the barren lands, but they're tricky". What???

Another in chapter 38 when she is dressed for the ball and Cal tells her that she looks DIVINE. She sits there and thinks "....Fine? I didn't want to look fine." BUT THAT ISN'T WHAT HE SAID.

Overall, this book is a quick read with a lackluster romance and friendships and connection between characters that did not have time to properly develop. I'm curious to see them go to the mountains because when they woke up to train it said they were going to the mountains....but whatever. I'm interested to read the next one and the author said that it is in the works!
Read more
One person found this helpful
Helpful
Report abuse

Soulimpression
4.0 out of 5 stars Fun fantasy read!
Reviewed in the United States on December 4, 2019
I really enjoyed this book a lot! I love books with an assassin as the main character because they tend to be exciting and this is no exception! I found this to be an easy read that kept me interested throughout. It’s well written and I particularly enjoyed the world building and the non human characters. The author is excellent at describing the setting without being tedious so I could easily visualize the world and what was happening. I loved the non humans including orcs, goblins, and genies because they were so unique and interesting! Overall I liked Willow, the main character, although it took a little bit for her to grow on me and I also liked Cal, her love interest. I also liked that we got the story from different third person perspectives, although I will admit that the first chapter it switched away from Willow’s perspective I was a bit confused because I didn’t realize it had switched but it no longer sounded like Willow. So I went back a read the first couple pages of that chapter again and sorted it out in my head.

Overall this was a really fun read that I definitely recommend to people who love fantasy assassin stories! I will definitely be reading the next in the series if there is one!

I received an ARC from the author and I’m voluntarily leaving an honest review.
Read more
One person found this helpful
Helpful
Report abuse
See all reviews