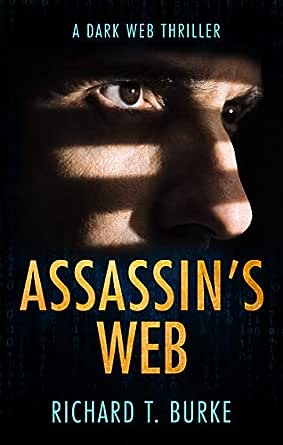 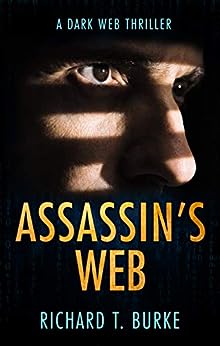 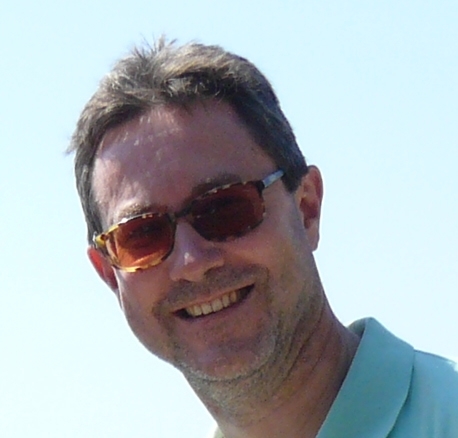 Clabe
5.0 out of 5 stars Nail-biting action!
Reviewed in the United States on August 23, 2019
Verified Purchase
It’s been a while since I read a book with the same level of edge-of-the-seat anxiety and anticipation as that possessed by Assassin’s Web. Kudos go to Richard Burke for excellence in writing tales of high suspense.

A high school English teacher without a clue inadvertently picks up a piece of paper while walking. On it is written a cryptic web address and odd login credentials. Curious?
Or cautious? Which would you be?

A couple is murdered in their home; a home located a few yards away from where the note is found. Connected? Or not? How could he know? Ninety-nine times out of a hundred, it would not have mattered.

But now, suddenly it does matter; and as the cliché says “curiosity killed the cat”- or curious English teachers.

Told in the first person, the main character finds himself at the mercy of unknown antagonists seeking to kill him. Through flashbacks, readers know our hero has an unhappy family past; the operative question being how is his past germane to the current story? The author is gifted at telling two seemingly unrelated parallel stories and kneading them together when appropriate. A reader may begin the suspect the perpetrator, but may not suspect the whole story until it is revealed at the end. Throughout, the main characters are sufficiently developed to fulfill their roles in a believable manner. In the case of the main characters, readers can easily empathize with their circumstances.

Assassin’s Web is teeth-gnashing entertainment from a writer of fine suspense novels and will take its place among his best. It should be enjoyed by any reader of suspense, thriller, police action, murder mystery, or other adventure novels.

Sheri502
5.0 out of 5 stars Try untangling this well woven web!
Reviewed in the United States on January 8, 2020
Verified Purchase
Author Richard T. Burke has woven quite a mighty web within his thriller Assassin’s Web. The story revolves around Alex Parrott (2 r’s, 2 t’s), a schoolteacher just starting his 6 week break in hopes of a vacation he’s been saving for. Out for a walk he accidentally finds a scrap of paper with both a user name and password for an internet site. Curiosity wins and Alex delves into discovering that it’s actually a site for assassins on the dark web. Is it possibly related to the recent murder site he just walked past?
Going to the police (with only a partial story) brings the police back with a warrant for the search of Alex’s house and confiscation of his computer.
Top news story tells the hunt for Alex is on, but is he the perpetrator or will he become the next victim in a series of murders? Tension builds as the action of each day is accounted for interspersed with memories from 25 years earlier watching his younger sister being abducted.
With well defined characters, believable tense situations and a great twist ending this book certainly earned all 5 stars.
Read more
Helpful
Comment Report abuse

Joanie
4.0 out of 5 stars Great Suspenseful Story!
Reviewed in the United States on September 5, 2019
Verified Purchase
Author Richard Burke knows how to write a suspenseful story. I wanted to keep reading to see what happens to poor Alex, an ordinary guy who gets mixed up in the underworld world wide web. If you enjoy suspense and a good thriller, you'll enjoy this book.
Read more
One person found this helpful
Helpful
Comment Report abuse

Bronco907
4.0 out of 5 stars I liked it
Reviewed in the United States on January 10, 2020
Verified Purchase
Not my usual genre, but I was looking for something different. Found it! The book kept me turning pages and staying up late.
Read more
Helpful
Comment Report abuse

Pawmom
5.0 out of 5 stars Assassin's Web
Reviewed in the United States on January 6, 2020
Verified Purchase
I enjoyed this book very much. It was suspensful and believable. I liked the characters and the surprise ending!
Read more
Helpful
Comment Report abuse

booklover
TOP 1000 REVIEWER
4.0 out of 5 stars Curiosity Killed The Cat
Reviewed in the United States on August 22, 2019
Many thanks to the author / TBC Reviewer Request Group (FB) for the digital copy of this crime fiction. Read and reviewed voluntarily, opinions expressed here are unbiased and entirely my own.

Alex Parrott was almost a witness to a terrible crime. He was also almost a murder statistic.

On one of his walks, he finds a scrap piece of paper. Not until later does he unfold it. The paper shows a website, as well as user name and password.

Giving into temptation, he enters the information and finds a site that deals in contract killing...an assassin web.

Now someone wants him dead . And they're willing to do whatever it takes to eliminate him. Six people have been murdered in this quest. The police have him branded as a pervert and as a prime suspect in the grisly series of murders. His family has been destroyed. He's running for his life.

Unsure of who to trust ... if anyone .... how does he stay alive long enough to uncover the truth and clear his name?

This thriller grabs from the very first page and retains the suspense until the explosive, unpredictable ending. The action moves at a pace guaranteed that the reader will not want to stop reading. The characters are outstanding and the story premise is excellent.
Read more
3 people found this helpful
Helpful
Comment Report abuse

SVG
5.0 out of 5 stars A fun fast read
Reviewed in the United States on August 8, 2019
This was one bumpy ride. I couldn't believe the speed at which this book read, 3 hours, and I was done. Amazing

Curiosity killed the cat, and it was one such fated day when Alex decided to be curious on one of his walks where he found a piece of paper with a website, user name, and a password. Giving in to the temptation, he entered the Dark Web and realized the site was for contract killing. An assassin web, and he was caught when someone followed his digital footsteps. The hit men soon chased him, the cops branded him as a pervert and murderer, involved in 6 murders, too were hunting him down. His family was destroyed. How would he get out?

My first book by author Richard T. Burke and it was mind blowing. A thrill a minute. The author's writing cast a web around and left a trail of crumbs for me to follow deeper into the tangled mesh where I knew resisting was of no use. I just had to follow the story till the last page. I was too caught up in the intriguing narration.

The book did not allow the main character to rest too. He was walking, running, limping, hopping, and at one point, traveling in the bumper of the car to stay one step ahead of the killers. But all was not lost. The author added a good Samaritan to the team, an assassin turned protector, who helped to save Alex's life. The book took some deep twists and turns and there were times I was barely holding on.

The writing was fluid, with a atmospheric feel of a race against time. Short snappy chapters made the pages fly. What a rush!!
Read more
2 people found this helpful
Helpful
Comment Report abuse
See all reviews from the United States

Robosquid
5.0 out of 5 stars Deftly plotted thriller
Reviewed in the United Kingdom on September 3, 2019
Verified Purchase
A thoroughly enjoyable book, worthy of the description 'thriller'. The characters were believable and relatable, and the plot was complex with a surprising twist, yet everything that happened was plausible. I felt sorry for main character Alex - a completely normal, average guy who made a daft spur-of-the-moment decision and was suddenly dropped into a life or death game of cat & mouse. Despite a string of murders there were some light moments - e.g. Alex having to travel in the boot of a car again and again.

The ending was good - everything explained, no loose ends. Recommended.
Read more
Helpful
Sending feedback...
Thank you for your feedback.
Sorry, we failed to record your vote. Please try again
Report abuse

Ayladen
5.0 out of 5 stars Great, fast-paced read.
Reviewed in the United Kingdom on August 22, 2019
Verified Purchase
I really enjoyed this. Interesting story with believable characters and intriguing plot! I was concerned I might find the darkweb tricky to comprehend but it was well explained and entirely plausible.
The tensions builds making it a real page-turner and I didn't see the twist. 5/5
Read more
Helpful
Sending feedback...
Thank you for your feedback.
Sorry, we failed to record your vote. Please try again
Report abuse

Farefield
5.0 out of 5 stars Excellent
Reviewed in the United Kingdom on January 10, 2020
Verified Purchase
Excellent story written in an enjoyable and engaging way - I read it all the way through unable to put it down between chapters! Looking for more from this author.
Read more
Helpful
Sending feedback...
Thank you for your feedback.
Sorry, we failed to record your vote. Please try again
Report abuse

Lorraine Garant
5.0 out of 5 stars Wow factor!
Reviewed in Canada on January 21, 2020
Verified Purchase
Assasin's Web is a fantastic dark web novel. Alex Parrott is at the wrong place at the wrong time when he finds a piece of paper with a web address and password on it. Of course curiosity gets the best of him and he signs on and this is where the story develops into a hit and run of a story. It's an edge of your seat, page turning roller coaster ride. A definite winning novel!
Read more
Helpful
Sending feedback...
Thank you for your feedback.
Sorry, we failed to record your vote. Please try again
Report abuse