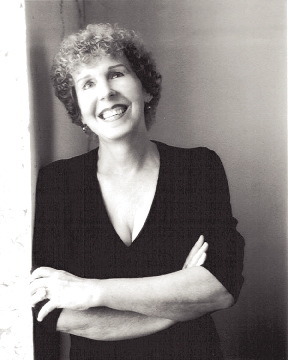 by Tamar Myers (Author)
3.8 out of 5 stars 24 ratings
See all formats and editions
Sorry, there was a problem loading this page. Try again.
Read more Read less
Previous page
Next page

Hilarious situations...a treat to read. -- Charleston Post and Courier
Tell the Publisher!
I'd like to read this book on Kindle

3.8 out of 5 stars
3.8 out of 5
24 global ratings
How are ratings calculated?
To calculate the overall star rating and percentage breakdown by star, we don’t use a simple average. Instead, our system considers things like how recent a review is and if the reviewer bought the item on Amazon. It also analyzes reviews to verify trustworthiness.
Top reviews

bri james
4.0 out of 5 stars assault and pepper
Reviewed in the United States on April 15, 2019
Verified Purchase
enjoyed the book, been reading the most of them,
Read more
Helpful
Report abuse

Marilyn H. May
4.0 out of 5 stars Assault and Pepper
Reviewed in the United States on May 15, 2011
Verified Purchase
This is the fourth or fifth in a series that I have read. I enjoy the antics of the anti-hero, the family history and the mystery. It's an amusing read, light and upbeat.
Read more
Helpful
Report abuse

Ethel S. Rasure
3.0 out of 5 stars Assault and Pepper
Reviewed in the United States on February 9, 2013
Verified Purchase
The first books in this series are better . . . I liked the series but I have not followed Magdalena since the birth of Little Jacob, tho.
Read more
Helpful
Report abuse

Kimberly O’Rosky
3.0 out of 5 stars Three stars
Reviewed in the United States on January 21, 2016
Book 13 in the Pennsylvania Dutch mysteries. Meet Magdalena Yoder. She's a sarcastic, hot cocoa loving, Mennonite and owner of the Penn Dutch Inn in Hernia, Pennsylvania . This book jumps right into the mystery from the very first sentence. At the annual chili cook off, Reverend Schrock blesses the food seconds before meeting his demise and falling face first into his steaming bowl. Was it simply his heart or was he murdered by a fellow parishioner? Magdalena quickly finds herself drawn into the investigation when the Reverend's widow, Lodema, suggest her husband's chili included peanuts - something everyone knew the beloved Reverend was highly allergic too! Follow along as Magdalena uncovers shocking secrets the good Reverend was trying to hide and even learns about a nemesis who might just be family. I haven't read this series since 2007. This is a very, light, cozy mystery. It contains more humor than it does a good thick mystery. Although, I was quite surprised by who the culprit turned out to be in the end. I like the main character and her uncensored, naive remarks. The book definitely had gaps in the storyline, but overall it was entertaining and fun to catch up with the unique cast of characters.
Read more
One person found this helpful
Helpful
Report abuse

Drebbles
VINE VOICE
3.0 out of 5 stars Nicely Done
Reviewed in the United States on January 17, 2006
When Reverend Schrock dies while judging a chili bakeoff, his widow, convinced that someone murdered her husband by putting peanut butter into the chili (he was allergic) asks Magdalena Yoder to investigate. Magdalena has been helping her brother-in-law, police chief Melvin Stoltzfus, solve cases for years and is happy to oblige. When Melvin tells her he is quitting her job, Mags find herself working alone. As she works to solve the case, Magdalena uncovers many secrets about Reverend Schrock that shock her. Little does she realize that more surprises will come her way, including a long buried family secret. But the biggest shock of all will come when she realizes who murdered Reverend Schrock.

"Assault and Pepper" is an entertaining mystery. Magdalena, a somewhat naive Mennonite with a taste for hot chocolate, is a hoot, especially as she discovers that Reverend Schrock was not quite was he seemed (not only was he a bigamist and an embezzler, but (gasp!) he was a bowler!) As always, the supporting characters are larger than life, especially Melvin, but are still fun to read about. Magdalena can be a bit acerbic, but the affection between her and her cook, Freni, and even her sister Susannah keep her lovable. Author Tamar Myers even pokes fun at herself, as astute readers who have visited her website will notice.

Unfortunately, while this book is better plotted than some of the other books in the series, which sometimes rely too heavily on humor, the plot still has some flaws. The motive for a second murder is never explained and Magdalena looks for what is supposedly a key piece of evidence, but why it is so important is not explained either.

Still, flaws aside, Assault and Pepper is a good read, with a surprising ending (in more ways than one) which may take the series in an entirely different direction.
Read more
One person found this helpful
Helpful
Report abuse

Amazon Customer
5.0 out of 5 stars Full of surprises
Reviewed in the United States on December 8, 2004
Magdalena Yoder looks forward to the Beechy Grove Mennonite Church annual chili supper cook-off but her anticipation turns to horror when her beloved Reverend Schrock dies after sampling one of the dishes. His widow is convinced that he was murdered and that someone put peanut butter, which everyone knows he was allergic to, in one of the dishes. Magdalena doesn't want to believe that someone hated the preacher enough to kill him but she agrees to investigate the case even if she doesn't like the widow.

To her surprise, her brother in law Hernia's chief of police "Melvin the Mantis" tells her he's quit his job and he wants her to investigate the case because after testing products, it was found that peanut butter was in one of the chili dishes. After talking to various people she finds that the Reverend Schrock was not the saint she thought he was. His crimes include embezzlement, bigamy, spousal abuse, his refusal to perform a marriage ceremony and much more. When Magdalena gets close to unveiling the perpetrator, he kidnaps her friend and cook and wants to exchange her for one million dollars in getaway money.

Readers are going to want to buy ASSAULT AND PEPPER just to find out who the killer is. Nobody will guess the person's identity and it will come as a total shock to fans who have read this charming and delightful cozy series. Tamar Myers has changed the entire direction of the series storyline keeping it fresh and original. This reviewer will definitely want to read the next book in the series to see what direction the author takes her heroine next.